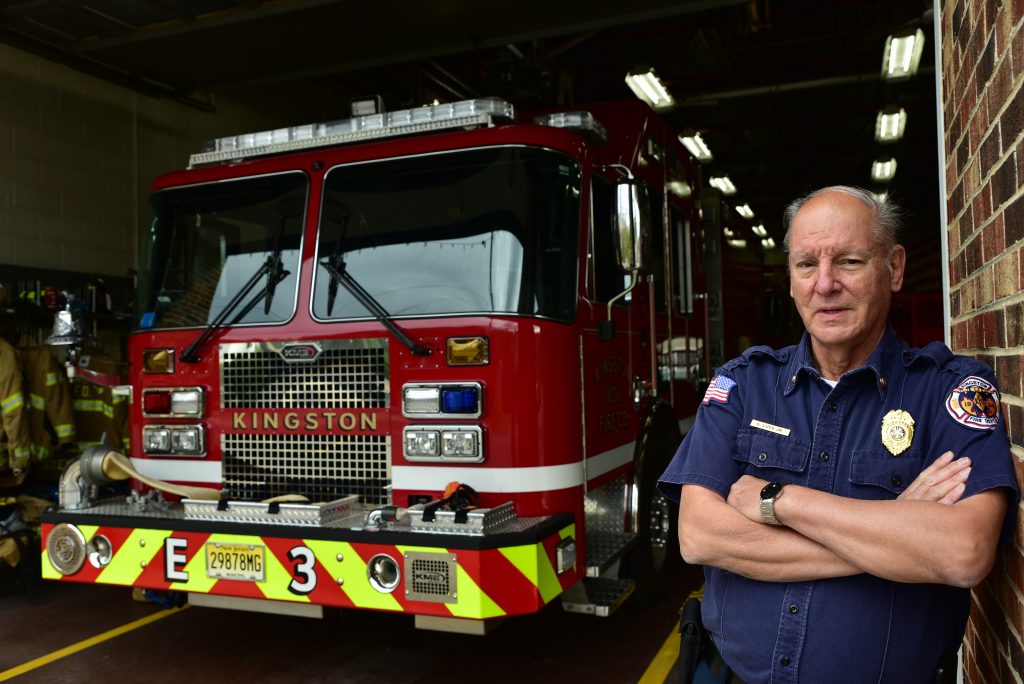 Luck joined the department in 1966 – which encompasses Franklin Township Fire District No. 4 and South Brunswick Fire District No. 3 – serving four separate terms as chief for a total of 23 years over the course of his more than 54 years in the fire service.

“My father, grandfather and three uncles were all members of the company, so one reason was family tradition. As a young boy I remember the excitement that was generated in the house when the fire siren blew to alert the members there was an emergency,” he said. “I would run up the street to watch the fire trucks leave the building on the way to the call. I joined the department as a junior member as soon as I was eligible.”

Back then, the department was completely made up of volunteers from the community.

“It was male dominated and the roster was composed of around 100 members. At least 40 of them were firefighters, while the rest acted in support roles, such as fundraising. The firefighting training was done mostly at the local level. I was part of the first group from our company that attended a county fire academy,” he said.

Luck said funding for the fire company came from small stipends from local governments, with the balance of money coming from fundraising activities the membership was involved in. The fundraising activities involved Bingo, door-to-door campaigns, flower sales, dinners, pancake breakfasts, and whatever else would help pay the bills and buy new equipment, he said.

“It became difficult to raise the necessary funds, so the governing bodies began to contribute more and eventually we became a fire district in 1979,” Luck explained. “The fire district is an elected body that provides for the funding of the firefighting equipment, etc.

“Today we have 48 members, of which 24 are firefighters, including women. Members are now required to attend a county fire academy where they are certified as a firefighter in New Jersey. When I first became a firefighter, we just grabbed coats, boots and helmets from the side of the apparatus. Today, everyone is assigned their own personal equipment. Then we were alerted by the fire siren on top of the firehouse, today we are alerted by pager, and text messages,” he said.

Luck said there are many stories to tell from his years of service.

“It is hard to pick just a few, from so many memorable calls. There were many that had frightening aspects to them and many that had the adrenaline flowing. The most important thing I remember from whatever call it has been, is the feeling of satisfaction of safely completing the job at hand, and for the countless thanks of gratitude received from the many individuals we have helped,” he said.

“As chief I am responsible for setting up tactics at a fire and implementing the plan to bring the fire or emergency under control in a safe and efficient manner.

“The chief also is responsible for documenting any response made, filing reports with the county and state, making sure all mandatory training is accomplished and documented. I also had to attend a variety of local chiefs association meetings along with preparing monthly reports for the fire company and fire districts.

“I was also responsible to make sure all maintenance was done on all of the apparatus and equipment. I also had the responsibility to supervise the per diem staff who worked for the fire district during the weekdays,” Luck said.

The community of Kingston is so special, Luck said, because its rich history dates back to 1675.

“It is a small village where most people know their neighbors and care for one another,” he said.

Luck will continue his work as a volunteer firefighter in Kingston, though his retirement was effective Dec. 31, 2020.

He will serve as the vice president for 2021, and will also be an engineer, which has the responsibility of teaching the operation of the apparatus to the members.

“I also hope to be able to mentor our newest members,” Luck said.

“His many hours of commitment to the Kingston community, his exemplary leadership to our members and the countless hours he has contributed in volunteer service are all to be commended,” department members posted on their Facebook page.

“George Luck Jr.’s superb volunteerism will continue as he takes on other roles and duties in the fire company, all in addition to his extraordinary efforts as a Kingston historian, a trustee of the Kingston Historical Society, and as the cemetery secretary of the Kingston Presbyterian Church,” the resolution reads.

“The strength and prosperity of the State of New Jersey and the vitality of our American society depend upon such concerned and industrious individuals as George Luck Jr., whose steadfast courage and sense of community have greatly informed his sterling reputation. … It is altogether proper and fitting for this Legislature to pause in its deliberations to acknowledge George Luck Jr. as a man of strong character and exceptional determination.” 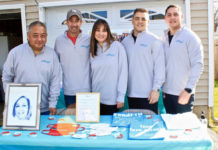 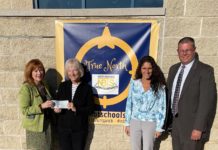