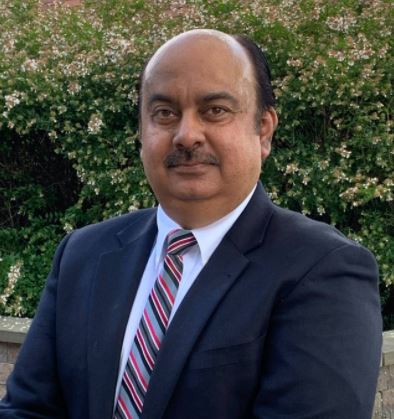 SOUTH BRUNSWICK – Raja Krishna, Mike Mitchell and Smitha Raj have officially joined the South Brunswick School District Board of Education for the next three years.

Krishna, Mitchell and Raj were sworn in to their new positions during the board’s reorganization meeting on Jan. 7.

Krishna is vice president of operations for a supply chain management company. He has been an Army officer for 14 years.

He volunteered as a USA swimming official for three years and has been affiliated with Princeton University swimming clubs.

He has been the secretary and treasurer of the steering committee of Defense Services Officers Institute New Jersey for 10 years, serving the tri-state area. He has been part of the New Jersey Edison Cultural Organizing Committee for eight years.

He is the founder/vice president of the Greater Middlesex Conference Tennis Coaches Association, a member of the South Brunswick Lions Club, and a former committee member of the New Brunswick Juvenile Justice Commission.

Raj has lived in South Brunswick for almost seven years. She works as a statistical programmer.

After the oath of office was administered to the new members, Stephen Parker nominated Barry Nathanson to once again serve as the board’s president.

Nathanson is a 24-year resident, 18 of which he has served on the school board. He is a master board member certified by the New Jersey School Boards Association. He previously served on the Zoning Board of Adjustment and is currently a member of the Planning Board.

“He did an admirable job under the circumstances of the past year,” Parker said of Nathanson.

Then, Joseph Scaletti nominated Ray Kuehner for the position of board vice president.

Upon accepting the nomination, Kuehner said he will make sure students have a safe learning environment, taxpayers will get the best bang for their buck, and the committees will work together as a team.