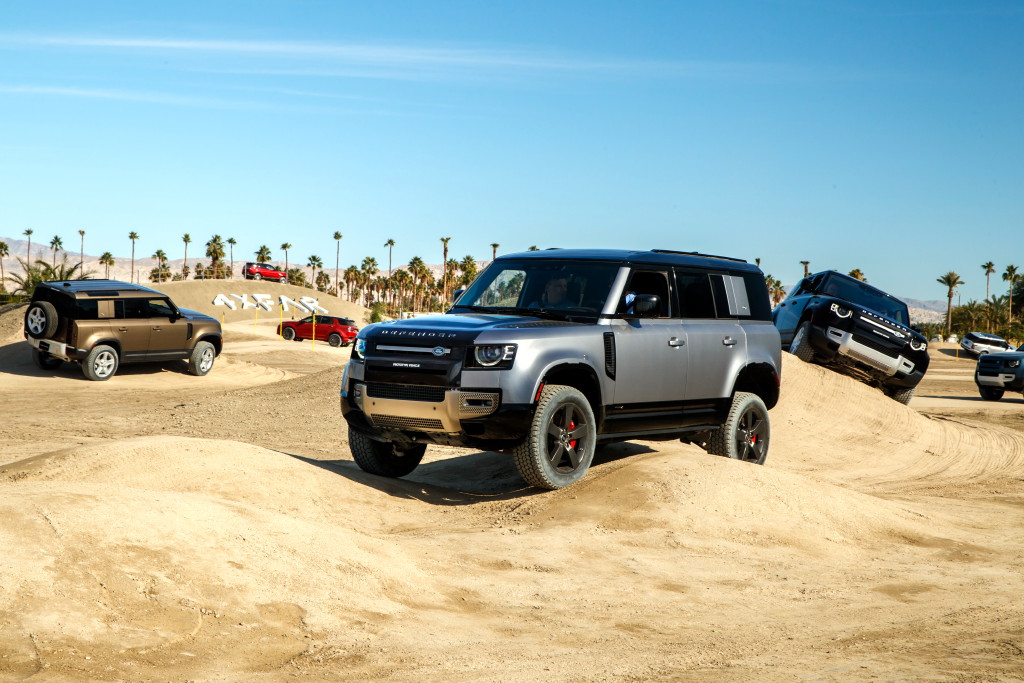 Old is new again.
Retro is in.

That seems to be the theme these days with some car manufacturers as they harken back to the nostalgic ’40s, ’50s or ’60s to bring back popular iconic models in a repackaged old but new look.

Chevy did it with the Camaro. Ford is doing it this year by bringing back the once popular Bronco. Dodge certainly has had much success when this concept by bringing back more modern and stylized versions of the Charger and Challenger.

Not to be outdone, Land Rover has reached back into its truck/SUV vault to bring back the iconic Land Rover Defender.

The Land Rover Defender 110 – which is what I am reviewing this week – was actually styled after a very rugged British four-wheel drive off road vehicle first produced in 1948. This steel-framed truck gained a worldwide reputation for ruggedness and versatility.

Land Rover had a continuous run of 67 years of producing the Defender, pumping out over 2 million units in that timeframe. It ended production of the Defender in January 2016.
Now, it’s back with a vengeance.

Needless to say, it’s been a smashing success.

The new Land Rover Defender line recently won accolades as it was named Motor Trend’s 2021 SUV of the Year.

“We are thrilled to honor the Land Rover Defender with our SUV of the Year award,” says Motor Trend Editor-in-Chief Mark Rechtin. “Part of the word ‘transportation’ is not just driving but the feeling of being transported. The moment you get into a Land Rover Defender you are transported. Every design element gives the sense of journey, safari, moving outward into the world with courage.”

Needless to say the folks at Land Rover were thrilled with the truck of the year award.

“It’s a great achievement and an honor for the new Defender to be selected as the SUV of the Year from Motor Trend,” says Joe Eberhardt, president and CEO of Jaguar Land Rover North America.

Personally, I first saw the new/old look Defender at the Philadelphia car show in 2019 where it was unveiled in a sneak peak presentation. I was impressed then with its new, but ruggedly old, look. But, of course, I didn’t get a chance to drive it.

More recently I had the privilege of jumping behind the wheel of the 2020 Land Rover Defender 110 SE – the four-door version – for one week for some real-life road testing.

The first thing I noticed about this new Defender was how ruggedly awesome it looks. My tester had a Gondwana Stone colored exterior with black rimmed, off-road 19 inch tires with an Ebony leather interior.

The Gondwana Stone is a light green that suits this vehicle just fine – giving it a military-like look.

The next thing you notice, after you jump into this rig, is how it was designed to be a sporty or utilitarian type vehicle but at the same time it is loaded with all the most modern tech.

The 10-inch touch screen infotainment system is one of the best in the business and the back up camera and surround camera system is simply astounding in its clarity and usefulness.

However, at the same time, the interior is Jeep rugged. There are no carpeted mats. Instead it is outfitted with very durable all-weather terrain mats, so if you accidentally drag some mud into the vehicle there will be no worries.

Moreover, the grab handles, shelving and compartments are comprised of a tough, polyurethane composite that lends itself to taking this vehicle on a safari with you.

In regular around town driving, the Defender performs well. It is comfortable to drive, a bit top heavy because it has a high center of gravity, but overall it handles well, takes bumps extremely well and is a pretty good highway cruiser as well.

But, that isn’t where this vehicle really struts its stuff. To really get the feel of the overall competence of this truck, you have to take it off road.

The folks at Motor Trend took their Land Rover Defender to the rugged terrain of Namibia’s Skeleton Coast when they tested it.

Obviously, I didn’t have that luxury. But, the sandy trails of South Jersey’s Pinelands would have to do for my test drive.

Needless to say, if the newly redesigned Defender was able to chew up the terrain of Namibia and win truck of year honors at the same time, handling the sandy Pinelands trails was kid stuff. And, it was.

The Defender performs best when it’s chewing up sand and gravel beneath its wheels and spitting it all out with ease. It holds the off-road quite nicely and you feel very confident that whatever mud puddle, sandy patch or small log that gets thrown in its path, you could handle it with ease.

The government’s EPA fuel consumption ratings for this vehicle come in at 19 miles per gallon overall with 22 mpg in highway driving and 17 mpg in city driving.

The EPA estimates the annual fuel cost of operating the Defender to be $2,550 as it uses 5.3 gallons of gas per every 100 miles driven.

This vehicle has not been safety crash tested yet by the government.

My tester was powered by a 3.0 liter, six cylinder engine that puts out 395 horsepower.

Peter Perrotta’s On The Road column appears weekly. For questions or comments he can be reached at pperrotta@comcast.net. 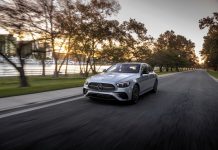 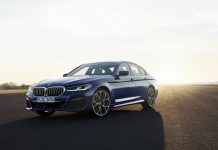 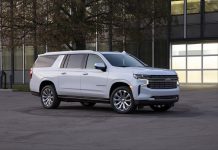