After listening to more than two hours of testimony about a proposed affordable housing development next to the Lawrence Shopping Center, the Lawrence Township Zoning Board of Adjustment has postponed the public hearing to its Feb. 17 meeting.

The zoning board spent more than two hours discussing some of the finer points of RPM Development’s proposed project, parsing over details such as the height of the buildings, aesthetics, the size of the apartments and the amount of storage space in them at its Jan. 20 meeting.

The three-story apartment buildings each will be 39 feet tall, which exceeds the 35-foot height maximum. The height will not be noticeable from the street, because the land slopes downward by 13 feet from its highest point on Texas Avenue, said Charles Latini, the applicant’s planner.

However, some zoning board members were concerned about the height of the apartment buildings and their aesthetic impact. Zoning board member Peter Kremer suggested a “balloon” test, in which a balloon or similar object would be suspended at 39 feet to provide a clearer, visual representation.

Since the apartment buildings will face the back wall and loading docks of the Lawrence Shopping Center, it was also suggested that a mural could be painted on the back wall of the shopping center buildings.

Latini and Anthony D’Agosta, the project architect, agreed that a mural would “soften” the look for residents whose view would be the back of the shopping center. The goal is to beautify the area and not so much as to screen it, they said.

But zoning board member Charles Lavine was critical of the mural and questioned its impact.

“In my eyes, your mural does not cut the mustard,” Lavine said.

Kendra Lelie, the zoning board’s planning consultant, said the mural would help. Landscaping is planned for the area between the development and the shopping center, but evergreen trees would only help to screen the view from the first- and second-floor apartments. The residents in the third-floor apartment would be looking at a concrete wall.

“(There is) limited ability to beautify the area. I think the mural will help. It’s a product of the site plan and layout,” Lelie said.

“You will have three or four or five or six people living in an apartment. There is no storage, outside of a couple of closets. How will a family exist in a small apartment? I lived in a garden apartment (complex), and there was a balcony and storage,” Lavine said.

D’Agosta said RPM Development’s apartments are “on the large side.” Each apartment will have a closet in the bedroom, plus a coat closet and a pantry. The residents do not have excessive storage needs, he said.

Kevin Kavanaugh, who is RPM Development’s vice president of development, said the units proposed for the Lawrence site are “oversized” as compared to what the company typically builds. He said the buildings will include a community room with computer stations, social services staff and room for yoga, movie nights and pizza nights.

Zoning board members, looking at the clock and the board’s curfew, decided to continue the public hearing at the zoning board’s Feb. 17 meeting. It is expected that the public will be able to ask questions of the applicant at that meeting. 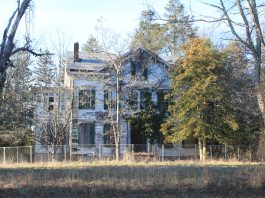