FREEHOLD – A $619,987 contract has been awarded by the Borough Council for improvements to three Freehold Borough roads.

On Feb. 1, council members awarded the contract to Lancha Construction Corp., Jamesburg. The contract will pay for planned improvements on Frances Drive, Berkeley Place and Yard Avenue, according to a resolution.

According to the resolution, the work on those roads is part of the 2020 road improvement project. Plans and specifications for the improvements were designed by borough engineer William Wentzien, who recommended that Lancha Construction Corp. receive the contract.

The cost of the work will be partly covered by a $310,000 grant Freehold Borough received from the New Jersey Department of Transportation, according to the resolution. The remaining $309,987 will be covered by the borough’s operating budget, which has sufficient funds available.

In other business, council members appointed Hoplite Communications to serve as a cellular, wireless and 5G telecommunications consultant for 2021.

And, the council authorized the extension of a lease with the YMCA of Western Monmouth for the use and operation of facilities in the rug mill building on Center Street.

According to a resolution, borough officials entered into a lease agreement with Norcap Financial for premises designated as Suite 101 in the rug mill building.

Municipal officials subsequently entered into a sublease agreement with the YMCA for the premises to be used and operated by the YMCA as a community center with a focus on teen youth and senior activity programs.

Under the terms of the lease, Freehold Borough and the YMCA each pay half of the total rent that is owed to Norcap Financial. The sublease with the YMCA expired on Dec. 31, 2020. Borough officials and YMCA administrators agreed to extend the lease through March 31, 2022, according to the resolution.

The resolution notes that due to the ongoing coronavirus pandemic and executive orders that have been issued, veterinary offices have been operating with limited hours.

As a result, the ability of pet owners to bring their pets for timely vaccinations and/or to provide proof of vaccination has been affected. To assist residents, borough officials agreed to waive the late fees for dog licenses until April 1. 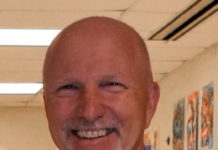