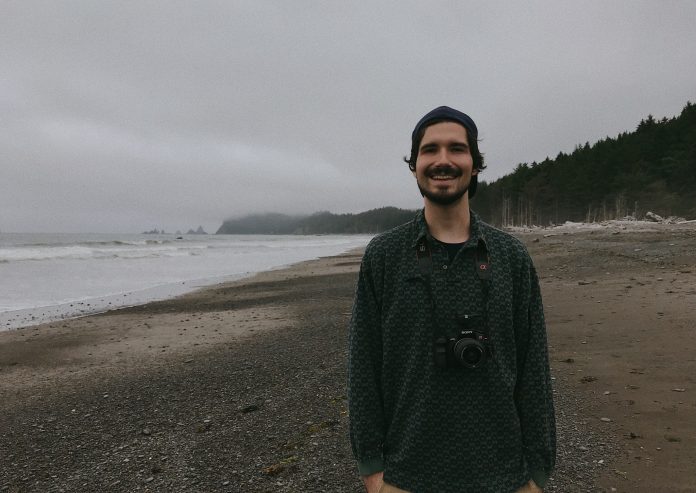 “The Last of Us Part II,” a video game that has earned critical acclaim from players and critics around the world, was created in part by a native of Marlboro who graduated from Colts Neck High School.

Martin Pietras, a graphic designer who specializes in 3D environments and texture, worked on in-game cutscenes involving two main characters in the game, Joel and Ellie, as well as a playable environment in the game.

Explaining his work, Pietras said, “My role as a 3D material artist was painting the digital sets and backgrounds in the cinematics and the game environments, and creating materials that would be applied to them as well.

“I would then define the interaction between all these materials. For example, we would take a look at a building in a post-apocalyptic world and address different needs for that object.

“How would the windows look? What areas would have cracks? Are there streaks from constant rain on these buildings? Is there moss and nature overtaking this building now? These are all questions we ask ourselves when deciding how to approach creating the materials for these surfaces,” he explained.

In regard to his education, Pietras said, “The program was very wide in scope, introducing students to topics such as graphic design, fine art and even silk screening techniques. It was great at the time because I knew I wanted to pursue a career in the arts, but I didn’t quite know what avenue to pursue. The exposure to different topics at the Monmouth County Vocational School District helped guide me toward more technical aspects of computer graphics.

“Once I knew what area of art I wanted to pursue, I began pursuing a degree at the Rochester Institute of Technology for 3D Digital Design. During my time in the program I specialized in ‘texturing’ and creating 3D ‘sets,’ or environments.
“Basically, I studied creating sets and backgrounds that used to be (created) physically back in the day for film; now everything is done digitally and composited with green screens,” Pietras explained.
Pietras works for Sony’s PlayStation Games studio in San Diego, Calif., as a 3D artist. He previously worked at Amazon as a 3D Materials Artist.
Since “The Last of Us Part II” has been released, it has accrued more than 250 gaming awards from media outlets and readers choice outlets. The new game is the sequel to the critically acclaimed “The Last of Us” which was released in 2013.
Pietras said, “For me it was always a dream to work on a project like this. The team is super-talented and the project itself is pushing the narrative and visual bar for games.
“The art style and the world they created is great for a texture artist because you get to create all this decay and overgrowth of human-made materials. It feels amazing and humbling to be such a small part of a project of this magnitude.”
Share
Facebook
Twitter
Email
Print
Previous articleResidents enjoy the snow in South River
Next articleScenic beauty in East Brunswick after snowstorm