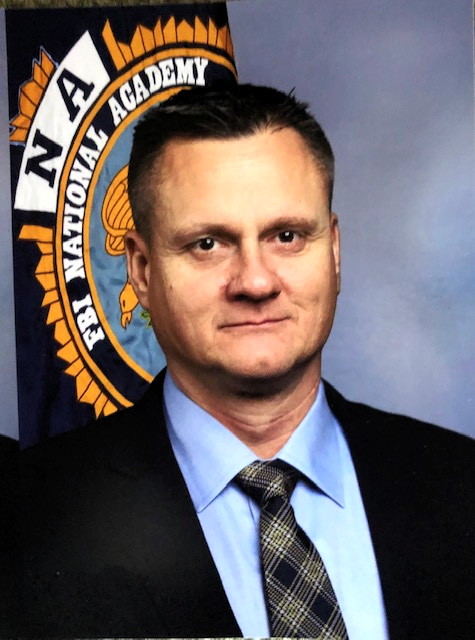 MANALAPAN – Edward Niesz, who has served in the Manalapan Police Department for 24 years, has been promoted to the rank of police chief.

Niesz succeeds Michael Fountain, who retired at the end of January after serving 27
years with the department. Fountain became Manalapan’s police chief on April 1, 2016.

The four officers promoted in the wake of Fountain’s retirement were Edward Niesz to police chief; Leonard Maltese to deputy chief; Thomas Mantle to captain; and Michael Hoppock to lieutenant.

According to information provided by municipal officials, Niesz began his law enforcement career as a college intern with the U.S. Customs Office of Enforcement, working with special agents in Newark while attending college.

He was serving as the Patrol Division commander prior to his appointment as police chief during the first week of February.

Maltese joined the Manalapan Police Department in December 2003 after graduating from the Monmouth County Police Academy.

Maltese served as a patrolman until his selection to the Detective Bureau in 2009. He was promoted to sergeant in 2013 and became the detective sergeant in 2015.

Maltese was promoted to lieutenant in 2016 and served as a patrol watch commander.

In February 2019, Maltese was promoted to captain and was in charge of the Administrative Division of the police department. As deputy chief, Maltese will be assigned as the Operation Division commander.

Mantle was hired by the Manalapan Police Department in July 1998 and served in the Patrol Division until he became a detective and was assigned to the Monmouth County Prosecutor’s Office Narcotics Strike Force in 2005.

Upon his return to duty in Manalapan in 2006, Mantle was assigned to the Detective Bureau. While in Manalapan, he has served as president of PBA Local 229.

In January 2013, Mantle was promoted to sergeant and returned to the Patrol Division. In February 2015 he attained the rank of lieutenant.

In January 2017, Mantle graduated from the FBI National Academy, Session 267.

Hoppock began his career with the Manalapan Police Department in 2003. He worked as a patrolman until 2012, when he was assigned to the Investigations Bureau as a detective.

Hoppock remained in the role of detective sergeant until his promotion to the rank of lieutenant in early February. He will serve as a watch commander in the Patrol Division.