HOLMDEL – The Holmdel Ad Hoc Committee on Human Relations has issued a preliminary report and a series of recommendations for residents and municipal officials to consider.

Ad hoc committee member Robert Shearer outlined the report for members of the Holmdel Township Committee during the Feb. 9 meeting of the governing body. The meeting was conducted in a remote manner during the ongoing coronavirus pandemic.

Shearer said the ad hoc committee was formed by municipal officials in 2020 after public comments were made about a blue line that was painted on Crawfords Corner Road in front of police headquarters in 2016 as a show of support for law enforcement personnel.

The members of the ad hoc committee sought to address the public’s concerns about racism and discrimination, according to the preliminary report.

Shearer said the key findings of the ad hoc committee are that:

• While the panel’s membership represents a range of perspectives and diversity in terms of age, personal and professional experience, years of Holmdel residency, religion, culture, ethnicity, and race, we recognize that we do not represent every subgroup or identity in Holmdel;

• The impact of national and international problems​ ​does not dissipate at the borders of Holmdel. The township is influenced by and engaged in statewide and national discourse on many levels. As Americans, we share common concerns. Still, the committee recognizes that we cannot use a cut and paste approach to resolving these problems or concerns. We need solutions that specifically address the dynamics of our community;

• The history of racism and discrimination in Holmdel has deep roots. Sadly, Holmdel is not immune from our nation’s history of slavery. However, by understanding that history and acknowledging past harms, we can take steps toward preventing future harm and creating a stronger community;

• New Jersey law requires that law enforcement personnel undergo various training that address community policing issues. The Holmdel Police Department has fulfilled these training requirements and has established policies that, if executed properly, protect citizens from discrimination by law enforcement. Other than official arrest records, that do not indicate racial discrimination, the only way to gauge discrimination is through citizen complaints. There are no official complaints on record. The lack of formal complaints is not proof that there has been no discrimination. There are real obstacles to making formal complaints. It would be difficult for the township to address issues of which it is not aware.

Shearer said the ad hoc committee has made seven recommendations, each of which is described in detail in the report, which has been posted on the municipal website.

• Sign a “Stand Up for the Other” pledge. In essence, a promise to speak up and challenge bigotry in any form;

• Create and publicize a summary of Holmdel’s current relevant policies to increase awareness and encourage reports regarding police and citizen interaction;

• Restore Holmdel’s historic African American cemetery. The site is beyond the homes on Canyon Woods Court;

• Institute regular town hall meetings to give members of the public opportunities to participate in dialogue with municipal officials outside the confines of a regular Township Committee meeting;

• Establish a series of community education events aimed at raising awareness and facilitating discussion about topics that could include race, religion, gender, etc.;

• The Blue Line. The ad hoc committee wrote that “regardless of the town’s original intent (in painting the blue line outside police headquarters), it is clear the line means something different today to many.

“The symbol has been appropriated by white supremacist groups and the blue line now has the effect of making some members of our community feel unwelcome, and even threatened, in Holmdel. The committee finds this impact unacceptable.

“It should not be ignored that the blue line flag was carried alongside Confederate flags and Nazi insignia by the insurrectionists who breached our nation’s Capitol on Jan. 6, 2021.

“When it comes time for the section of Crawfords Corner Road that contains the blue line to be repaved, we recommend to the governing body that the blue line not be replaced. We advise that our roads only be marked for the purposes of traffic safety,” the ad hoc committee wrote in its report.

Shearer thanked the Township Committee members for listening to the presentation.

Deputy Mayor Cathy Weber expressed her thanks to the members of the ad hoc committee who “put in incredible time and effort” to produce their report.

“This (ad hoc) committee makes me feel proud to be a Holmdel resident and elected official,” Weber said.

Mayor Greg Buontempo also thanked Shearer and the members of the ad hoc committee for their efforts. He accepted the preliminary report on behalf of the governing body and said it would be the subject of a future discussion regarding the possible implementation of the panel’s recommendations.

Feedback from residents regarding the contents of the report and the ad hoc committee’s recommendations is welcome, Rountree said during the meeting. 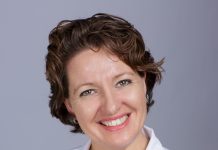 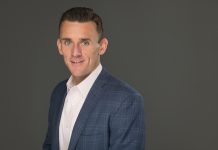