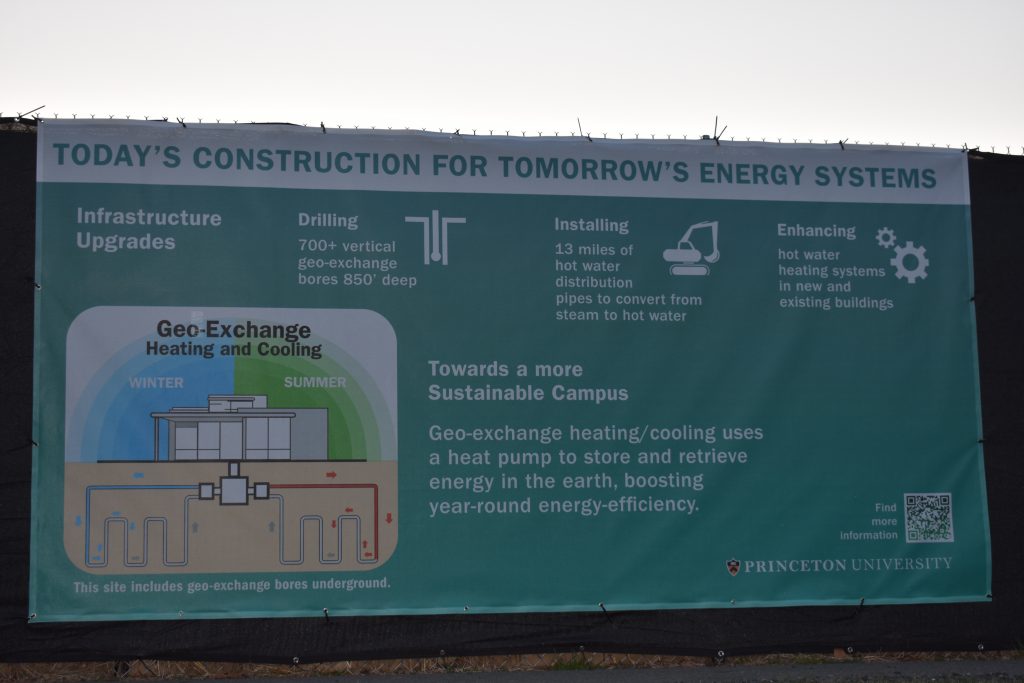 Outside of the proposed site in Princeton for the TIGER facility. ANDREW HARRISON/STAFF
× 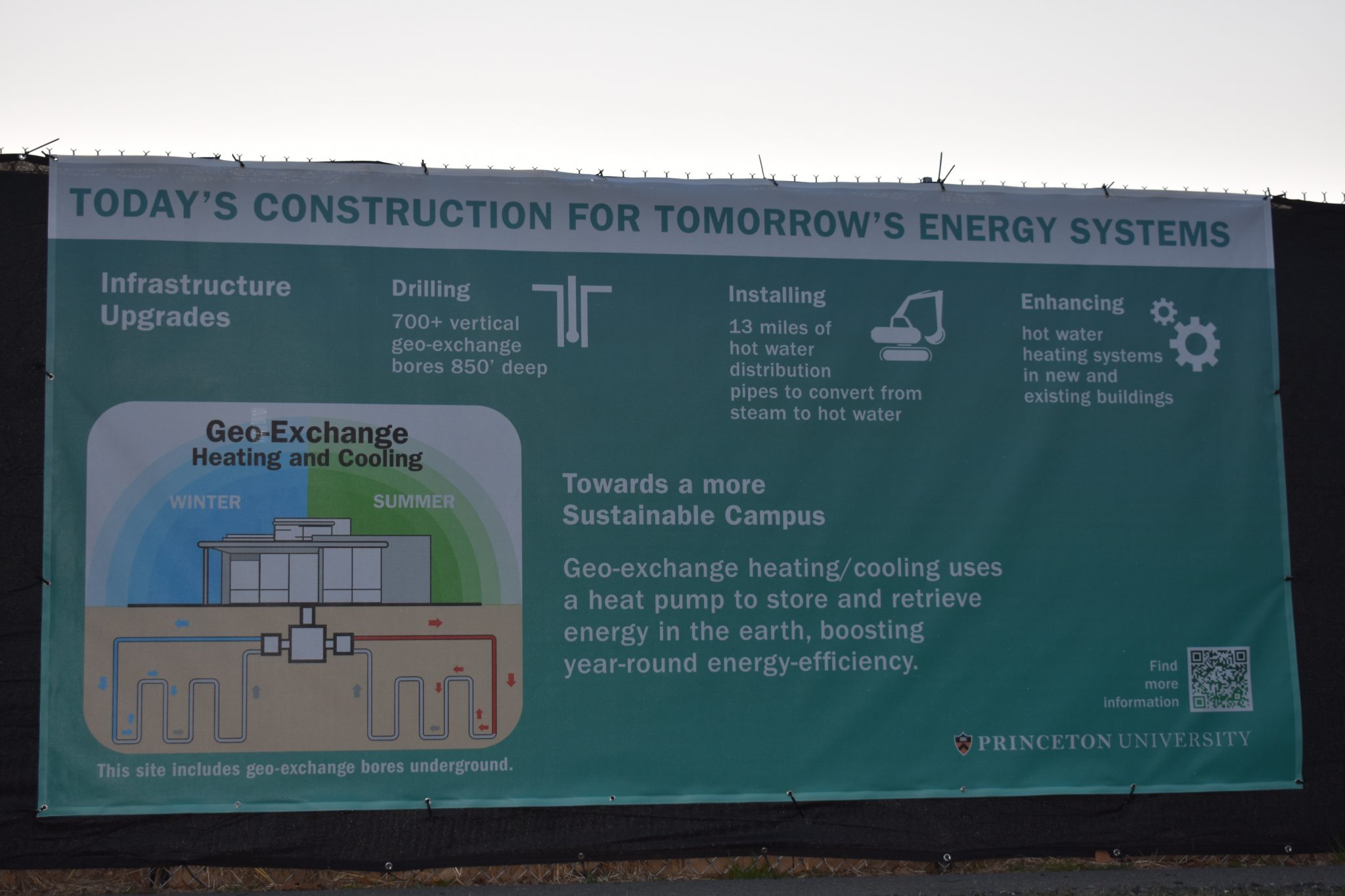 Outside of the proposed site in Princeton for the TIGER facility. ANDREW HARRISON/STAFF

In an effort to mitigate noise and sound concerns, improved plans were presented to the Princeton Planning Board for a proposed Princeton University geo-exchange and athletics operation facility.

When the board reconvened for the TIGER facility application’s public hearing on Feb. 18, a vote on whether to approve the application had not taken place as the hearing was continued to a March 11 special meeting. Attorney Bruce Afran, who is representing objectors to the application, will continue with his cross examination in the hearing at that time.

Chair Wanda Gunning will no longer be part of the public hearing as she recused herself from the current application to avoid any perceived conflict of interest after residents raised complaints and inquiries about her participation.

The improved plans presented at the February meeting by representatives of Princeton for the one-story facility are now proposing an added sound enclosure around the transformers, reducing the size of the acoustic louvers (framed ventilation openings) on the east elevation of the building, and adding a site acoustic wall along the east façade of the facility.

Point one of the changes specific to the sound enclosure around the transformers located to south of the building, between the TIGER building and two energy storage tanks, now has a proposed redesign for a noise shield metal acoustic panel system that would go on all four sides of the transformer. The original design for the enclosure previously presented was just a security screening.

“You will recall in the last meeting there was some conversation on whether the transformers could be relocated to the west side of the tanks. I pointed out that it would conflict with the desire to screen the tanks with landscape, but instead we could make a commitment to surround those tanks with a sound enclosure,” Princeton University architect Ron McCoy said.

Additionally, McCoy described the building as being wrapped by an additional acoustic wall on the east façade of the building and wrapped on the northern end to capture any escaping sound going to the north toward the University NOW (UNOW) Day Nursery, a child care center. The nursery is to the north of the project’s site.

“The third point, the addition to acoustic wall, is the most significant change that will reduce the sound and noise emanating from the facility. The acoustic wall will either be an acoustic metal panel system similar to what we are putting around the transformer or it will be a concrete wall with an acoustic plaster,” he said. “The second point of reducing the size of the acoustical louvers is related to the third point.”

The proposed construction of TIGER energy and athletics operation facility is on five acres of land located on the east side of Fitzrandolph Road between Faculty Road and 185 Broadmead St. The building structure and exterior equipment yard are more than 40,000 square feet.

Along with the main building the project includes two thermal energy storage (TES) tanks to the south of the project. The tanks are used to store water that will heat and cool the campus, according to application documents.

Residents during public comment on Feb. 18 raised concerns about the location of the proposed project and changing sound decibel estimates presented by the university.

Gary Bass, a parent of a UNOW child, asked why the facility could not be located next to DeNunzio Pool.

“That seems to be an option that would allay my concerns. I am troubled by the noise estimates that keep moving to me that suggests that we do not know how noisy it will be when the building is done,” he said.

McCoy said the campus master plan is a flexible framework and the university would make adjustments to evolving needs.

“To the point that the campus master plan that showed the facility located at the base of the potential flyover, we began to realize that saving the land at the base of the flyover was a higher opportunity site that should be held in reserve to serve the unpredicted needs of the institution,” he said. “A building like this which is really unmanned and quiet and does not have traffic in and out would be well suited for the Fitzrandolph site.”

The senior acoustical consultant for the project, Julie Fischer, responded to the concern of the changing noise estimates by stating that the numbers have changed due to the evolution of the design throughout the process of the building being designed.

The sound levels between 45-50 dba (decibels) from all equipment operating simultaneously were being predicted in the range of the UNOW Nursery School prior to the improve changes presented that were presented. With noise and sound improvements they predict sound levels between 35-40 dba, according to the presentation.

In addition to those concerns, residents also pushed for the university to make a commitment to adjustments if the numbers prove wrong for UNOW and the nearby residences. Representatives for the university did not agree to a guarantee or commit to anything in writing requested by several of the residents at the hearing.

“We are happy with the redesign and think it is great, but we want a condition in there by the planning board that they stick to the numbers, because I think most of us are satisfied if the numbers do not move,” Princeton resident Todd Cronan said.

Attorney Christopher DeGrezia, of law firm Faegre Drinker Biddle and Reath, who is representing Princeton University, said the university takes the issue very seriously and continues to do and volunteer ideas well beyond expectations.

“We have heard testimony that we will comply with (about) the nuisance code and the state noise code. The modeling shows the noise/sound levels will be substantially less,” he said.

If approved, the university is expected to open the completed TIGER and athletics operation facility in December 2022.

This proposed one-story TIGER facility is the latest proposed project from Princeton University that is before the planning board for review, as the university moves forward with its plans to develop the East Campus. The university’s planned developments include an East Campus Garage, new Princeton Soccer stadium and practice field, and the current proposal of a geo-exchange resource and athletic operations facility. 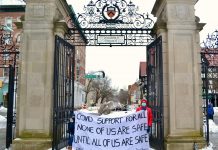