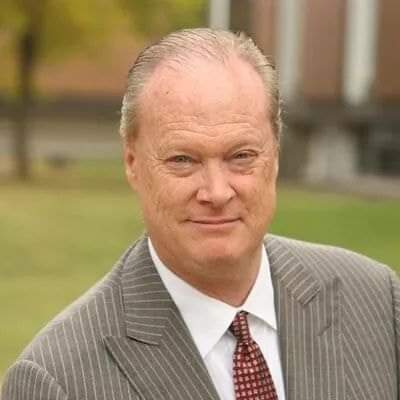 EDISON – The sudden passing of state Superior Court Judge Peter Barnes III on Feb. 22 has left longtime friends and colleagues reeling. He was 64.

“This is a tough time for me and my family,” said Middlesex County Commissioner Charles Tomaro, who said he and Barnes were best of friends growing up together; both attended John P. Stevens High School in Edison. “His life will be a lasting memory for the rest of my life.”

The pair screened together for Edison Township Council seats with the Edison Democratic Organization (EDO) in 1995. With a difficult road to victory, they pounded the pavement from Memorial Day to election night, knocking on doors and eating pizza from local eateries from Tony’s Pizza and Restaurant to La Rosa’s Pizza every night because Barnes’ love of pizza, Tomaro said.

“We knocked on doors until we were elected,” Tomaro said as he recalled the campaign.

Barnes served for 12 years on the council from 1996 to 2007. He served twice as council president.

“He served as council president during his first term on council,” Tomaro said. “There was nobody as loyal as Peter Barnes. If he gave you his word, he did what he said. There’s not many people like that.”

Tomaro said at least once a year they would vacation together with their families. Three years ago, they went to Italy; last year he noted Barnes did get to vacation in Key West, Florida, before the novel coronavirus pandemic, but the families were not able to get together.

“We were looking forward to vacation together again,” Tomaro said.

Barnes received his Bachelor of Arts in political science from Gettysburg College, received his Master of Business Administration in management from Fairleigh Dickinson and received his law degree from Widener University School of Law.

He served for seven years in the New Jersey General Assembly from 2007-13 before serving as a New Jersey state senator for three years. While a senator, he served as vice chairman of the Law and Public Safety Committee, a member of the Budget and Appropriations Committee and the State Government, Wagering, Tourism & Historic Preservation committee.

“Pete Barnes was truly a special person,” said state Sen. Patrick Diegnan Jr. (D-18), who succeeded Barnes’ Senate seat when he became a Superior Court judge. “His accomplishments speak for themselves: renowned attorney, Edison council president,  member of the New Jersey Assembly, state senator, Superior Court judge. However, those achievements don’t define who Pete was. He was a caring and loving human being. In every position he held he worked to help others. Above all else Pete’s priority was his family and friends. The world is a better place because of Pete Barnes. He is surely smiling down from heaven.”

Craig Coughlin, speaker of the New Jersey Assembly (D-19), issued a statement on the passing of Barnes on Feb. 23.

“We mourn the loss of Judge Barnes today,” he said. “It was an honor to know and serve with him in the Legislature. He was a dedicated public servant whose love for New Jersey and its residents helped lead to important reforms throughout the state.”

Further, Coughlin said “throughout his career and in the numerous positions Peter served within the state, he impacted many.

“His influence was vast and his contributions to New Jersey and its communities will be lasting,” he said. “My heart goes out to his wife Katie and his children.”

Edison Police Chief Thomas Bryan said he has known the Barnes family since he was in high school. He attended J.P. Stevens with Barnes’ sisters and was a good friend of Barnes’ father Peter J. Barnes Jr., who passed away in 2018.

“I worked with Peter Barnes when he was an Edison council member many years ago while I was the [Edison Police Department’s] union president,” he said. “I continued to maintain a friendship with Peter throughout our careers and commonly joined him at many township functions. Pete will be missed very much by our great community and the positive influence he had on so many people. He has made so many contributions to the residents of Edison Township throughout the years.”

Mahesh Bhagia, chairman of the EDO, released a statement through social media on Feb. 23. He called Barnes “a true public servant” who made “a profound impact on Edison, Middlesex County and the state.”

“A fierce advocate for increasing the minimum wage, reducing sexual assault on college campuses, and recovery housing for those suffering from substance abuse; Judge Barnes was a state senator for the people of our community,” he said.

Assemblyman Andrew Zwicker (D-16) said, “Judge Barnes was a dedicated public servant with a unique ability to work with anyone in order to serve New Jersey and the residents of the 18th District. Barbara and I extend my sincere condolences to his wife Katie, mother Barbara, his children, and the entire Barnes family during their time of mourning.”

Former Edison Councilwoman Joan Kapitan, who now lives in Florida, served on the council with Barnes.

“We have lost a pillar of our community, he will be sadly missed,” she said.

Former Mayor Antonia Ricigliano said “it was a privilege to have worked with a young man who was dedicated to the concept of public service.”

“Peter Barnes began his career as a pro bono attorney for the Edison Democratic Organization and worked his way up the proverbial ladder, culminating as a State Superior Court judge,” she said. “Peter will be missed by family, friends and those whose lives he touched in both common and profound ways throughout his lifetime.”