The new officers graduated from the Cape May Police Academy on July 2, 2020. Police Chief Michael Biennas and Mayor Stephen Dalina introduced the officers on Feb. 24.

“We wish them all well in their new roles with the department,” he said.

Heather M. McClain is a 2004 graduate of South Brunswick High School where she was a varsity basketball player. McClain attended Centenary College from 2004-06 and later graduated from The University of Scranton in 2008 with a bachelor’s degree in criminal justice. She began her career in law enforcement as a 911 dispatcher at the Camden County Sheriff’s Office in Woodbine, Georgia, according to the statement. Prior to attending the Cape May Police Academy she worked as a Monroe Township Police Department 911 dispatcher.

Jake D. Lloyd graduated from Manchester Township High School in 2017. Lloyd earned an associate’s degree in criminal justice from Ocean County Community College in 2019. Lloyd received his NJ PTC SLEO II certification from the Ocean County Police Academy in May 2019. His law enforcement career began when he was hired by Toms River Police Department as a SLEO I where he served from April to September in 2018 for seasonal help. Prior to going to The Cape May Police Academy he worked at Mantoloking Police Department as a SLEO II for seasonal help, according to the statement.

Martina Stewart is a 2014 graduate of Marlboro High school where she was a four-year varsity athlete in soccer and two years in lacrosse, leading both teams as captain, according to the statement.. Stewart then attended Brookdale Community College from fall 2014 to spring 2016. She then transferred to Willington University where she earned a bachelor’s degree in business management in the spring of 2019. During her college years, she continued to play soccer at both Brookdale and Willington University.

Benjamin N. Ostner is a 2007 graduate of Freehold High School. Ostner attended Centenary University from August 2007 to May 2008. He then attended the College of New Jersey from August 2008 to May 2012 and studied at American College of Education. Ostner graduated with a bachelor’s and master’s degree in history, special education and educational administration. He was employed at the Monroe Township High School as a special education teacher from July 2012 to October 2019 and he was employed by New Brunswick High School as their varsity wrestling coach from November 2017 to October 2019, according to the statement. 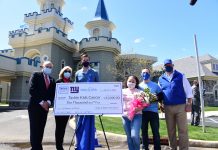 A little girl lives on through one big wish 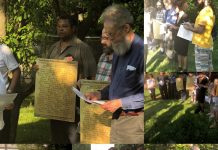