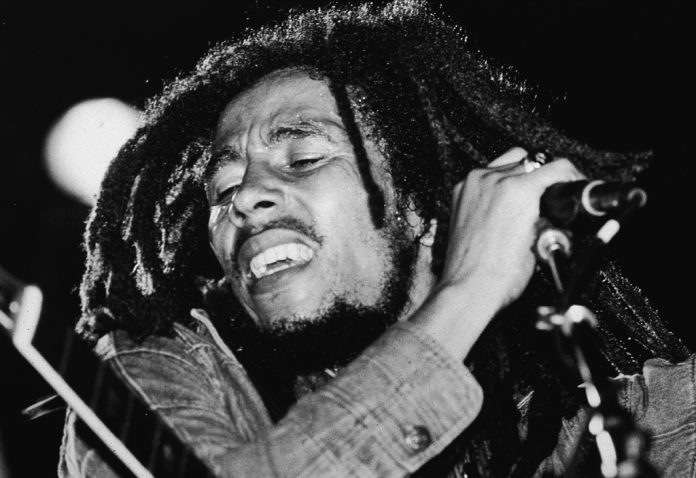 1981 was a year of contrasts, with significant endings and beginnings taking place on the small screen and in the real world alike.

Minutes after Ronald Reagan is sworn in as the 40th president in January, Iranian officials announce the release of 52 American hostages who had been held for 444 days.

Muhammad Ali loses what turns out to be his final fight. After 19 years, Walter Cronkite signs off on his last broadcast of CBS Evening News. Singer Bob Marley (pictured) dies at the age of 36. The first cases of AIDS are clinically recorded in Los Angeles.

On the happier side of things, two significant weddings made news: In July, a worldwide television audience of 750 million people watch the elaborate wedding ceremony of Charles, Prince of Wales and Lady Diana Spencer. And in November, fans of the soap opera General Hospital make the wedding of characters Luke and Laura the highest-rated hour in daytime television history.

In other “firsts”: The first American test-tube baby is born in Norfolk, Virginia. Sandra Day O’Connor becomes the first female Supreme Court justice. The space shuttle Columbia becomes the first reusable manned spacecraft when it returns from orbit in April. It will complete 27 missions, before disintegrating during reentry in 2003.

On television, HBO and Showtime both announce that they will become 24-hour networks. In August, MTV becomes the first 24-hour music video channel; “Video Killed the Radio Star” by the Buggles is the first music video to air.

The shows Dallas, The Dukes of Hazzard, M*A*S*H, The Jeffersons and Three’s Company are among the top-rated shows. New shows that premiere this year include Dynasty, The Greatest American Hero, Hill Street Blues, Entertainment Tonight and The Fall Guy.

At the box office, top films are Raiders of the Lost Ark, Stripes, An American Werewolf in London and The Cannonball Run, while on the radio, these karaoke classics of the future are popular: Kim Carnes’ “Bette Davis Eyes,” “Endless Love” by Diana Ross and Lionel Richie, “Lady” by Kenny Rogers, Rick Springfield’s “Jessie’s Girl,” and “9 to 5” by Dolly Parton.

Other forms of entertainment had a big year as well. The first game of paintball is played in New Hampshire and the arcade game Donkey Kong is released in the U.S. The stainless steel DeLorean automobile (the one with the wings) rolls off the assembly line — it will be featured in the film Back to the Future in 1985.