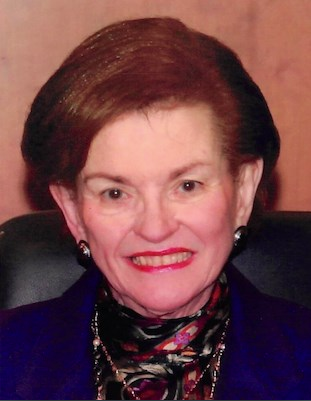 Messages of support are pouring in for the family of Blanquita (Bird) Valenti, a longtime Middlesex County Freeholder and New Brunswick City Councilmember.

“It is with great sadness that we learned of the passing of a colleague and friend, former Freeholder Blanquita Valenti. Blanquita was an inspiration across the county, particularly for those in the minority community, as she not only shattered convention by becoming the first Latina to win a countywide election in Middlesex County, but she founded one of the county’s most active human services organizations, the Puerto Rican Action Board (PRAB). A mother and grandmother, Blanquita’s love for the youngest in our community was reflected in her career, spending almost four decades as an educator in both high school and university settings,” the Middlesex County Board of Commissioners, which was previously named the Middlesex County Board of Chosen Freeholders, released in a statement on March 10.

“Each of our lives are made greater to have known and served on the board with Blanquita and for those of us that benefitted from her mentorship. Her kindness was a signature, felt deeply by those who had the privilege to spend time with her, and she leaves behind a rich legacy of change driven by her service. Our thoughts are with Blanquita’s loved ones at this time. We hope they find peace in remembering the countless ways Blanquita touched and transformed the community she loved so much.”

Valenti passed away on March 9 at age 87 at her home in New Brunswick.

Born in Santurce, Puerto Rico, to the late Esteban A. and Blanca (Sanchidrian) Bird, she graduated from Rosemont College in Pennsylvania, according to her obituary provided by Selover Funeral Home in North Brunswick.

She taught Spanish at John F. Kennedy High School in Woodbridge for 32 years before her retirement.

She earned a master’s degree in teaching from Seton Hall University and in Spanish and Latin American literature from Rutgers University.

She served on the board of directors for Saint Peter’s University Hospital and Middlesex County College and was a founding and charter member of the Puerto Rican Action Board and a founding member of ASPIRA, Inc. of New Jersey.

Among her many accolades, she was named “Woman of the Year” by the New Brunswick Sister Cities Association.

She helped achieve non-homelessness for veterans, was named “Who’s Who” for advancing the culture of the Latino American Business Community and was honored in a joint resolution of the NJ State Senate and General Assembly paying tribute to her meritorious record of service, leadership and commitment, according to her obituary.

Valenti served on the Middlesex County Board of Chosen Freeholders for 15 years, from 2004 to Dec. 31, 2019; and the New Brunswick City Council from 1990 to 2010, the first Latino City resident to do so, and was chosen by her fellow council members to serve as council president and council vice president, according to information provided by the City of New Brunswick.

Valenti’s late husband, Carl, an attorney and former City Commissioner, served many years on the New Brunswick Free Public Library Board of Trustees. In 2008, the library dedicated the Carl T. Valenti Community Room in recognition of his service to New Brunswick, according to the statement.

Assembly Speaker Craig J. Coughlin (D-Middlesex) released a statement saying, “Blanquita Valenti was a dedicated public servant and historic trailblazer. After shattering glass ceilings for the Latinx community across Middlesex County, she devoted her time to bettering local schools, advocating for seniors, veterans and people with disabilities, and improving quality of life for families.

“She will be remembered for her compassion, her determination and her unwavering commitment to her community. Middlesex County is better for her efforts, and we are forever grateful for her service.”

Assemblywoman Yvonne Lopez (D-19) released a statement saying, “Blanquita’s legacy as an elected official will endure as she embodied what all elected officials aspire to be. She was thoughtful, compassionate, and above all else community-minded. Blanquita worked tirelessly every day on behalf of the residents of Middlesex County and her voice will certainly be missed. She will continue to inspire me, and I am forever grateful for her friendship and service.”

U.S. Senator Bob Menendez (D-NJ) commented in a statement, saying, “It is with deep sadness that we mourn the loss of former Freeholder Blanquita Valenti. She was the first Latina to serve on the Middlesex County Board of Chosen Freeholders, a champion for children and a gentle lady with an iron will. In her 15 years on the board, Blanquita helped create programs and services to support children, older adults and people living with disabilities, provide more affordable housing and tackle veterans’ homelessness in the county. Her four decades of public service included more than 30 years as an educator, positions on several community boards and organizations in New Brunswick and throughout Central Jersey, and as an advocate on issues affecting the Latino community. Blanquita has left her mark and will be sorely missed. I express my sincere condolences to her family and all those whose lives have been impacted by her work and leadership.”

For more information on Valenti’s service to the county, visit www.middlesexcountynj.gov/Spotlight/Pages/December-2019.aspx 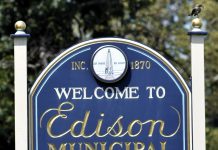