The fate of an affordable housing development, proposed for a 4.3-acre parcel next to the Lawrence Shopping Center, will be decided at the Lawrence Township Zoning Board of Adjustment’s March 17 meeting.

The zoning board heard three hours’ worth of testimony and public comment at a special meeting March 10, but ran out of time to complete the public hearing on RPM Development LLC’s proposed 70-unit affordable housing development.

All of the units, with the exception of one that would be set aside for the onsite superintendent, would be affordable to low- and moderate-income households.

Lawrence Township resident Jasmine Surti said she approved of the proposed development because providing affordable housing is “the right thing to do.” There are families in the community who are having trouble being able to continue to live in Lawrence, she said.

Martha Friend, who also lives in Lawrence, said that because of the impact of COVID-19, there are families in Lawrence who cannot “house themselves.” Affordable housing, such as the project proposed by RPM Development LLC, is needed, she said.

Another Lawrence resident said she grew up in one of the affordable housing units set aside in the Lawrence Square Village development, off Quakerbridge Road. She was raised by a single mother. If her family had not been able to find affordable housing, “I could have been a statistic,” she said. Instead, she is a college graduate and holds a doctorate degree.

But other attendees, who also supported the concept of affordable housing, were more measured in their reaction to RPM Development LLC’s proposed 70-unit development.

Martha Lamar, who lives in Lawrence and who is a retired professional planner, said she was surprised at the choice of location for the development because “it seems like 70 units are being crammed into a small site.” The units should be spread out, she said.

“This looks more like a commercial office building than suburban housing. It is just about totally paved over (with a parking lot). It looks rather bleak. I just think this is too dense to be a very good place to live,” Lamar said.

Lawrence resident David Snedeker, who is a former zoning board member, agreed that affordable housing should not be “shoved” into a small area. It would be a “less than suitable place to live,” he said of RPM Development’s proposed development.

“This is far from a suitable site,” Snedeker said. The housing should be spread out and not to try to put in as many units as possible to meet an objective of providing affordable housing, he said.

Connie Mercer, who is the founder and chief executive officer of HomeFront, a nonprofit group that helps the homeless and the working poor, said she supports affordable housing. She praised Lawrence Township for “moving so vigorously to meet the need” to provide such housing.

Nevertheless, Mercer said, RPM Development’s plan has “significant problems.” It is too dense, she said. She suggested that the township could meet its affordable housing obligation by building housing on scattered “in-fill” lots (vacant lots) throughout the township.

“I do hope the zoning board considers alternative plans. I do applaud the intent,” Mercer said. 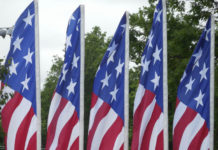