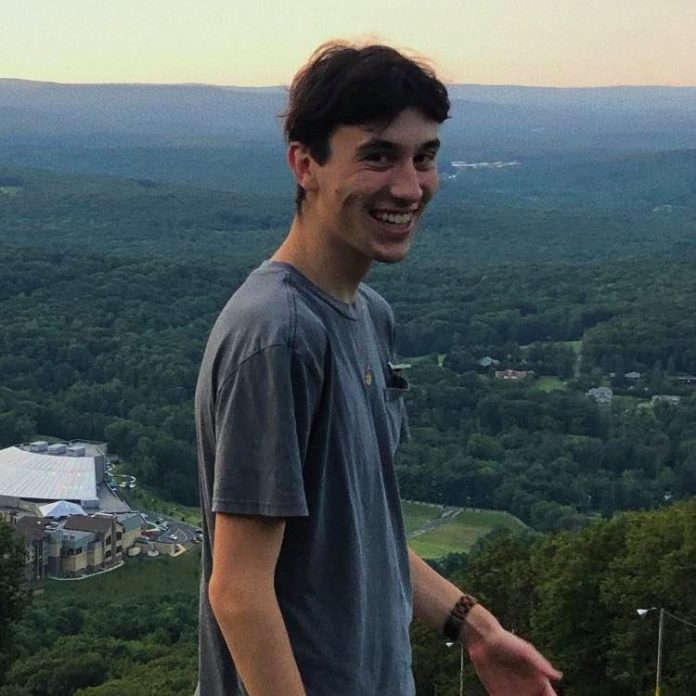 The senior thesis film of a young filmmaker from Colts Neck will be shown at the 19th Garden State Film Festival.

“Blood is Thicker,” a thriller directed by Colts Neck resident Jordan Goldstein, is scheduled to be screened during the festival on March 27 at 7:30 p.m.

The film will be streamed live online at the Performing Arts Center of Brookdale Community College, Lincroft. Tickets for the event, which range from $20 to $55, may be purchased online at https://www.gsff.org/tickets/

Goldstein, 22, is a lifelong resident of Colts Neck. He said he is excited by the prospect of making art at an early age.

“Film in particular helped me understand parts of myself that I didn’t even know were there and allowed me to explore parts of the world I haven’t gotten the chance to see,” he said. “It’s an immersive, staggering and beautiful artform. I hope when people see my work, they have just an ounce of the positive feelings movies have brought me throughout my life.”

Goldstein attended Ithaca College, Ithaca, N.Y., and graduated in 2020 with a cinema and photography degree. “Blood is Thicker” was his senior thesis project at Ithaca.

According to Goldstein, the film is about a wealthy single mother who must decide whether to help her negligent son after he commits a heinous crime. The film began as a script written by Goldstein and William Talty, who also acted in the film.

“The process of writing with Will is always fun due to his incredible wit and great sense of storytelling,” Goldstein said. “We based the script on multiple true crime cases involving young, privileged perpetrators.

“However, we wanted the focus of the film to not be on the young perpetrator, but rather on the mother of that person. It’s hard to have to confront someone you love when they have done a bad thing and that emotion felt the most powerful for us to explore.”

Shooting for the film took place in January 2020 and Goldstein edited it from January to March 2020. Sound designer Joshua Bisso mixed the audio from March to May 2020, which was followed by composer Kevin Becker providing the original score.

“Everyone was kind, patient and worked their butt off for the whole shooting process,” Goldstein said. “Each part of making this film was exciting, but seeing Josh and Kevin work was particularly enrapturing.

“Sound designers and composers never get as much appreciation as they should. To me, film is 45% picture and 55% sound. Without what Josh, Kevin and all of my collaborators did, this movie would not be a fraction of what it is. To them and everyone who helped make the movie happen, I am eternally grateful.

“I am incredibly proud our film was selected to the Garden State Film Festival,” he said. “It’s always exciting to have the tremendous crew I had on this film be recognized for their hard work.

“I had always heard of the festival for years, but never had something I could enter into it. It is a real pleasure to be accepted with ‘Blood is Thicker.’ I would again like to emphasize how grateful I am to the cast and crew for their extraordinary spirit, effort and talent on this film.”