MILLTOWN – Now that the Milltown Fire Department has a new home on Washington Avenue in the Public Works Complex, borough officials are in the beginning stages of moving forward with the sale of the two firehouses.

“The borough will do its due diligence and have [the firehouses] appraised and see where we go from there,” Mayor Trina Mehr said at a Borough Council meeting on March 8.

On Feb. 1, 2020, Eureka Engine Company No. 1 and Eureka Hose Company No. 1 were relocated to its new headquarters on Washington Avenue. Although the companies moved to their new location last year, it was only recently the departments fully vacated their former firehouses.

In 2017, the Borough Council voted in favor of an ordinance appropriating $15.5 million for expenses related to the Public Works Complex — Flood Mitigation Project, which included a new firehouse.

The complex is located on the former Susan Hutton dress factory at 50 Washington Ave., which the borough purchased in 2014.

The borough is in the process of providing a virtual tour of the new Public Works Complex and firehouse facility for the public, which will air on Milltown TV 15. 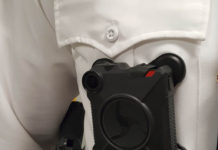