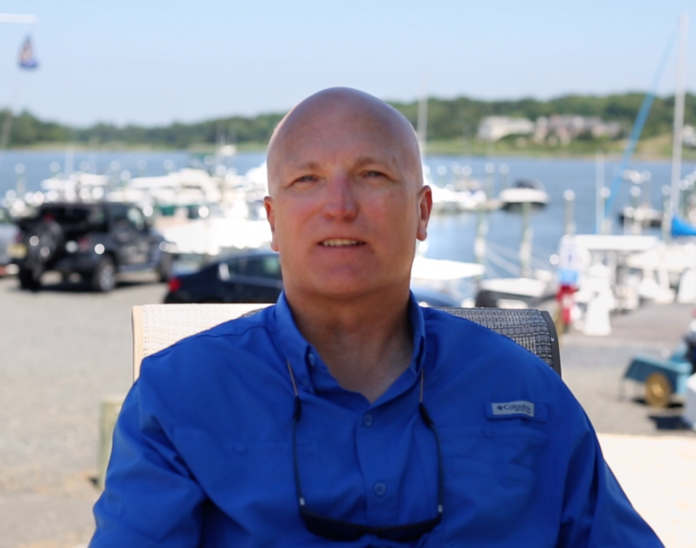 A Fair Haven resident’s documentary about his childhood friend’s recovery from brain trauma will premiere at the 19th Garden State Film Festival.

“Against The Tide: A Surfer’s Journey,” directed by Chris Brenner, is scheduled to premiere during the Garden State Film Festival on March 27 at noon.

The film will screen in the Johnny & June Room of the Berkeley Oceanfront Hotel, Asbury Park, and may be viewed in person or through a live online stream.

Tickets for the event in its in-person and virtual format, which range from $20 to $55, may be purchased online at: https://www.gsff.org/tickets/

Brenner, 55, has been a resident of Fair Haven for 28 years and previously resided in Rumson. His film is based on the memoir “Determination: Surviving a Devastating Brain Trauma” by Keith Buff, a childhood friend who sustained a brain hemorrhage in 1999.

According to Brenner, he has been working with video since the inception of digital video in the 1990s.

“I really enjoy the visual storytelling aspect and finding the right combinations of images, sound and word to communicate a feeling to the viewer.

“I’m inspired by deep story documentaries, in the genre of Ken Burns, and some of my other films have tried to tell interesting historical stories about hyper-local subjects.

“I’m especially interested in stories about things that once were very visible and known, but now are gone,” Brenner said.

He said “Against The Tide: A Surfer’s Journey” is a slight departure for him.

“(The film) has a nostalgia/historical start, but then it turns to an incredible real life journey of a man who had it all, but was struck down by a catastrophic medical event and lost everything,” Brenner said. “Over the last 20-plus years, he has clawed his way back to a full life in the present day. It’s inspiring to say the least.”

The film is personal for Brenner because of his childhood friendship with Buff.

Buff’s memoir states that after he sustained his brain trauma, he was unable to walk, talk or swallow.

“The film starts by recalling our early years on the beach in Sea Bright and the passion for surfing a group of us latched on to.

“So the film is part nostalgia for anyone who spent a childhood visiting the beach on the Jersey Shore and part inspiration of how life’s journey can be so innocent, but then one day it all changes. Keith shows us an amazing set of qualities on his road from survival to recovery,” Brenner said.

Production on the documentary occurred during the coronavirus pandemic, which Brenner acknowledged caused his plans to be altered.

“We had to limit the visits for interviews due to travel restrictions and on-camera interviews had to be outdoors, which always presents light and audio obstacles.

“All the rest of the production involved a lot of video conferences and countless hours with Keith to get the story right.

“He was fantastic to work with, so open and genuine about sharing some very difficult and personal topics. It was a real pleasure reconnecting in this way,” Brenner said.

Regarding the Garden State Film Festival, he said, “The festival is such a great event and a great organization. It is truly an honor to be included in such a prestigious group of films.

“I have had the pleasure of being involved with the festival a few times with previous films and everyone is so welcoming and so supportive. It’s truly a highlight of the year.

“The other films are so amazing. I encourage everyone to get a pass and to see as many films as you can. You will be blown away at how good they all are,” Brenner said.