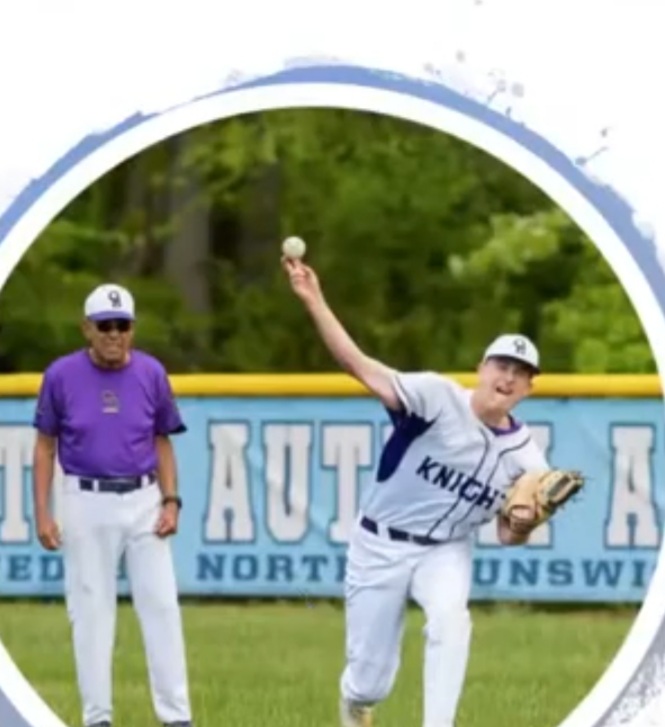 OLD BRIDGE – Fred Cole was all about his athletes on and off the field as a baseball coach for 44 years with Old Bridge School District.

Even though he retired in 2004 – 39 years teaching in the district and 44 years as coach – he still volunteered his time as assistant coach in 2011, 2014 and 2019 for the program he has loved and devoted so much time to, Old Bridge High School Athletics Director Dan DiMino said.

DiMino proposed the varsity high school baseball field be named after the long-time coach before the Old Bridge Board of Education at a meeting on March 9. The board took a straw poll and agreed with the “well-deserved” proposal.

His coaching career in Old Bridge began at the former Madison Central High School where he coached junior varsity baseball from 1970 to 1977. He became an assistant varsity coach at the school from 1978 to 1979 and helped bring the team to the 1978 Middlesex County Champions.

Cole’s overall coaching record is 561 wins and 375 losses. He has coached more than 3,000 student athletes throughout his time at Madison Central and Old Bridge high schools. He coached every coach that is on the current coaching staff.

“In my mind there is no other person deserving of this honor of the field,” DiMino said. “He’s an incredible man that I look up to as well. I can’t see a better fit for the baseball field.”

Also at the meeting, DiMino proposed to add middle school baseball to the upcoming spring season at the two middle schools – Carl Sandburg and Jonas Salk. He said it would not only bring balance of sports at the middle school level – nine female sports and eight male sports – but also provide more activities and camaraderie for the students, and help keep students in district and not drive students to private schools.

Middle school baseball will allow the high school head coach and assistant coach to build relationships with the interested players at the middle school level before they enter freshman year.

DiMino said after reviewing the school budget with School Business Administrator Joseph Marra, a maximum of $13,000 can be allotted for the program through unspent surplus.

The program costs include two coaching stipends and transportation for six away games for each school.

He said the athletics budget also allows the allocation for uniforms, helmets, bats and baseballs.

DiMino said he does not foresee conflicts with the middle school games and local travel and recreational leagues. He said their permits for the use of fields usually go until 5:30-6 p.m. on school days.

He also added even though baseball falls under a boys sport, girls can try out for the team.

Members of the board were in favor of adding middle school baseball to activities through a straw poll.