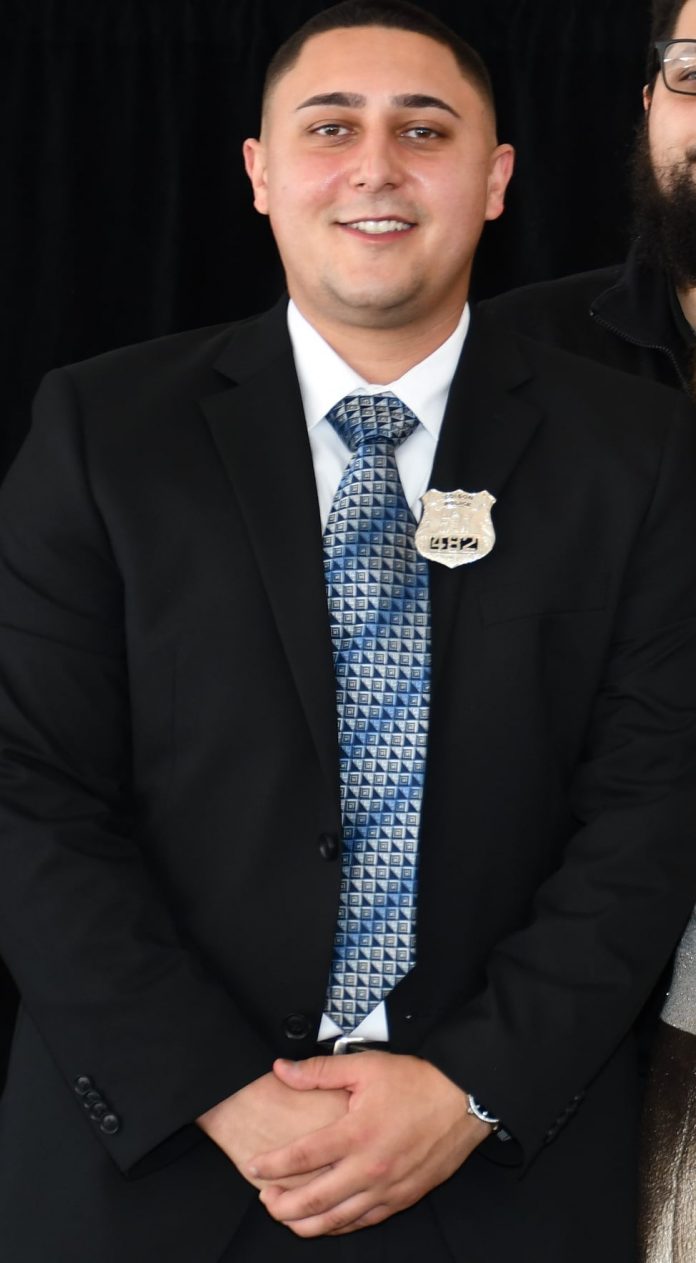 EDISON – The Edison Police Department, in conjunction with Edison Policemen’s Benevolent Association (PBA) Local 75, have set up a GoFundMe page asking the community to come together to garner support for Police Officer Ryan Borden, who passed away unexpectedly at his home on March 16.

The department announced Borden’s passing in a social media post. He was 26.

“We are still in shock over the death of one of our newest brothers,” said Police Officer Jason Chang, who organized the GoFundMe page. “Ryan, you always had a smile on your face, and was so excited to be an Edison police officer. You were always willing to help out anybody. We will miss you dearly.”

Police Chief Thomas Bryan said he has known Borden for many years while he was growing up in East Windsor.

“Ryan was beloved by the entire East Windsor community,” he said. “He was devoted to his mother and took care of both she and his grandmother. Ryan put himself through college while working many local area jobs and wanted to pursue a career in law enforcement. He was hired by [Rutgers University as a Camden Campus police officer] a couple years ago and applied to the Edison Police Department, ultimately being hired in October 2020.

“In the short time here, Ryan attained the respect and adoration of the rank and file along with the Edison community he so proudly served. Ryan was one of the most lovable, loyal and compassionate young men I have been so blessed to have known. He will be missed by all whose lives he touched,” Bryan said.

Edison PBA Local 75 is raising money for Borden’s funeral expenses with a goal to raise $50,000. He “resided with his mother whom he loved dearly and was responsible for some of the household financial obligations.” Any extra money raised will be given to his mother directly.

Borden was a lifelong resident of East Windsor and graduated from Hightstown High School Class of 2012. He was active in his hometown, coaching youth basketball for many years. He was a volunteer at the New Jersey Youth Center in Camden.