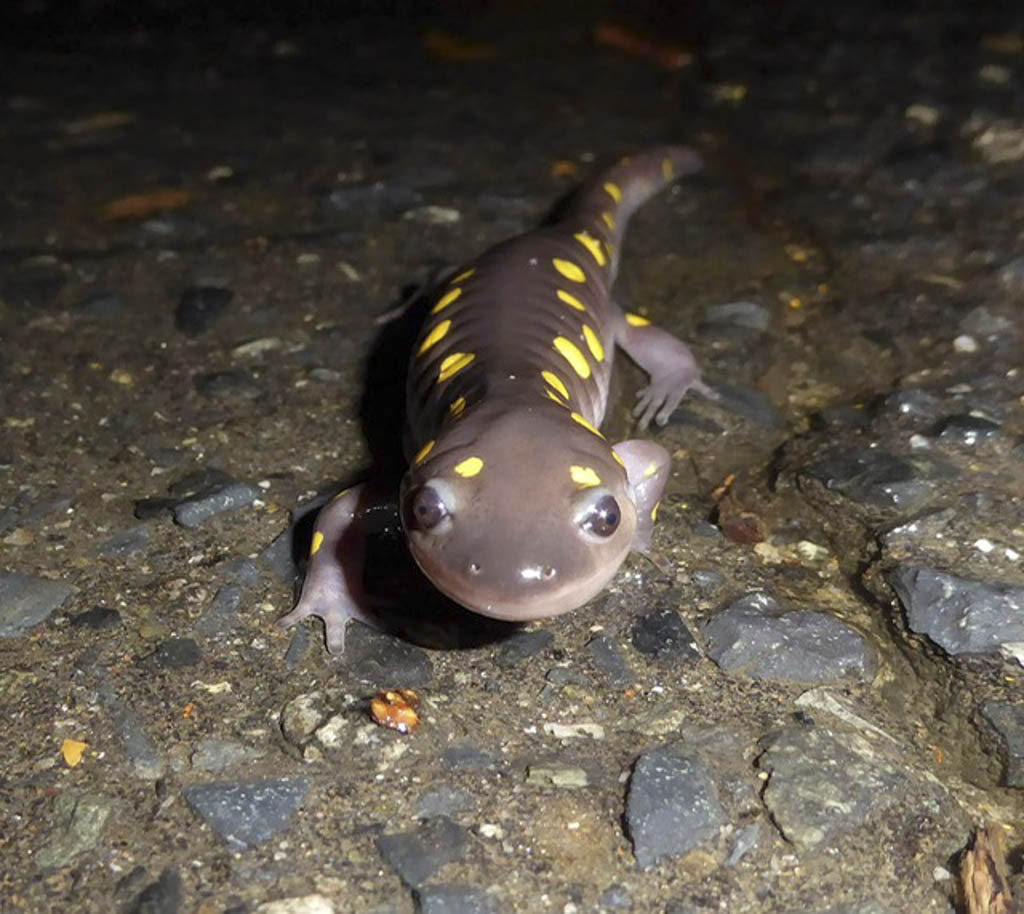 The days are longer and warmer, an unmistakable cue to New Jersey’s hibernating amphibians – frogs, salamanders and toads – that it’s time to leave their winter hideaways and start mating.

The first warm, rainy nights of spring produce a frenzy of amphibian activity, as spotted salamanders, Jefferson salamanders, wood frogs and spring peepers emerge from below ground and head straight to vernal pools to breed.

It’s not a long way – perhaps a few hundred yards – but it can be dangerous for the amphibians, according to David Wheeler, executive director of the nonprofit Conserve Wildlife Foundation of New Jersey. “For them, it’s a journey after being stationary all winter. They’re just waking up, so to speak.”

Not only are amphibians operating at less than full strength, in many cases they must cross busy roadways.

“New Jersey is the most densely populated state, so we have roads bisecting their winter areas and vernal pools,” Wheeler said.

With the help of volunteers, the Conserve Wildlife Foundation for nearly 20 years has played “amphibian crossing guard” at key locations in Warren and Sussex counties, slowing or stopping traffic to make sure the critters don’t get run over.

Last year, the amphibian migration was already underway when COVID-19 forced the Conserve Wildlife Foundation to cut back its amphibian crossing program. This year, Wheeler said, the program will continue, but with a reduced number of volunteers who will wear masks and keep a safe distance apart.

The exact date the amphibians start moving is unpredictable: It can be as early as February if the winter is mild, or as late as April if the ground is still partly frozen or covered with snow. A rainy or misty night with temperatures in the mid-40s or above is ideal. Darkness and rain help the amphibians move without being detected by predators like owls and raccoons.

At the peak, hundreds or even thousands of amphibians will move simultaneously toward the same pool. The full migration usually takes place over the course of three to six nights – not necessarily consecutive – with perfect weather conditions.

Amphibians breed in vernal pools, also known as intermittent or ephemeral ponds, to achieve the best survival odds for their eggs and tadpoles. Vernal pools dry up each summer, so they don’t support fish that would otherwise eat up all the eggs and larvae.

The word “vernal” means “of, in, or appropriate to spring.” Vernal pools get their water from snowmelt, rain and rising groundwater, so they’re at their fullest in spring. New Jersey has an estimated 3,000 to 5,000 vernal pools, and most should have plenty of water this spring because of February’s record-breaking snows.

Want to see this amazing natural spectacle? The best place to go is Beekman Road in East Brunswick, which is closed to traffic on peak amphibian migration nights. The East Brunswick Environmental Commission encourages members of the public to come out to watch and take photos as salamanders and frogs cross the road to get to their vernal pools. For more information and directions, go to www.friendsebec.com/salamander-migration-updates.

If you can’t make it to an amphibian migration, try listening for the amazing sounds of a frog chorus in wetlands near you.

One of the earliest frogs to sing is the Northern spring peeper. This tiny woodland frog is known for the males’ mating call—a high-pitched whistling or peeping sound repeated rapidly. The faster and louder male peepers sing, the better their chances of finding a mate. Peepers congregate near water and often sing in trios, with the deepest-voiced frog starting the call.

“To me, the peepers are like the official start of spring,” Wheeler said.

A female peeper heeding the male’s call will lay 750 to 1,200 eggs, which are fertilized as they are laid. Eggs hatch within two days to two weeks, depending on temperature, and the tadpoles transform into frogs over six to 12 weeks.

Wood frogs also begin breeding in early spring and can be found in the same vernal pools as peepers. Male wood frogs sound like ducks with their quack-like calls day and night to attract mates. Females lay masses of 1,000 to 3,000 eggs, which are fertilized by the males and will hatch between nine and 30 days later.

For decades, experts thought New Jersey had only 15 native frog and toad species. Then, in 2011, the green treefrog – a species whose range is currently expanding in the U.S. – was added to the list. The next year brought even bigger news – the discovery of an entirely “new” species, the Atlantic Coast leopard frog.

The Atlantic Coast leopard frog had likely been living in the wetlands and ponds of New Jersey, New York and other states for thousands of years. Since the 1930s, it was suspected to be distinct from other leopard frog species. But it wasn’t until the advent of modern DNA analysis that science proved it’s a unique species.

“We have a number of locations highlighted for this year that haven’t been surveyed yet,” Wheeler said. “It’s exciting.”

Don’t miss the opportunity to explore and enjoy this spring’s amphibian migration!

And urge your local elected officials to protect vernal pools. New Jerseyans might be surprised to learn that our state’s vernal pools have little protection and can often be filled, except in certain parts of the Highlands and Pinelands. Two decades ago, the New Jersey Department of Environmental Protection tried to adopt rules to protect vernal ponds statewide but was rebuffed by litigation from the NJ Builders Association.

To see a list of New Jersey’s amphibian species – and listen to recorded frog and toad calls – go to www.state.nj.us/dep/fgw/ensp/fieldguide_herps.htm.

Michele S. Byers is the executive director of the New Jersey Conservation Foundation. She may be reached at info@njconservation.org 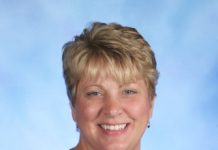