Sylvia Dodge, 61, of Fair Haven, VT, died Thursday March 11 at her residence, following a long struggle with cancer. She was born March 28, 1951, in Princeton, New Jersey the daughter of Arthur and Joan (Spinhelmner)Vandermark.

She married Gary Dodge on May 23, 2008. Sylvia worked in sales at motorcycle shops and automobile dealerships and was a waitress at various NJ diners. She enjoyed riding motorcycles and her hobbies include breeding German Shepherds, raising Bees and chickens.

Sylvia is survived by her husband of Fair Haven, her mother and stepfather John Snyder of Charlottesville, VA, her brother Arthur Vandermark and sister Sheri Vandermark, both of Virginia.

She was predeceased by her father Arthur Vandermark SR. Per her wishes, there will be no public services. 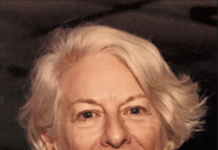