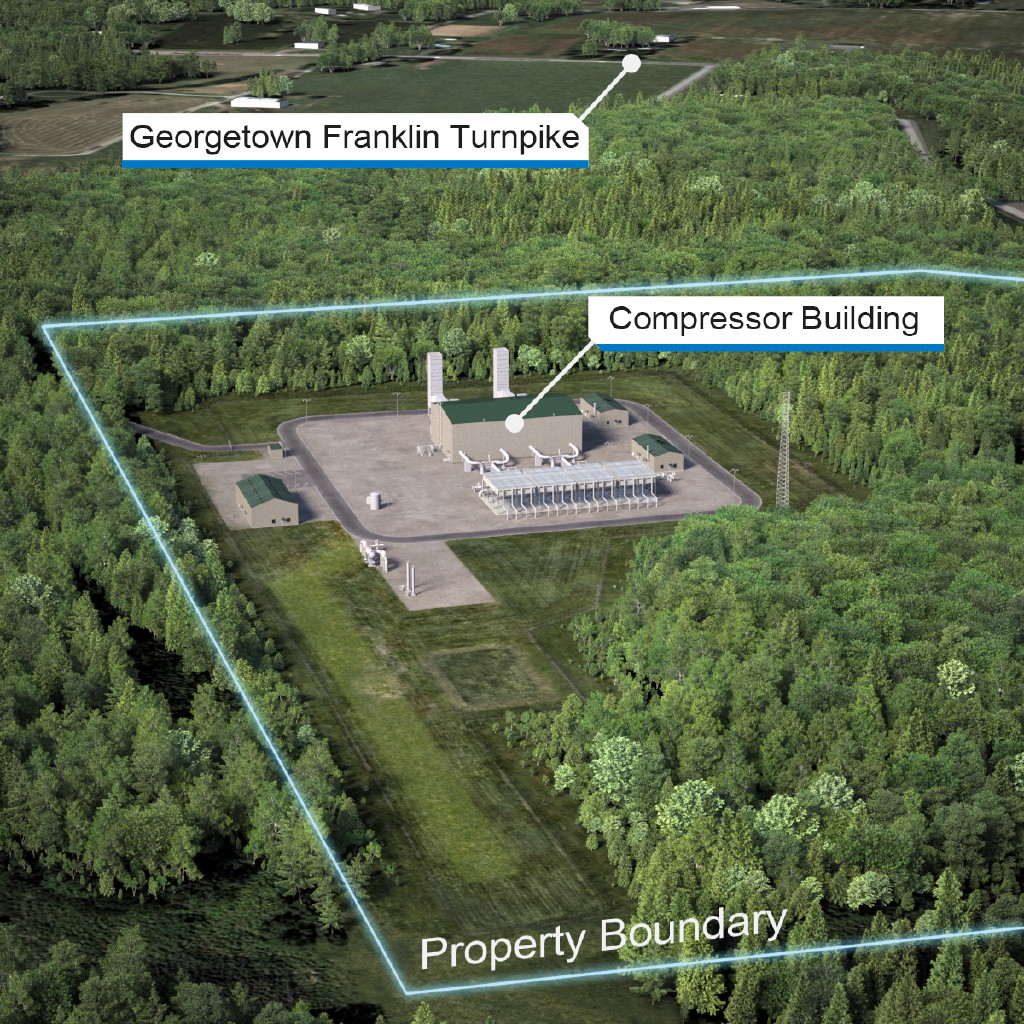 The preferred location is a 52-acre tract about 1 mile south of the intersection of Route 27 and Route 518; the 16-acre site would be surrounded by a wooded buffer, according to the company.

For more than five years, residents have expressed concerns because of the proximity of the proposed compressor station to the Trap Rock Industries rock quarry in Kingston; the potential for clay byproducts to be disturbed during construction; the possibility of leaks, fires and explosions; and quality of life disruptions due to health and environmental concerns.

According to information released by FERC on March 19, “Transco remains committed to constructing this important energy infrastructure and placing the project into service as soon as possible.

Deputy Mayor Joe Camarota of South Brunswick has been a vocal opponent of the project.

“We were somewhat surprised this week when we read Williams Transco’s letter to FERC requesting for an extension that would enable them to complete the NESE project by May 2023. We are in the process of, once again, rallying and galvanizing all the troops to express our vehement opposition to NESE. We already have had some initial meetings and have several more scheduled in an effort to develop our plan of action,” he said.

Jeff Tittel, director of the New Jersey Sierra Club, called the request for the extension of time “shameful.”

“The NESE pipeline we stopped last year is back again. Williams Transco is once again trying to game the system by requesting a two-year extension from FERC for NESE. This application is alarming because the proposed fossil fuel project would cut through the already polluted and sensitive Raritan Bay and New York Bay.

“An explosion or leak from their proposed compressor station could threaten communities and destroy important habitat while adding even more pollution.

“This is the third time Transco’s NESE project has come back, it’s like the Dracula project. FERC needs to turn it down, but there are other ways of stopping it if they don’t.

“There is precedent (such as) when New York denied the 401 Water Quality Certificate for the Constitution Pipeline it was upheld in federal court. New York rejected the permits because the pipeline would impact water quality and aquatic life, and New Jersey denied it because it was stopped in New York.

“We need to tell Transco to get the FERC out of New Jersey. We have beaten them twice and we are going to beat them again no matter what. We are going to continue to fight to stop this (NESE) project using all of the tools available.

“This project is completely unnecessary. The gas companies get the money, New York gets the gas and we get the pipe.

“We must continue to fight to stop this project to protect public health and safety, and the environment. FERC must deny this extension of time request because even with an extension, this project won’t be able to get the permits it needs,” Tittel said in a prepared statement.