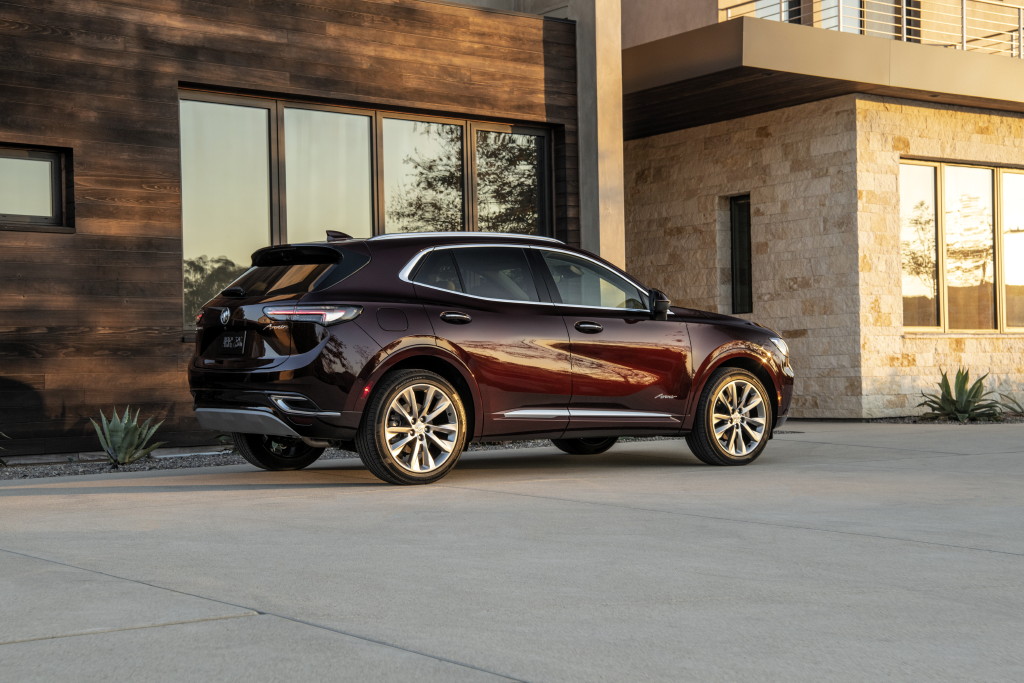 Over the past few years, General Motors (GM) has spent a lot of time and money trying to “spice up” its Buick brand.

First introduced in 1904 – 117 years ago – this iconic American brand had come to represent a solid, good quality automobile that perhaps lacked some pizzaz but was the kind of car your grandfather would own.

In recent years, GM has jazzed up its Buick line making it more contemporary looking. It also juiced its ad campaign for the brand – especially television commercials – attempting to reach out to a younger generation demographic.

Five years ago, it introduced a totally new compact crossover SUV to its lineup, the Envision.

The Envision was truly unique. It was actually initially introduced in China in 2014 and was sold under its Chinese name: “Ang Ke Wei.”

In the summer of 2016 it first went on sale in the United States making it the first Chinese-built GM vehicle to ever be sold in America.

For 2021 Buick gave the Envision a makeover making it sportier and more aggressive looking while maintaining its luxury status.

More than 90% of the Envision’s parts are made in China, including its engine and transmission. This vehicle’s final assembly plant is located in the Yantai Etdz province in China.

I recently settled behind the wheel of a 2021 Buick Envision Essence FWD for one week to put this newly redesigned model through its paces.

Overall, this version of the Envision is somewhat luxurious – not up to the snuff of a BMW or Mercedes – but it sits on the fringes of luxury. It is very comfortable. The ride is smooth – albeit not overly nimble or athletic – and it’s plenty roomy.

The interior ergonomics are solid, but not overly impressive.

The Essence version of the Envision I tested carries a base sticker price of $35,800. My tester had a bottom line sticker price – with added options and destination and delivery – of $39,990.

One thing I really thought was a great new design feature for this Envision was how they positioned the 10-inch touch screen that literally controls all of the car’s functions.

The front dash is designed such that the 10-inch touch screen protrudes out a bit and is angled toward the driver. This is a fantastic design concept that more car makers should embrace.

It enables the driver to more easily see and interact with the touch screen without having to stretch your neck or hands around to touch or see the screen.

In most cars these days, these screens, no matter how fancy or impressive, are still mounted flat into the dash and not angled towards the driver’s sight line.

The design and layout of the screen in the Envision is truly awesome. It allows the driver to safely interact with the touch screen controls for navigation, phone, music or climate without having to take your eyes off of the road. I think this is a much safer system than provided for in most vehicles these days.

The Envision Essence I drove came equipped with a 2.0 liter, four-cylinder turbo charged engine that puts out 228 horsepower. This power plant is paired with a nine-speed transmission.

I found the Essence model to be adequately powered and smooth. It won’t blow you away with its performance, but at the same time, it is more than capable in any traffic situation.

There is a “mode” selector button located on the center console that enables the driver to select what type of driving style is preferred – sport, touring or eco.

The sport mode gives the Envision a racier edge. For the most part, this car seemed to perform and prefer to be in the touring mode. I think the genetic makeup of this model is better suited for the more comfortable touring option.

I must say, I logged quite a few highway miles in this Envision during the week I drove it and it is a very comfortable car to take on a long trip. It cruises smoothly and effortlessly under highway driving conditions.

The EPA fuel ratings for the 2021 Envision are 26 miles per gallon overall – 31 mpg for highway driving and 24 mpg in city driving.

The EPA estimates that the annual fuel cost for operating the Envision comes in at around a modest $1,550 per year. It uses 3.8 gallons of gas for every 100 miles driven.

This model of the Envision has not been safety crash tested under the government’s 5-star safety ratings yet.

The editors at Car and Driver gave the Envision high marks for having a stylish exterior, low price compared to its competitors and smooth ride.

They also said its acceleration was disappointing and its driving dynamics were not up to snuff.

If you are in the market for a compact SUV crossover, I would recommend considering the Envision. It may not overwhelm you at first, but it is a choice that checks off enough boxes all around to make it a worthy contender.

Peter Perrotta’s On The Road column appears weekly. He can be contacted at pperrotta@comcast.net for comments or questions. 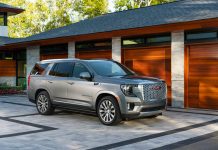 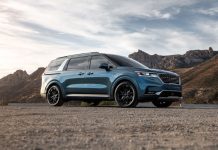 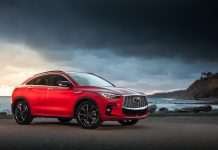