Delivering More Than A Package 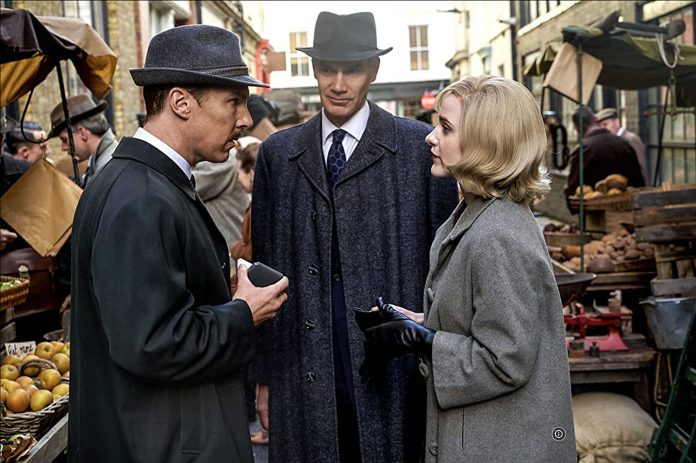 Who do you think of as a spy? Your neighbor? Your best friend? Your spouse? Is there a difference between a spy and those individuals, or are they one in the same? In the new film The Courier, in theaters now, we see just how close the line is between simple human behavior and espionage.

Greville Wynne (Benedict Cumberbatch) is an extremely successful British businessman and he knows how to close deals. The international community is his specialty, as he knows just how to make every customer feel like they are important. He has done business in many regions of the world, but he doesn’t currently have any dealings in the Soviet Union.

That is about to change.

Wynne is introduced to Dickie Franks (Angus Wright) and Emily Donovan (Rachel Brosnahan), who have a proposition for him. MI6 and the CIA are interested in Russian movements abroad and they have a source within the Russian government sharing Khrushchev’s intentions. Enlisting Wynne to make a trip to the Soviet Union on a trade mission will be expected and welcomed by the Russian government, but what his contact will send back is vital to stopping Russian aggression.

It is on his initial trade mission that Wynne meets the source, Oleg Penkovsky (Merab Ninidze). Penkovsky is a Russian colonel who simply wants to stop the destruction of the Western world and has decided to work with the West’s intelligence agencies. The contact between Penkovsky and Wynne was supposed to be a simple in and out, but with increasingly sensitive information becoming available, they bond and become friends, which just may be what is needed to save millions of individuals.

Cumberbatch is riveting in his performance as Wynne. A man who is initially brought in for his ability to blend into the background, he becomes the centerpiece of the explosive and critical relationship formed between the two men. He understands his character’s development from understated and reserved to ambitious and forthcoming.

Ninidze (Homeland) is a veteran actor who knows how to deliver a performance as Penkovsky. With a single glance he is able to display urgency, regret or concern at a moment’s notice. It is the performances of Cumberbatch and Ninidze that make this film special.

The story of The Courier is, as with many spy tales, not well known to a new generation of individuals. I found myself craving the next development, living Wynne’s highs and lows right alongside him and hoping things would be resolved in a positive light. All of these elements make for a successful and intriguing film that will enlighten and entertain.

Sure, a simple courier may deliver a package to you at any time. But The Courier will deliver so much more.