Organizations ‘Rise to the TASK’ of feeding Mercer County 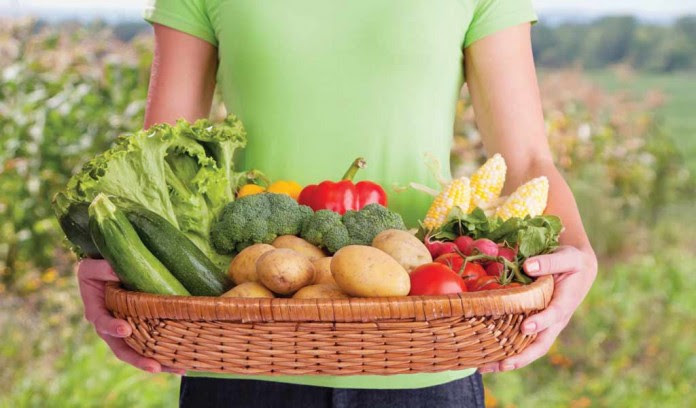 It was about 6:30 a.m. when Maria Schamper drove into the parking lot at Modway, the site of the second “Rise to the TASK” drive-thru food distribution.

She attended the first event, held in October, as well as others, so she knew to arrive early.

Typically, she picks up food for family and neighbors, but the last two years have been tough for the mother of four, so this time she was taking food for herself, too.

“The (COVID-19) pandemic has been tough with a lot of family losing jobs,” Schamper said, as she sat at the front of the line patiently waiting for a signal to pull her vehicle forward. “We have been suffering, going through a lot, so this will help.”

On March 28, Schamper, with her aunt in tow, was among the more than 1,300 people who showed up for the massive food distribution where each household received 70 pounds of groceries, including fresh meat, fish, vegetables and non-perishables.

Cars, minivans, pickup trucks and SUVs carrying couples, entire families and lone riders sat in a line that wrapped around the 635,000-square-foot Modway warehouse like a horseshoe.

The drive-thru is the second hosted during the pandemic by the two agencies and, organizers say, will likely not be the last.

“I think it’s another incredible partnership with Rise and TASK,” said TASK Executive Director Joyce E. Campbell. “We are grateful for the donations that enabled us to be here with Rise to help the community through this. However, I’m really sorry to see that there are so many people in need. I’m hoping this is going to change, but I don’t know how quickly it will, and we may be back here in a few months.”

The inaugural “Rise to the TASK” event was a major undertaking held in Hightstown last October, which also served 1,300 families and individuals. Then, Campbell and Rise Executive Director Leslie Koppel both hoped another mass distribution could be avoided.

But the pandemic continued to push new populations toward economic instability and the so called “new hungry” – people who never visited pantries and soup kitchens before – now found themselves in need.

To help these communities while replenishing food supplies for pantries, TASK purchased 100,000 pounds of food and donated it to this year’s drive-thru.

Another 65,000 pounds was procured and donated to last year’s event.

“It’s really the generosity of spirit that I think is the whole silver lining of this pandemic,” Koppel said, marking the 11th drive-thru hosted by Rise during the pandemic. “We are delighted to partner with TASK, because without them we certainly would not have the quantity of food and the resources we do. It shows that collaborations between agencies and between people are really helping to make a difference and everyone’s just appreciative.”

Philip Moody, who arrived at the drive-thru at 7 a.m., sat a few feet away from Schamper in his minivan. The Korean War veteran and retired custodian never thought he’d be in a food line. But, even with his benefits, grocery costs are sometime out of reach and he needs the help.

“After years of doing things for yourself, this is difficult and this virus hasn’t helped,” he said. “But you have to make ends meet, so here I am, and I appreciate you all being here today.”

Moody, like Schamper and so many others who waited for food on March 28, said they were not only there for themselves, they were picking up food for others who could not make the trip. In a sense, they were extending the reach of Rise and TASK by paying it forward.

Volunteer Yvonne DeCarolis said she came out because she wanted to be part of spreading “hope, community [and] peace.

“These are such challenging times,” DeCarolis said, holding back tears. “I think we all need to join hands, joins arms … however we need to and connect to really show the best of humanity. I believe that even though we’re serving people food, they are serving us tenfold in other ways and [serving] their community in whatever way they can. I want to be part of that.”