The Princeton Public School District has to do better to address Asian hate in the schools.

That’s the message Princeton High School freshman Oliver Huang delivered to the Princeton school board at its March 30 meeting.

“What we see in Atlanta is a reflection of the fact that there has been a lot of Asian hate,” Oliver said. He was referring to the six Asian women who were killed in three spas and massage parlors in Atlanta and Acworth, Georgia, on March 16.

Oliver said that although he is a freshman at Princeton High School, he had already experienced Asian hate a few times while he was a student at the Princeton Unified Middle School (formerly known as the John Witherspoon Middle School).

One of the things that struck him “really hard,” Oliver said, is when a classmate in his seventh-grade homeroom class approached him and asked him “blatantly, whether or not I ate a dog.” Dogs are considered to be a source of food in China and other Asian countries.

“It was really demeaning. The fact is whether or not I ate a dog isn’t up for grabs. (The comment) was incredibly ethno-centric,” Oliver said.

Last year during the COVID-19 pandemic, another student “shoved” an umbrella in front of his face, Oliver said. The student told him it was “keep the coronavirus away from you,” he said.

“These racist comments have been going on ever since I have been a student in this school district. These things keep going on. This is how this hate, which has been so all around us, builds up into people going into spaces and shooting Asian victims,” he said.

The Princeton Public Schools is not doing a good job of communicating with Asian-American parents, Oliver said. While Asian-Americans make up a large percentage of the school population – they account for 20% of Princeton High School students – they feel neglected, he said.

“We still don’t have Chinese New Year off,” Oliver said.

“I am going to challenge the board to do better and to address the Asian racism that goes on in our school every day. Even if it is small things and they aren’t really violent, it is emblematic of how we have ignored Asian hate,” he said.

School board member Dafna Kendal said she was sorry that Oliver had experienced that kind of racism, and apologized for it.

Kendal mentioned a video that showed someone beating a 65-year-old Asian-American in New York City, while bystanders took pictures of the incident – but did not intervene.

“This is a reminder that we all – like you said, Beth, in your (school board president’s) statement – have a responsibility to speak out against this kind of behavior,” Kendal said.

School board president Beth Behrend said earlier in the meeting that the board joined the Princeton community in mourning the victims of the Atlanta shootings. She acknowledged the increase in violence, discrimination and xenophobia directed the toward the Asian-American ad Pacific Islander communities.

The racism and injustice directed at the Asian-American and Pacific Islanders communities “diminish the diversity of our community, and serve as a painful reminder that we must denounce all discrimination and stereotyping against Asian Americans,” Behrend said. “We all share an obligation to stand up against racism, wherever and whenever we find it. We will continue to support Asian-American and Pacific Islander students and staff, and continue the work to confront systemic racism in our district and beyond.” 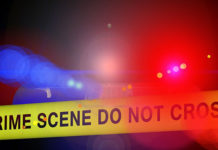