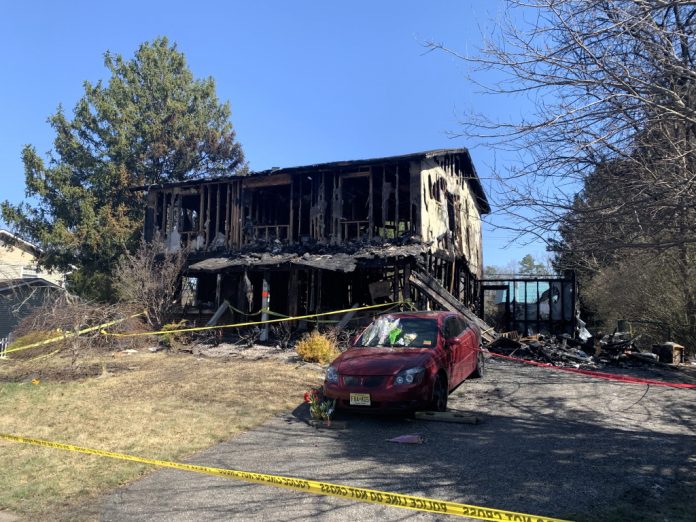 JACKSON – A resident of Jackson died in a house fire the Ocean County Prosecutor’s Office has determined was accidental in nature.

On April 1 at 8:45 p.m., Jackson police officers and firefighters were dispatched to a structure fire at a home on Lehigh Boulevard in a residential development off West County Line Road in the vicinity of Brewers Bridge Road.

The first responders were informed the fire involved people trapped in the home, according to a press release from the Ocean County Prosecutor’s Office

Upon arrival, the emergency responders found the home to be fully engulfed by flames. Firefighters located the body of a woman in the downstairs portion of the residence.

The woman, who was later identified as Salvacion Elyea, 82, was pronounced dead at the scene, according to the press release.

A second individual who was in the home jumped from the second floor to escape the fire and sustained what authorities described as minor injuries. A pet dog had not been accounted for at the time the prosecutor’s press release was issued.

According to the press release, the Ocean County Medical Examiner determined the cause of Elyea’s death was smoke inhalation and that the manner of her death was accidental.

Ocean County Prosecutor Bradley D. Billhimer said the fire was ruled accidental. He said an investigation determined the fire was caused by a kerosene heater being located too close to a combustible liquid.