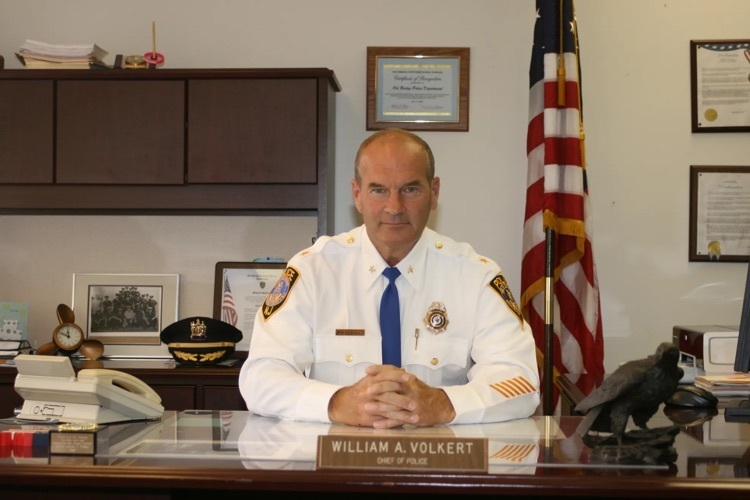 OLD BRIDGE – After the retirement of longtime Old Bridge Police Chief William Volkert, a process is in motion to select a new police chief.

“I have a highly dedicated and qualified group of individuals who have expressed an interest in being considered for chief of police,” Mayor Owen Henry said. “I am putting together a process in which all candidates will have an opportunity to express their views and opinions regarding the future of the OBPD (Old Bridge Police Department) and what it might look like with them as the leader of the department.”

The OBPD and the Old Bridge Township took to its social media pages to congratulate Volkert on his retirement.

Volkert began his career as a police officer on Sept. 1, 1978, at age 20. Following completion of the police academy, he was assigned to patrol and after a few years was reassigned to the detective bureau.

Volkert was named bureau commander of the detective bureau where he remained until his promotion to the rank of chief of police on Aug. 1, 2010.

“We wish Bill the very best in his retirement and we thank him for his 42 years 7 months of service to the citizens of the Township of Old Bridge,” the department said in the post. “Also, to his wife Susan and to his three daughters, Ashley, Emily and Hillary … we’re done borrowing him … you can have him back now!”

Henry said Volkert’s retirement was “very much earned and deserving after such a long and productive career.”

“The journey from patrolman to chief within the police department is not a journey often traveled,” he said. “I along with his peers and colleagues are impressed with what he has accomplished. I wish Chief Volkert all best and good health in his retirement.”

Henry further said Volkert has always been up to the task regardless of what, when or where an issue arose in town.

“I never had to worry once the chief told me ‘I got this,’ ” he said. “He was challenged many a time during my years as mayor and repeatedly made decisions, which made us all look good. I’m sorry to see him leave, but understand and respect his decision. He leaves behind a 42-year legacy and like his father, a former chief, one which is admired and respected by all.”