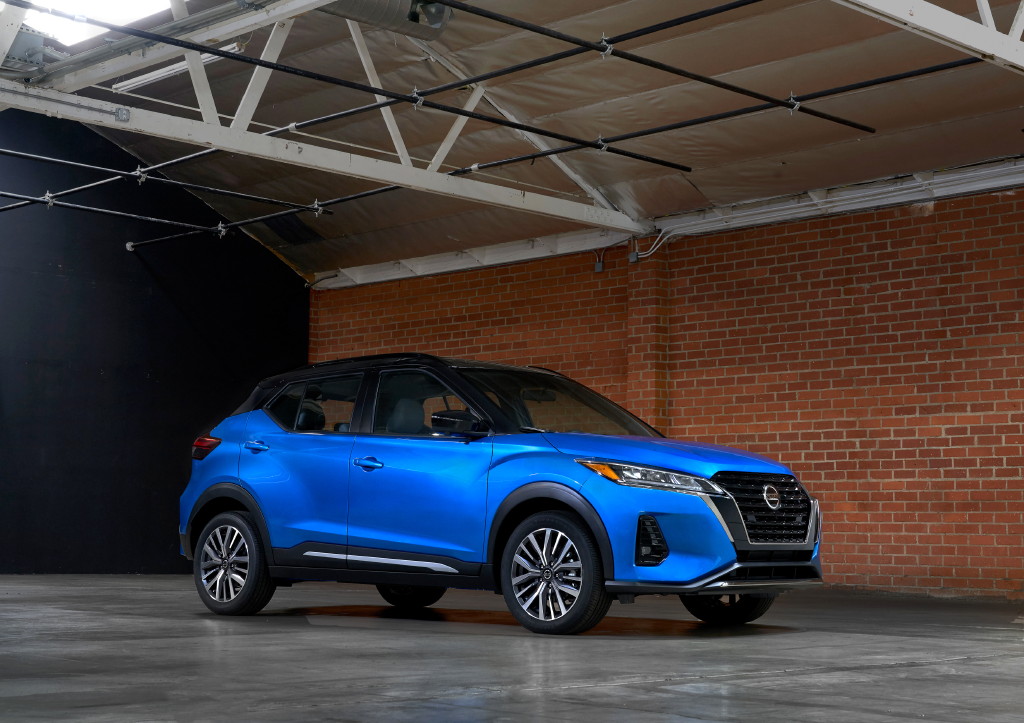 In the late 1970s, I drove and owned a Ford Pinto. I generally liked this vehicle. It had a manual transmission and a cool racing stripe.

It was also fun to drive.

All that came to a crashing halt one day, though, when I was motoring along with it and a news report and came on the radio detailing how this particular model was prone to danger from rear-end collisions that could cause potentially fatal gas tank explosions.

As Bob Dylan once wrote, “You don’t need a weatherman to tell you which way the wind is blowing.”

I knew which way the wind was blowing immediately – right down to the nearest dealership where I could trade this Pinto in and drive out with a safer ride.

The Le Car, a tiny compact coupe with a four-speed manual transmission, was fun to drive. It stuck to the road like glue. However, it turned out to be a mechanical disaster. It frequently broke down and no one knew how to repair it properly.

When the two-tone, orange and black 2021 Nissan Kicks SR showed up for me to test drive last week, I immediately thought of that Le Car.

While I am sure the Kicks is nowhere near the mechanical disaster the Le Car was, it reminded me of the Le Car because of its appearance and smallness.

While the Kicks isn’t a coupe – it’s a four-door, compact crossover or SUV – it’s small and athletic like the Le Car and not too powerful.

You can scoot around town with the Kicks – much like the Le Car – weaving in and out of traffic. And it’s very economical on gas.

While the Le Car had a lawn mower like engine, all of 1.4 liters big, the Kicks features a 1.6 liter four cylinder engine that puts out all of 122 horsepower.

But one is not going to buy a Kicks expecting it to have muscle car like performance.

The Kicks is a utilitarian-like vehicle good for scooting around town with and is easy on the wallet when it comes to gas consumption.

The EPA fuel consumption ratings for the 2021 Kicks give it an overall rating of 33 miles per gallon – 36 mpg on highway driving and 31 mpg in city driving.

The EPA estimates that the annual average fuel cost for driving a Kicks is an impressive $1,250, as it uses a miserly 3 gallons of gas per every 100 miles driven.

It’s a good-looking front wheel drive, compact crossover that lags in power, but makes up for it in its versatility for around town driving.

The inside ergonomics are adequate. It’s a bit snug on the fit – I am six-foot tall – but not so snug that it makes it an uncomfortable ride.

The base price of the SR Kicks model I tested is $21,940. However, with added options my Kicks tester carried a bottom like sticker price of $27,075.

The Kicks overall rating in the government’s Five Star safety crash test ratings comes in at four stars out of a possible five.

It received five stars on the side crash test but only three for the front driver test and four for the front passenger test. It got a four-star rating on the rollover test.

The folks over at Car and Driver give the Kicks high marks for being peppy around town, having a spacious cabin and generous standard equipment.

They gave it low marks for being anemic at highway speeds, having a noisy engine and in need of more storage cubbies.

New added features for this year’s Kicks – a model that Nissan first introduced in 2016 – include: Apple CarPlay and Android Auto; a standard 7-inch screen with a new 8-inch touch screen for the SV and SR models; a redesigned bolder front grille; new wheel designs; rear disc brakes for the SV and SR, and an array of bold new color options and two-tone combinations.

The Kicks is available in three trim levels, the base S, mid-level SV and top of the line SR.

I found the interior buttons and switches on the Kicks easy enough to operate. The infotainment system, while not all that sophisticated, was adequate, and the Android Auto system worked quite well for navigation.

Like most of the cars these days, I found the voice command recognition system a bit frustrating at times as it made me repeat my commands sometimes.

However, overall, I would recommend considering the Kicks if you are in the market for a fairly inexpensive compact crossover or SUV.

Peter Perrotta’s On The Road column appears weekly. He can be contacted at pperrotta@comcast.net for questions or comments. 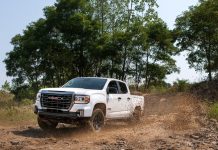 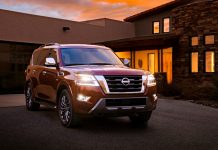 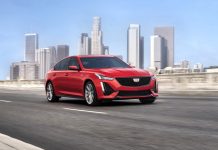