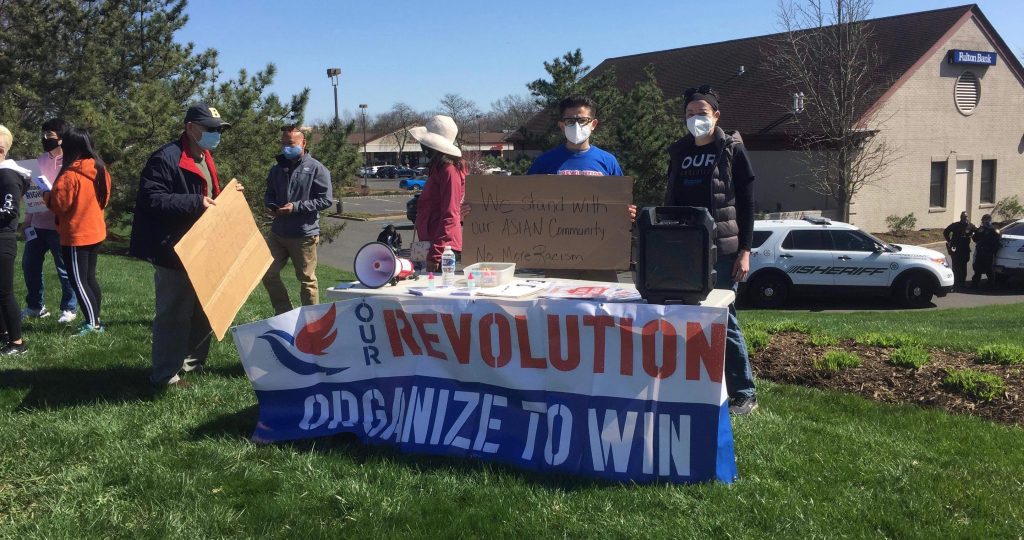 Our Revolution Hillsborough shows its support for the Asian American community by holding a Rally Against Racism event on April 3 in Hillsborough. PHOTO COURTESY OF OUR REVOLUTION HILLSBOROUGH
× 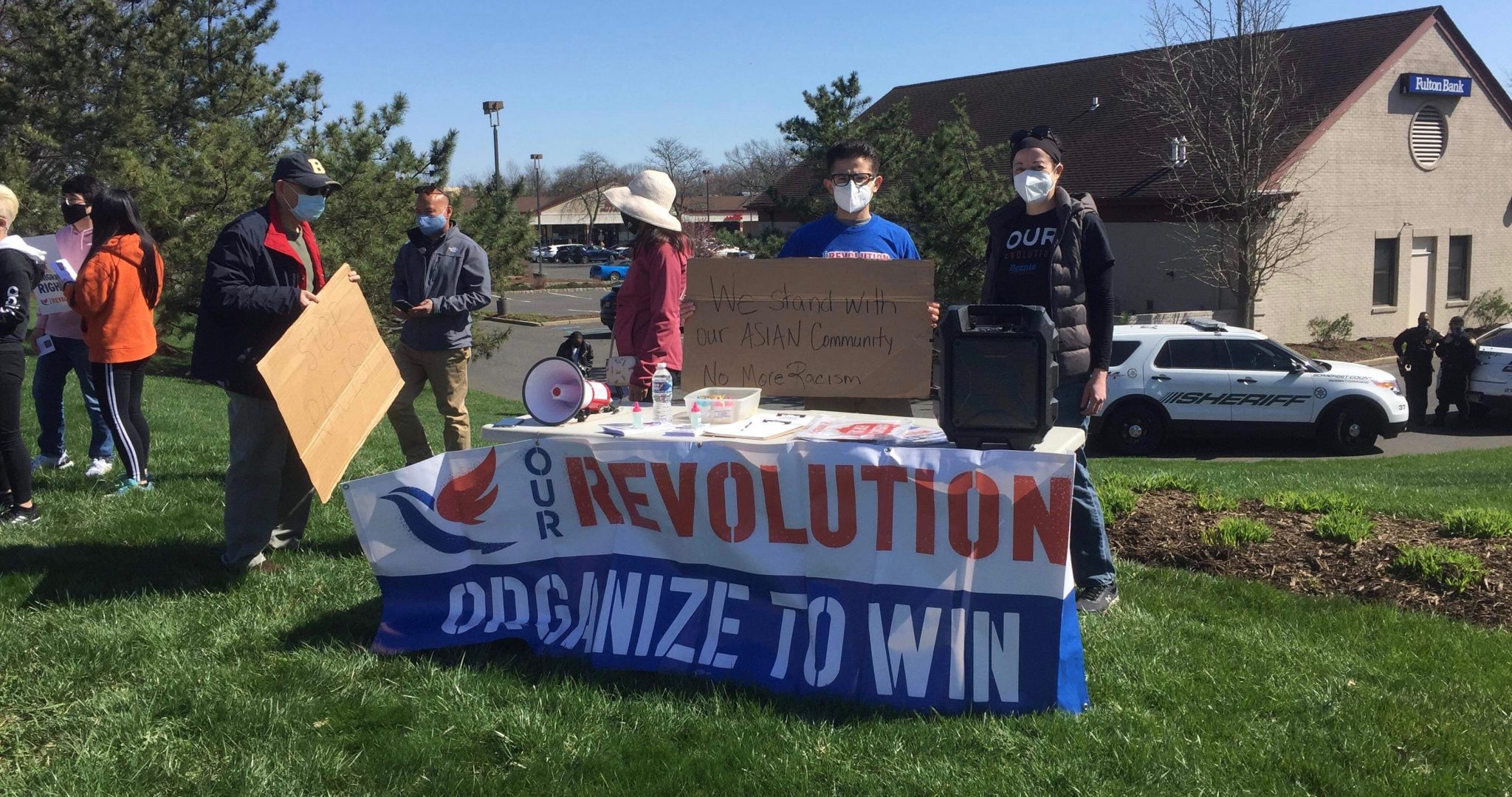 Our Revolution Hillsborough shows its support for the Asian American community by holding a Rally Against Racism event on April 3 in Hillsborough. PHOTO COURTESY OF OUR REVOLUTION HILLSBOROUGH

In its continuing mission to bring awareness to the injustices surrounding minority groups, Our Revolution Hillsborough (ORH) held a Rally Against Racism event on April 3 at the intersection of Route 206 and Amwell Road in Hillsborough.

ORH President Didier Jimenez said that the purpose of the event was to bring awareness to the hateful acts that have come against the Asian American community recently because of the coronavirus pandemic and to find ways to stop it.

“We want to be there in solidarity with them,” Jimenez said. “It was a good opportunity for us to come out and show the Asian American community that they are not alone and that we are with them.”

The rally was “the right way” for ORH to start its events for 2021 in the eyes of Jimenez.

Around 40 people came to the rally, most being from the Asian American community, Jimenez said.

Many newcomers also joined ORH at the rally to fight against the recent attacks on Asian Americans, added Jimenez.

Jimenez said ORH stands against racism of all people and that all are welcome from around the Somerset County area to join the organization in its fight against racism and its upholding of social justice.

“We want justice and equality for everyone,” Jimenez said.

Somerset County Sheriff Darrin Russo worked with ORH to help the county be a part of the event.

Since Russo helped launch the county’s Hate Crime Prevention and Awareness Unit last year, he and members of his staff have been involved with many different organizations in the Somerset County community to help fight against racism and discrimination against gender/sexuality.

The county also has a Chaplain Program that Russo and members of his staff run to help all religious communities in the area be able to follow their beliefs peacefully without any harm.

As for protests or rallies, Russo says that he is for any rally or protest that is done peacefully and that the events done by ORH have been such.

“Any rally that is peaceful is a positive image for the community and can help bring people in the community together,” Russo said.

Jimenez said that ORH also worked with a local organization called BoroCares that is run by members of the Hillsborough Township Public Schools for its Rally Against Racism.

For its next adventure in fighting racism and for social justice, Jimenez said ORH is planning on doing a one-year anniversary event this June in honor of the George Floyd rally they held last year.

“Folks are coming out and want to work with us to fight against racism and hate crimes,” Jimenez said. “The fight for justice does not end.”