The MonsterVerse has given us updated versions of some classic movie Titans. Godzilla has had his story and King Kong has had his adventures, and throughout the variety of films, different individuals have tried to harness the power of these legendary creatures. Now, it’s time to bring the two classic Titans together in Godzilla vs. Kong.

Godzilla has been away for quite some time but he suddenly reemerges from hiding to wreak havoc on Apex Cybernetics, a seemingly innocuous research facility in Pensacola, Florida. After the attack on his facility, Apex head Walter Simmons (Demián Bichir) decides to enlist the help of Nathan Lind (Alexander Skarsgård).

Simmons appeals to the man who lost his brother in a previous mission to Hollow Earth to help discover the amazing power that may be housed there. Lind will need to reach out to Ilene Andrews (Rebecca Hall) and the beast she is housing on Skull Island. That beast is none other than the legendary King Kong, and the hope is that Kong will lead the crew to an entrance to his home.

While many believe the attack on Apex was random, Bernie Hayes (Brian Tyree Henry) does not. He hosts the Titan Truth Podcast and is driven to expose the truth behind every conspiracy involving the Titans. Hayes is sought out by the curious Madison Russell (Millie Bobby Brown), who has experience with Godzilla and wants to get to the bottom of things as well.

Godzilla and Kong have an ancient rivalry, and although Kong bows to no one, neither does Godzilla, so as expected, the battle between the two rages on. What is Apex really up to and what devastation will be unleashed on society if two of the toughest Titans known to man go toe-to-toe?

If you have been waiting to brave a trip to the movie theater, this might be the film to do it with. Godzilla vs. Kong is not only a monster movie, it is also monstrous in its scope and size, and best served on a big screen. As we ride along for face-offs with the legendary beasts, we are treated to sound that will rattle the walls of theaters everywhere, even your home theater. Though dark at times, this film makes amazing use of the contrast in colors between being underwater and the gorgeous nature of Hollow Earth.

The acting performances are really secondary to our monsters. The performances that we want to see come from the teams who have crafted two of our legendary friends. From the scars that remain on Kong’s chest from earlier battles to the fresh damage the two inflict on each other, we are treated to a visual spectacle of goods. Although the actors are secondary, I was a big fan of Tyree Henry’s Bernie as he combines just the right amount of conspiracy drive with apparent courage in his quest to get to the heart of the matter.

As the King Kong and Godzilla films have progressed, one thing is for certain: The interwoven plots provide a nice narrative to an overall story, and I’ve found myself truly enjoying the tale. Godzilla vs. Kong is a battle that leaves viewers the ultimate winners. 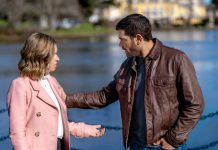 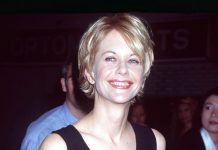 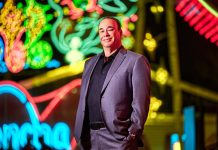 Jon Taffer of ‘Bar Rescue’ on His Most Emotional Season Ever