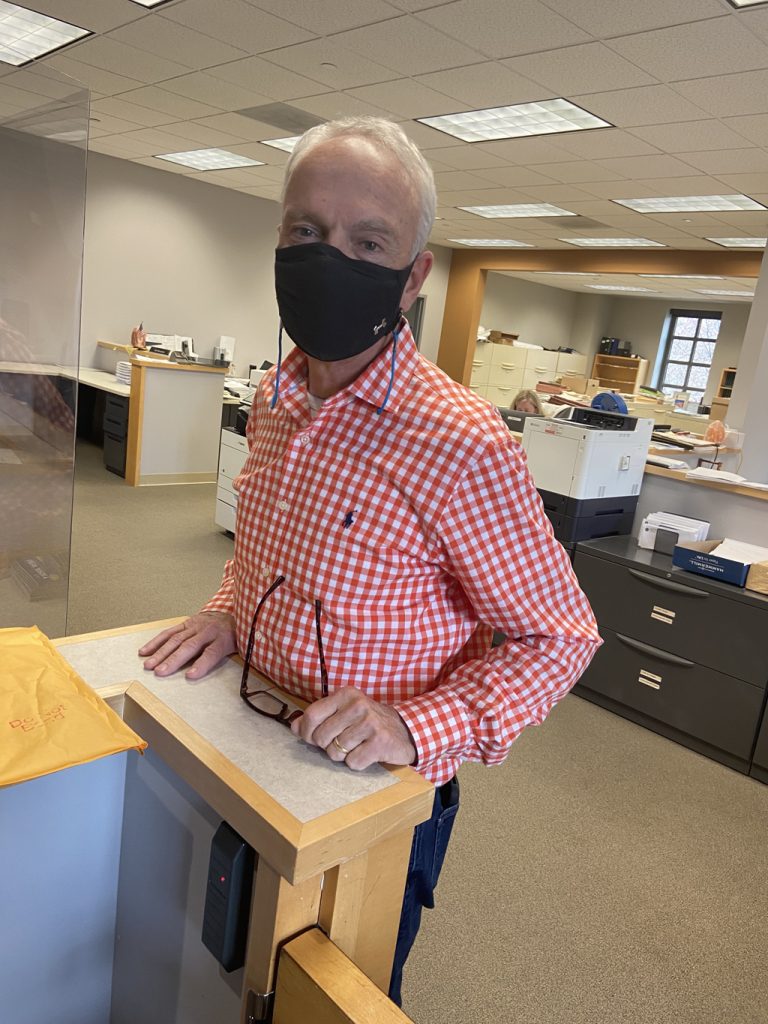 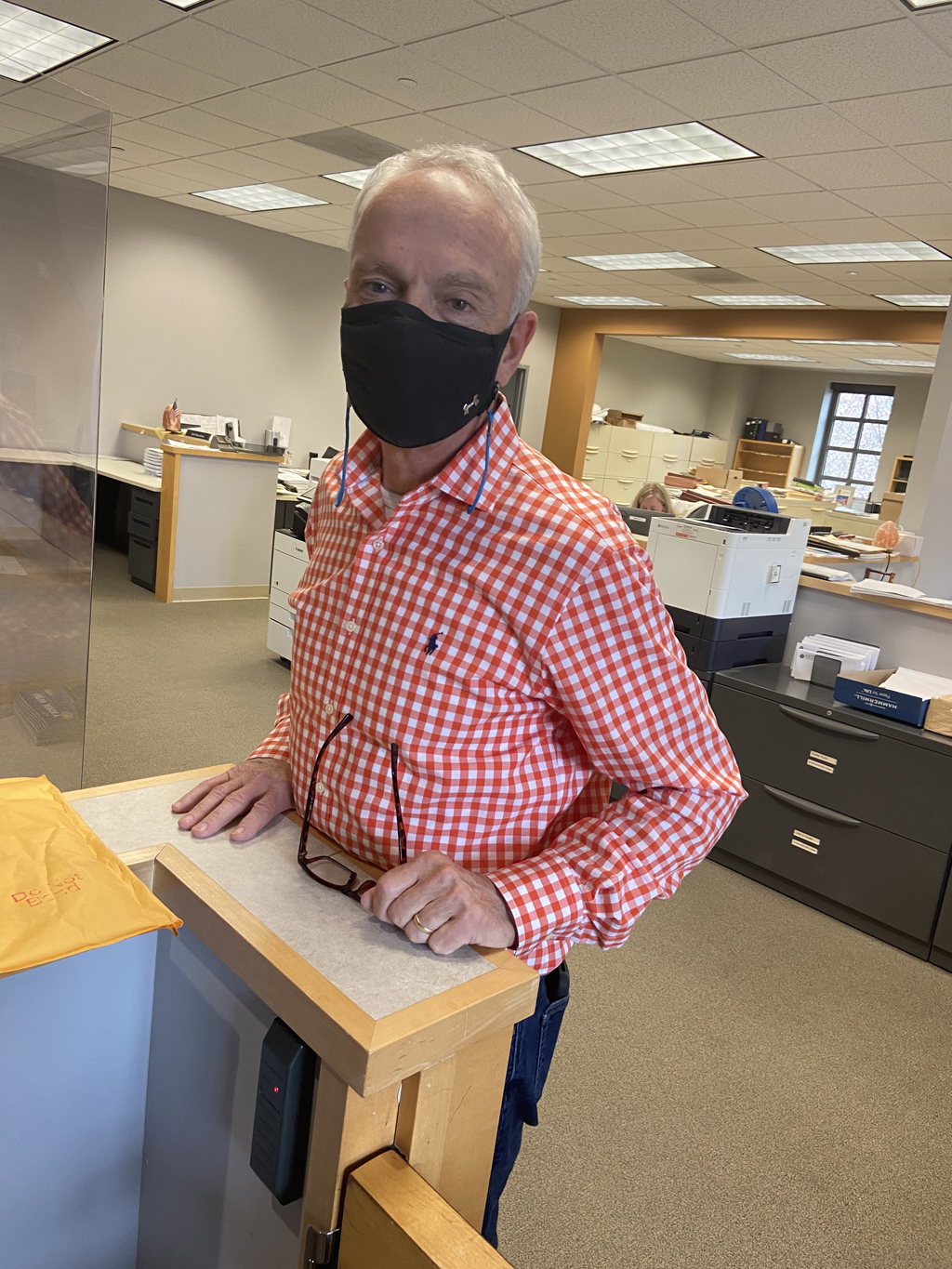 Bob is back, not for long, but just long enough for Princeton to benefit from his wise and wry words, as well as his laser-focused ability to get things done by cutting through cliché-filled speeches and cutting down on daily Zoom meetings.

Serving as acting administrator for Princeton is Bob Bruschi, who was the administrator of Princeton Borough for 13 years and of consolidated Princeton for two years. He supposedly retired six years ago, but Princeton Council recently asked Bob to return to his old job for a couple of months, until council members found a new municipal administrator to replace Marc Dashield, who just recently retired.

“This gig was never on my horizon. I had no intention whatsoever to return to a career as municipal administrator – a job for a much younger person,” said the 68-year-old Bruschi, who will be 69 in October. But he decided to swoop into the role of acting administrator for a couple of months, not only because the Princeton mayor and council asked for a little help from their friend, but also because “the timing was right.” Bob’s “retirement” responsibilities – as an executive in a sports events firm specializing in managing golf tournaments and as a golfing aficionado – had slowed down because of the pandemic. COVID significantly affected not only Bob’s career and his recreational passion, but also his family. His elderly mother in a nursing home died from the disease. And his son-in-law was sick for five weeks with COVID, but has “thankfully recovered, and all members of the family are okay,” said Bob.

Since his next big golf event is scheduled for Lake Tahoe in early June, Bob had the time this spring to exchange his golf shirt for a super hero cape. His goal was never to leap tall buildings in a single bound, but rather solve short-term conundrums in very few steps. He wanted to free up council members’ time and clear out the micromanaging cobwebs, so council members would be able to plan and strategize for the future. “They need to be able to focus on policy issues like redevelopment, environment, sewers, social equity, taxes, viability of the business community, and all municipal property, including the Valley Road School and the Princeton Public Works facilities,” he said.

Running PGA events is great training for the job of municipal administrator – or vice versa. “As operations manager, I oversee every single detail of the event – the hospitality areas, bleachers, concession stands, media relations, and “most importantly, the Porta Johns – this includes not only figuring out the optimum number of Porta Johns but also how to place them so they are out of the camera’s view,” said Bob.

He has three observations, some of which he conveyed to Marc Dashield six years ago, that he will pass on to the new administrator Bernard “Bernie” Hvozdovic, Jr. Serving as the South Brunswick Township manager since 2011, Mr. Hvozdovic will begin his new job on May 3. Bob will work with Bernie for a few weeks before Bob is able to don his golf shirt again.

1. “Like in so many communities, everyone in town announces that he or she is an expert. … What sets Princeton apart from other communities is that in Princeton if someone says he/she is an expert, it is true. I learned this lesson when I started my job as Princeton Borough administrator and was asked to be a celebrity reader at a Princeton Public Library program. I do not remember the details, but I do know I was honored to be labeled a celebrity with my very modest accomplishments in life. Particularly sobering was the fact that the person reading before me had won a Nobel Prize and the person after me was the recipient of a Pulitzer Prize. I just was happy that I had a couple of diplomas,” said Bob, who has undergraduate and graduate degrees in public administration and is a 1970 graduate of Princeton High School.

2. “People in Princeton are truly accepting of differences and diversity. It is not a fake “we-love-diversity” mantra. It is very important value for this town – one of the many reasons why my job has been particularly gratifying.

3. “I am very happy to see that the town seems to be truly consolidated – not only legally, but also emotionally and intellectually. Sure, there are still borough/township loyalists who occasionally grumble, but for the most part the town thinks and acts as a consolidated community. … As I said in 2014 when I retired, we just need to focus on good government for the sake of all the residents no matter where they live in Princeton,” said Bob, who fancies himself as being an expert on Princeton consolidation by virtue of not only his professional life but also his personal life. Growing up in Princeton Township (his family moved to Princeton Township in 1959), Bob married Linda Federico, a Princeton Borough resident. This has been a long and happy consolidation that has produced two children and four grandchildren.

With the appointment of Bernie, Bob is confident that the town will be in excellent hands – and Bob is thrilled that his hands will be folded around a golf club in the magnificent environment of Lake Tahoe in the very near future.