In the early hours of April 6, Dr. Anita Edith Sicroff passed away at Alcoeur Gardens at Toms River in south Jersey. She was 96, an early survivor of Covid-19, and — but for Alzheimer’s — in excellent health and spirits.

Born in 1924 to Rose and Paul Grossman, Anita grew up in the Bronx. Anita loved animals, and expected early on to be a biologist, but fell under the spell of French and French literature in her early teens. She majored in French and Spanish at Hunter College High School and Hunter College in New York, and undertook graduate studies at Syracuse University (French and Philosophy), the University of Madrid, Middlebury College, and Vanderbilt (MA and PhD in French and Spanish literature). Anita was a gifted scholar and teacher: she was inducted into Phi Beta Kappa, served as president of the Society of French Teachers of New Jersey, and was honored with the Ordre des Palmes Académiques, an order of knighthood bestowed by the French government on exceptional academics and cultural figures.

In Syracuse, Anita fell in love with Albert Sicroff, a brilliant young Hispanist and philosopher whose research provided the excuse for years in France and Spain. Days after their marriage in August 1947, they left for France, residing in the outskirts of Paris — a dream come true! They were joined by Wipsy, an English cocker spaniel, and later by their sons, Elan, Seth and Jonathan.

Anita had a successful career as professor of French and Spanish, and later English as a second language, at Fisk University, Adelphi, Trenton State, Rider, Mercer County Community College, Middlesex, and Rutgers.

Anita Sicroff will be missed by all who knew her.

In lieu of flowers, please consider a donation to the Alzheimer’s Association.

Arrangements are under the direction of Carmona Bolen Home for Funerals, 412 Main St., Toms River 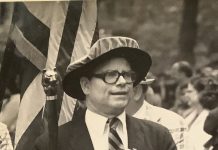 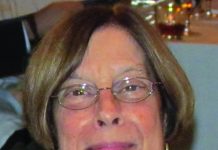 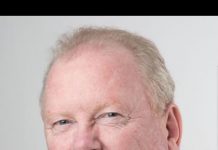