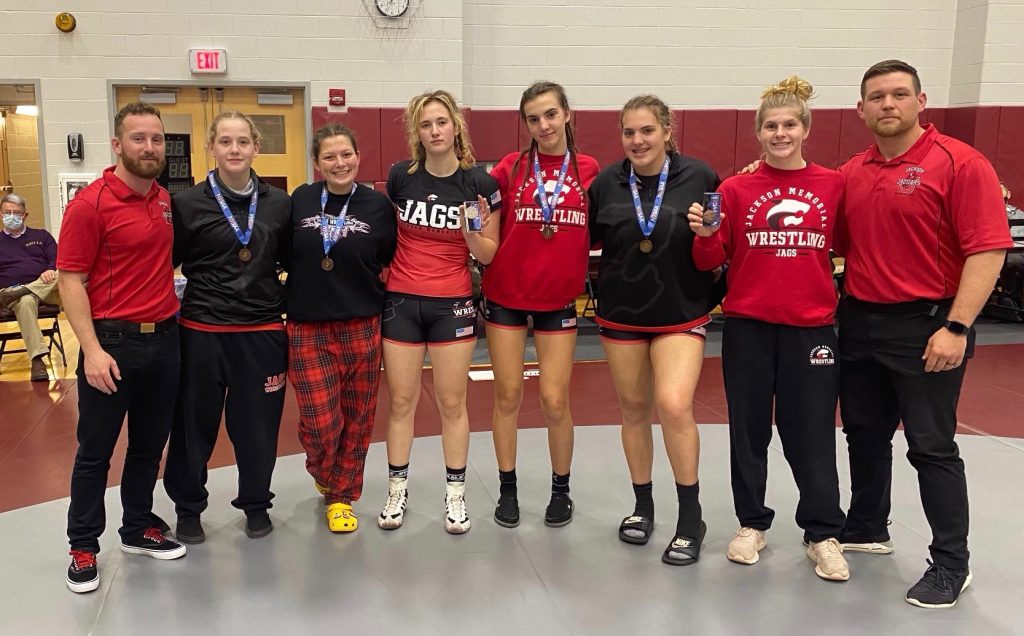 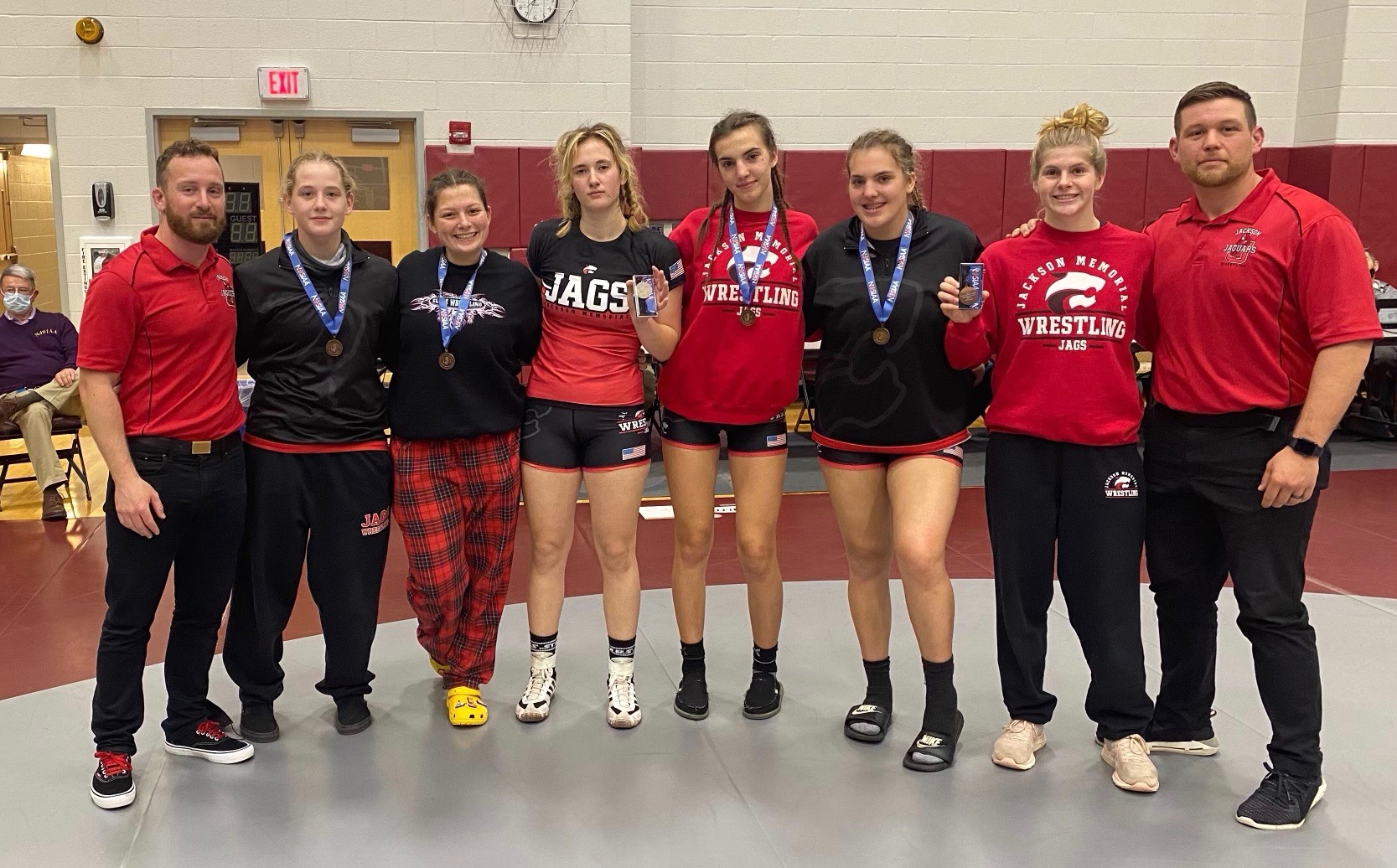 “We are very dedicated to what we do on the mat,” Coach Joe Lemke said. “We have a great room and a great atmosphere. The girls are determined to do well and set their minds on what they want to do.”

Stanberry reached the championship match at 151 pounds. She lost that bout and took home the silver medal.

At the south region tournament that was held at Williamstown High School the prior week, Stanberry won her first region championship.

Stanberry, the No. 3 seed in her weight class, pinned No. 2 seed Rachel Forsman of Eastern Regional High School in the semifinals.

In the finals, Stanberry faced Kingsway High School’s Katherine Bott, who was the No. 1 seed. Stanberry pinned Bott 27 seconds into the third period to win the region crown.

In the state tournament final, Bott pinned Stanberry to claim the title.

“I think the learning experience of competing in the state tournament last year helped her a lot,” the coach said. “She dedicated a lot of her time in the off-season to train and took a leap both physically and mentally.”

Stanberry and Katz will be seniors next season and Lemke believes they will both have a chance to win a state title.

Biesczcad, who started wrestling a year ago, advanced to the 2021 state tournament. Lemke said he has been impressed with Biesczcad’s development over two years and it showed with her fifth place finish in the state tournament.

Biesczcad got her sister, Kamila, to try wrestling this season and Lemke was excited to see her place sixth in the state tournament.

Lemke is proud of the success his wrestlers have been able to achieve in three years.

“Early on, we knew we had something special here in Jackson and we are striving to continue that success.

“We have a talented group of girls who are willing to learn more about the sport. We want to get as many girls into as many region and state tournaments as we can,” he said.

Lemke said he is proud of how his wrestlers and assistant coaches Chris Rash and Diana Strizki handled the challenging circumstances surrounding the ongoing coronavirus pandemic this season. He said everyone in the program was on the same page.

“The girls are extremely dedicated and professional. It was our goal to try to do the best we could with what we had. Everyone stepped up,” he said. 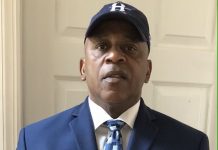