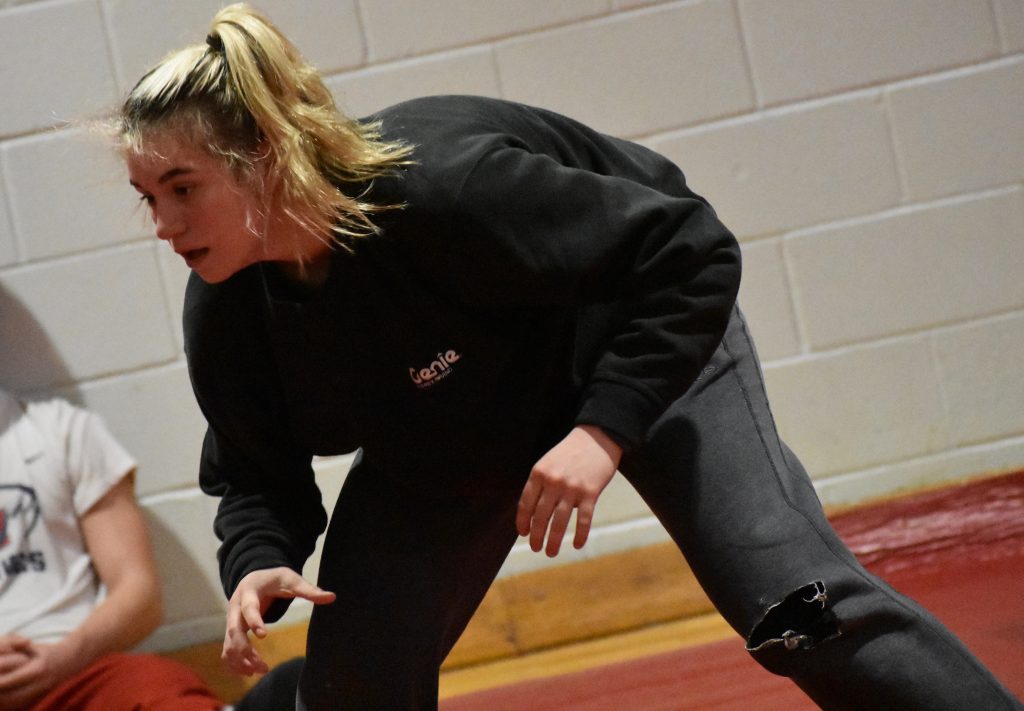 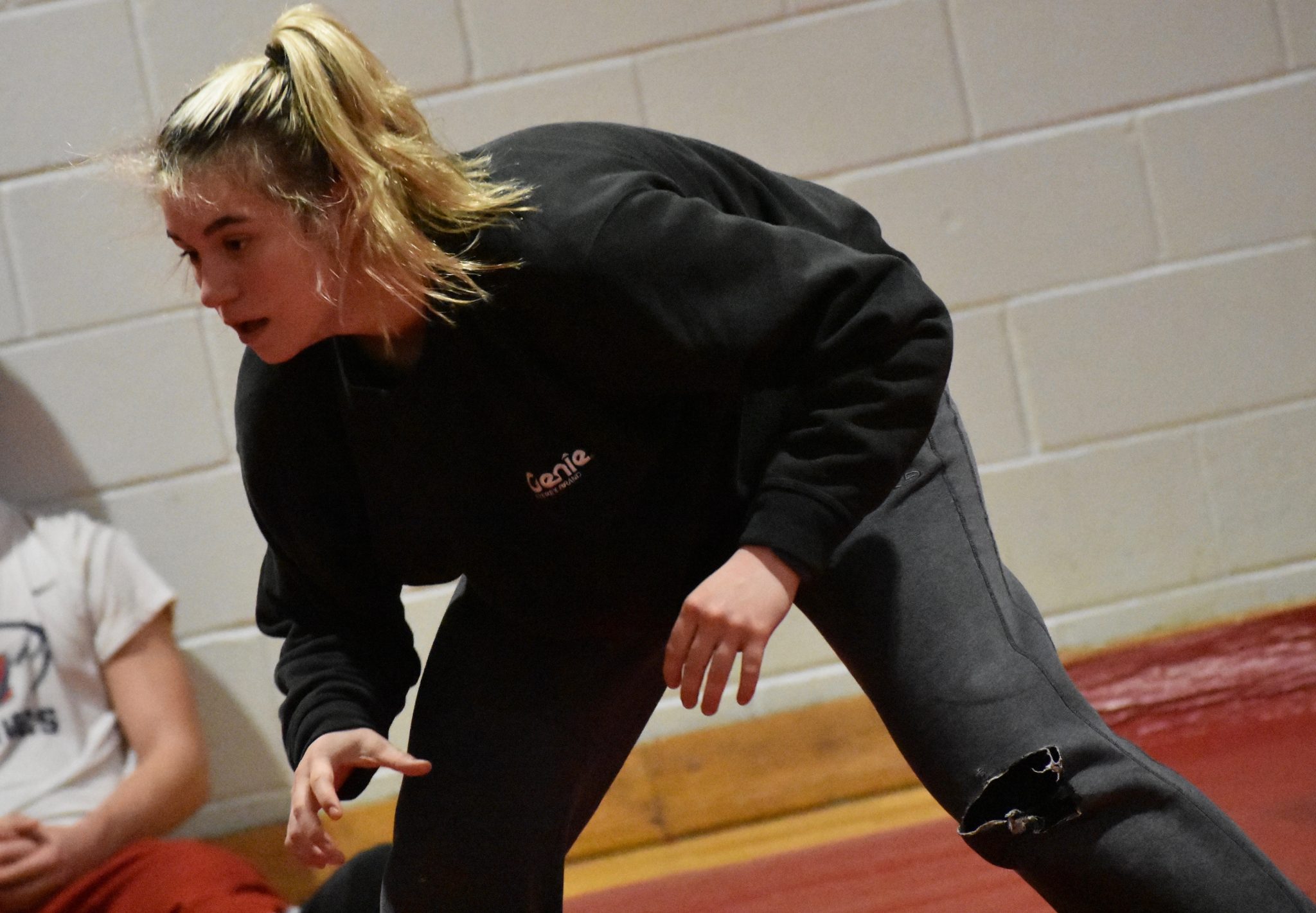 The legacy that Manalapan High School athlete Jessi Johnson left on the wrestling mat from 2018-21 will be talked about for years to come in New Jersey high school girls wrestling circles.

“Jessi has set the bar for New Jersey high school girls wrestling,” Manalapan Coach Scott Pressman said. “She has shown what you can do as a female wrestler on the mat and off the mat in the community.”

Since girls wrestling became an NJSIAA sanctioned sport three years ago, Johnson has been sensational.

On April 10, Johnson, who is a resident of Manalapan, became one of only 33 New Jersey boys or girls who have won three state tournament championships.

Johnson and Princeton High School’s Chloe Ayers are the only two young women in the Garden State who have won three state titles.

“It feels amazing,” Johnson said about being a three-time state champion. “It’s super cool to be one the first people to do that. I think people will always remember the first girls who did that.”

Johnson said that as she entered her senior season, she was a little scared she might not get the opportunity to make a run for a third state title or even wrestle again in high school because of the ongoing coronavirus pandemic.

Once it was announced there would be an abbreviated season and that the NJSIAA would hold region tournaments and a state tournament, those concerns disappeared.

Johnson said she is grateful there was a high school wrestling season and a state tournament in 2021 and she made the most of every opportunity she got. Johnson pinned her way to a second straight perfect season (9-0) and did not surrender a point to any of her opponents.

Pressman believes Johnson’s dominance on the mat sealed her position as the best wrestler in the state.

“She is leaps and bounds better than anyone else. She is a competitor who is able to make adjustments and do what she needs to do to win,” the coach said.

As a junior, while competing at 151 pounds, Johnson was 21-0 with 19 pins. She won her second state championship and her first region and Shore Conference crowns.

“My mindset all the time is to be the aggressor. I want to get in, get out and get it done,” she said.

Johnson said her martial arts background – she participated in Jiu-Jitsu as she was growing up – has helped her on the mat since she began wrestling in the seventh grade.

“The transition (to wrestling) was a lot smoother for me because I knew a lot of the basics. Once I got started on the mat, it was easier for me to progress,” she said.

The only loss Johnson had in high school came during her sophomore season at the South Region championships when she lost to Manasquan High School’s America Garay in the semifinals of the 136-pound bracket.

After that loss, there was no stopping Johnson. In the third place consolation bout that followed her loss to Garay, Johnson pinned Kingsway High School’s Alexa Firestone to advance to the state tournament for the first time.

At the state tournament, Johnson defeated Parsippany High School’s Hailey Budney, 2-0, in the quarterfinals and then avenged her loss to Garay by pinning the Manasquan grappler in the semifinals to reach the championship bout.

She went on to win two region championships and became the eighth Shore Conference wrestler to claim three state titles.

All of those accolades are something Johnson could not imagine achieving when she entered high school. She thought she would only be able to wrestle against boys.

Johnson said she is “lucky” to have had the opportunity to compete in girls wrestling for three years and said she is proud of the hard work she has put in to achieve all that she has for the Braves.

“I have been training for this all year and feel it’s deserving,” she said of her 2021 state title.

Johnson will continue her wrestling career at Lock Haven University in Pennsylvania, where she plans to study physical therapy. Her future goals include having a chance to earn a place on the USA Women’s Wrestling World Team.

Johnson, who will be remembered and honored as a trailblazer in New Jersey high school girls wrestling, set at a high standard of success that she hopes many other young women will follow as the sport continues to grow in the state.

“It’s great to look back and see how well I performed. It feels great,” she said.