The Princeton Council approved the waiver of the building permit fees at its April 12 meeting.

The additional 25 units grew out of the Municipality of Princeton’s lawsuit settlement with the Fair Share Housing Center last year. Princeton, along with many towns in New Jersey, was sued by the nonprofit group for allegedly failing to provide its fair share of affordable housing.

Three apartments will meet the standards of the federal Americans With Disabilities Act and will be located on the first floor. One of the two-bedroom apartments will be set aside for a person who is visually impaired or who has a hearing impairment.

The new apartments will be built in a three-story building, located near the Holly House apartment building on Sassafras Row. There will be 38 parking spaces, with an additional 35 parking spaces to be “banked” – not built unless they are needed.

Parking is the number one issue with the residents, said Edward Truscelli, executive director of Princeton Community Housing. Car share and buses will not meet the residents’ needs, he said.

“(Electric cars) are not just for rich people. We should allow for people to get an electric vehicle,” Tech-Czarny said. Lower income people should have access to electric vehicles, he said.

One resident who lives in the Holly House apartment building agreed and said that while he does not own an electric vehicle now, he might buy one in the future. Providing electric vehicle charging stations could encourage people to buy them, he said.

Additional sustainability measures are included in the new apartment building. The roof will be designed to accommodate solar panels, and kitchen and laundry equipment will meet Energy Star efficiency ratings. Each unit will have laundry equipment. 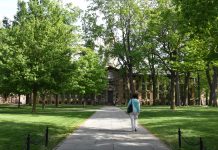 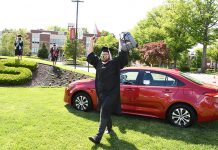