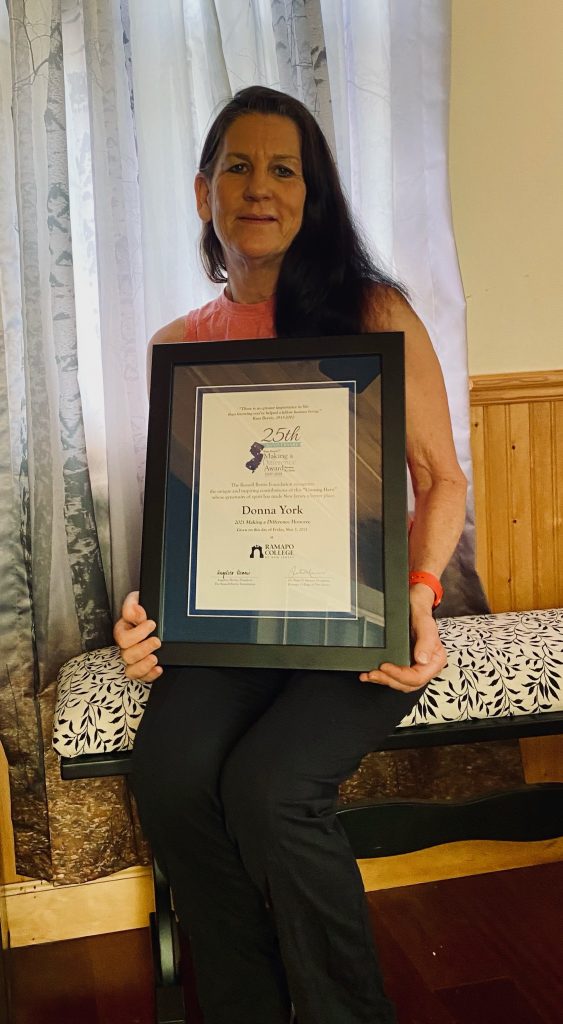 HARK ALS founder Donna York received a cash prize of $7,500 as a 2021 recipient of the Russ Berrie Making a Difference Award. PHOTO COURTESY OF DONNA YORK
× 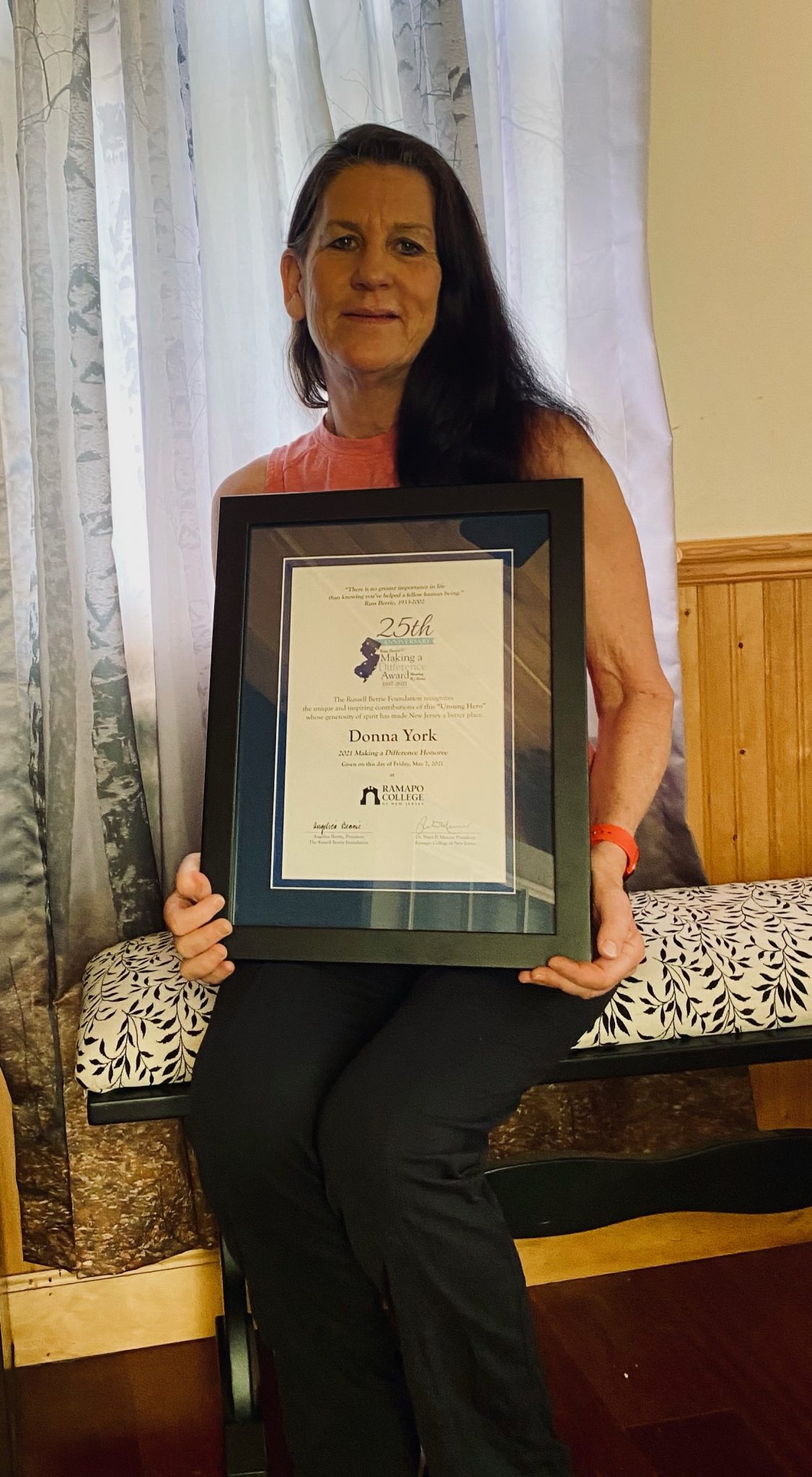 HARK ALS founder Donna York received a cash prize of $7,500 as a 2021 recipient of the Russ Berrie Making a Difference Award. PHOTO COURTESY OF DONNA YORK

Hillsborough Township resident Donna York has made it her mission over the last 11 years to bring awareness to amyotrophic lateral sclerosis (ALS) or as most people call it, Lou Gehrig’s disease, while also helping families get the proper care they need to support their loved ones who have been diagnosed with the disease.

Ever since her father Charles Dourney was diagnosed with ALS in 2009, York has made it her mission to learn more about the disease, and it has led to her learning about the financial burdens that people face when trying to care for a family member who has ALS.

“It’s something that I have a passion for,” York said. “I understand what these families are going through having been through it before and want to help them out in any way.”

It was during the time of her father’s battle with ALS and passing in 2011 that York also saw her close friend, Jeryl Anderson, go through the financial traumas of the disease with her husband having ALS.

York said she was sad to see her friend quit her job to help her husband and struggle to keep their finances in order.

She started thinking about what she could do to help her friend and others who were going through the same situation.

Going by her father’s motto of “If you can help someone, you should do it,” York began her own non-profit organization called HARK ALS, with its purpose being to provide a network of compassionate resources to help ALS families in situations like Armstrong.

The name HARK was used because of it being her father’s nickname, York said.

Resources that HARK ALS provides to families and those dealing with ALS include purchasing or donating accessible handicap vans, getting needed equipment for patients not covered by insurance, providing financial assistance for household expenses and helping install home modifications to help ALS patients.

“It’s been a labor of love and a tribute to my dad,” York said. “We have developed a lot of resources since starting the foundation. Across the board, we try to help families in any way we can. We help with their finances, mortgages, payments – anything we can to help them.”

Since beginning the organization in 2011, York said HARK ALS has helped around 300-400 families and has raised close to $3 million.

Because of York’s dedication to helping families and people with ALS for over the last decade, she was nominated by one of her peers, Donna Mason, for the Russ Berrie Making a Difference Award.

As part of the Russell Berrie Foundation that is held through Ramapo University, the Russ Berrie Making a Difference Award has been given out since 1997 to honor unsung heroes across the state “whose outstanding service to others and heroic make a substantial impact on the lives of others.”

This year, 19 people/groups from New Jersey were honored with a Russ Berrie Making a Difference Award, with York being one of the honorees that received a prize of $7,500.

All the recipients were honored during a virtual ceremony on May 7 and received a plaque for their accomplishment.

“It was very nice to be recognized,” York said about her award. “I’m amazed at how much money we’ve raised and how many families we have helped out.”

A Hillsborough resident for the last 11 years, York said she has come in contact with a few families in the area who have a loved one dealing with ALS.

She hopes her success with HARK ALS can spark others in the Hillsborough community to reach out for help and to those as well who want to help out the cause.

“I want people to know that there is someone in the community that can help them,” York said.