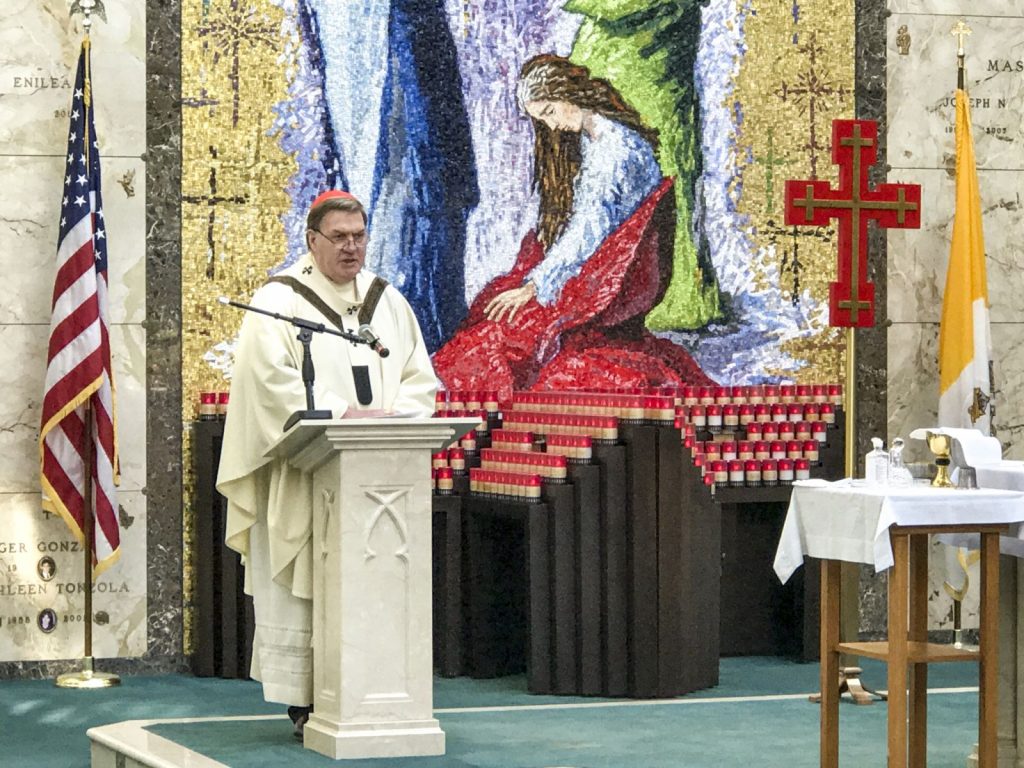 Cardinal Joseph W. Tobin celebrates Mass on Memorial Day in 2020.PHOTO COURTESY OF CATHOLIC CEMETERIES OF THE ARCHDIOCESE OF NEWARK
× 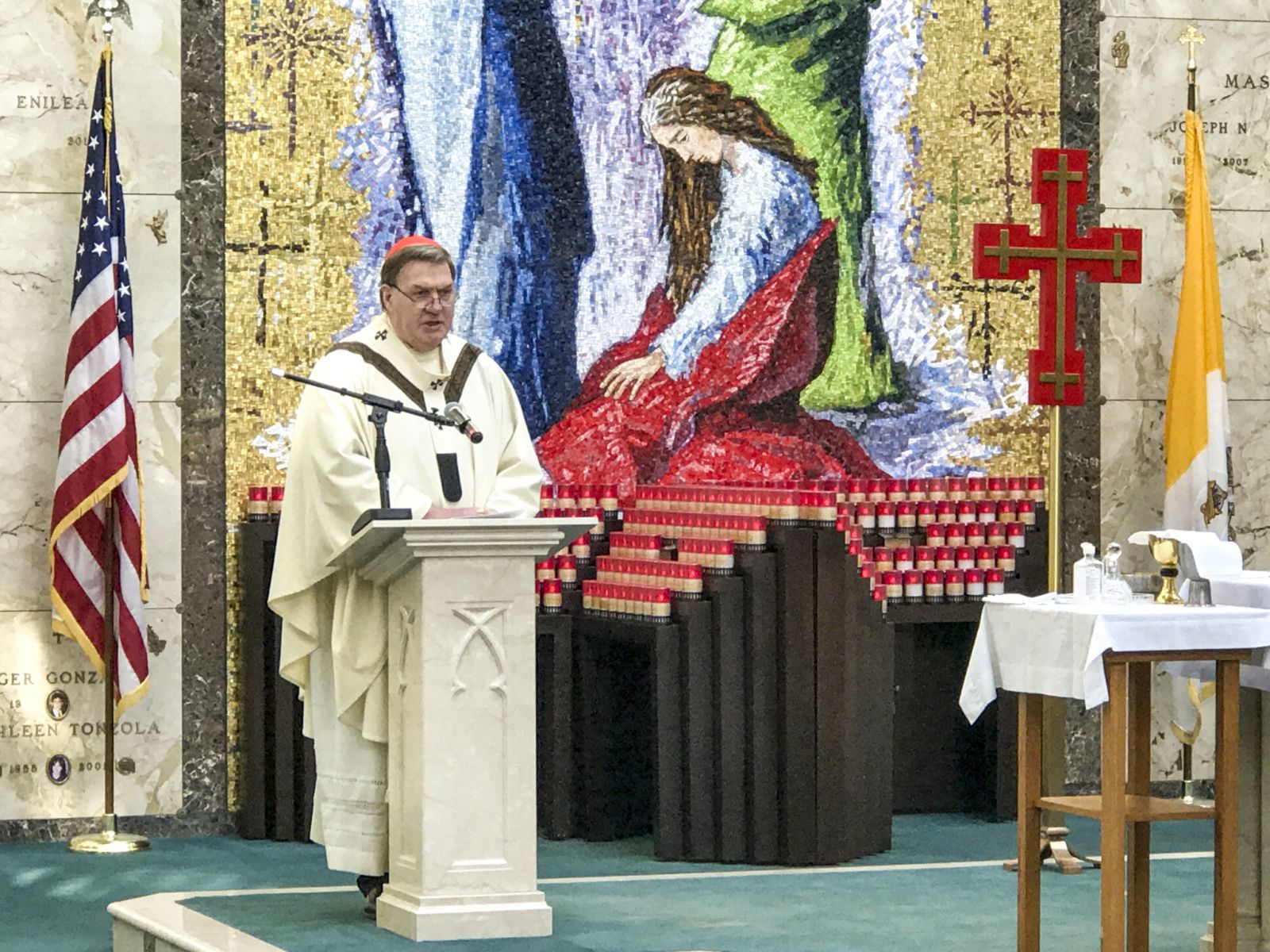 Cardinal Joseph W. Tobin celebrates Mass on Memorial Day in 2020.PHOTO COURTESY OF CATHOLIC CEMETERIES OF THE ARCHDIOCESE OF NEWARK

Cardinal Joseph W. Tobin, Archbishop of Newark, will celebrate a Mass commemorating Memorial Day within the new Chapel Mausoleum of the Resurrection at St. Gertrude Cemetery and Mausoleum in the Colonia section of Woodbridge at 11 a.m. May 31.

The Mass honors those serving or who have served in the United States military, especially those who have made the ultimate sacrifice.

While Mass attendance is restricted at all archdiocesan cemeteries this Memorial Day due to COVID-19, all are welcome to join via livestream on the Archdiocese of Newark’s YouTube channel or Catholic Cemeteries’ webpage or YouTube channel.

During the livestream, Tobin will also and dedicate the altar within the newly-constructed chapel. This is a relatively rare occurrence since altars are only consecrated once after being constructed.

Those watching the livestream will see the new St. Gertrude Chapel Mausoleum of the Resurrection, which was unveiled recently. The mausoleum is the first in archdiocesan history to feature a unique chapel exclusively for cremation niches. It also includes exquisite stained-glass windows and a Tiffany-styled dome over the altar in the main chapel, all of which were rescued from closed churches and restored through the archdiocesan Artwork Preservation Program.

Additionally, new artworks were created especially for the mausoleum by Progretto Arte Poli, an art studio in Verona, Italy, known for producing artworks for the Holy See at the Vatican Gardens, the Apostolic Palace, and the Diocese of Rome’s St. John Lateran Basilica.

The mausoleum is adorned with a stained-glass window of Jesus ascending to heaven and a marble altar, which features intricately-designed bronze statues of Mary and the 12 Apostles during Pentecost.

Catholic Cemeteries of the Archdiocese of Newark also will honor veterans interred at archdiocesan cemeteries by placing more than 1,000 American flags at their graves. Those flags will fly from Memorial Day, Monday, May 31, through Flag Day, Monday, June 14, 2021.

To schedule a free appointment to see the mausoleum’s artworks or to discuss burial or cemetery arrangements with a memorial planning advisor, visit www.rcancem.org.

On Memorial Day, Monday, May 31, the Chapel Mausoleum of the Resurrection will be open to the public after Mass from 2–4:30 p.m. 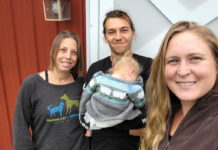