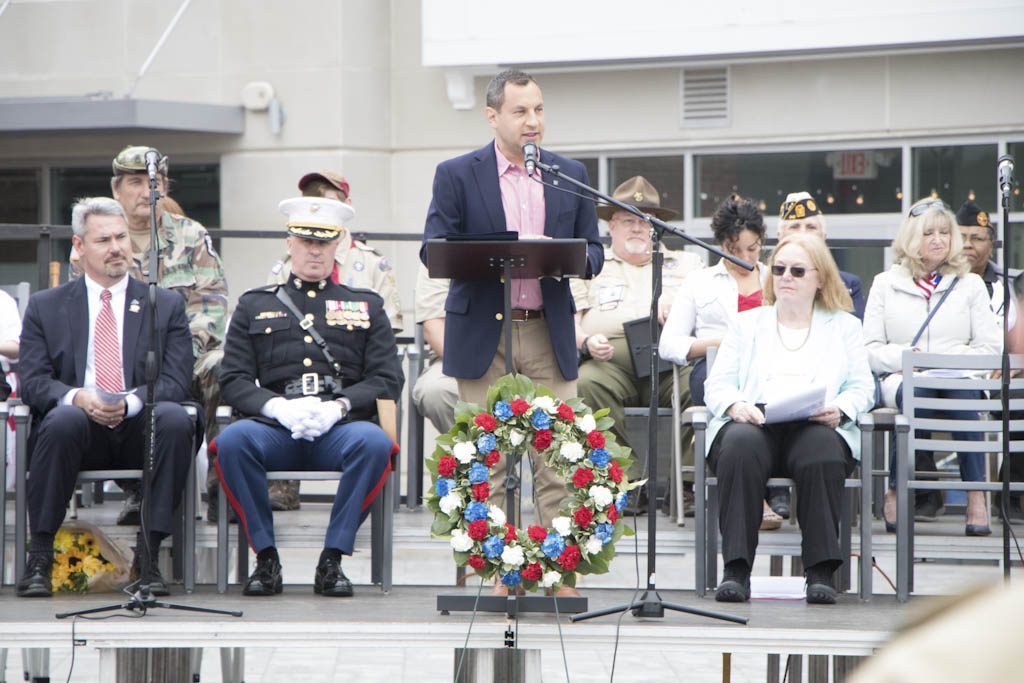 METUCHEN –As it has for more than 90 years, the Borough of Metuchen will mark the day that honors the men and women who gave their lives while defending the nation with a parade, memorial service and a heightened sense of community.

The day’s beloved traditions will continue, despite some limitations made necessary by the pandemic, as they were last year.

A virtual “rolling” Memorial Day Parade led by the Metuchen Fire Department will begin at 9:30 a.m. on Monday, May 31, according to Ellen Regan, who is in charge of 2021 Memorial Day events for the Metuchen Parade Commission.

As it was last year, the annual parade is being pared down so as not to encourage crowds to gather along the route, Regan explained.

“We are making the most of what we can do,” she said. “We are not hosting a parade this year, unfortunately because of COVID, so we’re going to be doing some things virtually.

The fire department will ride through town along with the police, DPW and some emergency vehicles.

The parade will visit a limited number of local roadways and residents are encouraged to be outside to view the parade, while socially distancing.

Metuchen’s first responders will drive their vehicles around town to pay their respects, according to a post on the Metuchen Fire Department Facebook page.

A live tracker link posted on the page will make it possible to follow the progress of the rolling parade through neighborhoods and to pick the best spot to join in honoring the veterans who gave their lives defending the nation.

The link for the 8-mile rolling parade route is www.plotaroute.com/route/1114239

“To coincide with that we have been selling lawn signs,” Regan said. “Hopefully people will go outside, stand on their lawns and as long as they are socially distanced, just wave their flags.”

The commission’s red-white-and-blue patriotic lawn signs have been sprouting up throughout the borough as Memorial Day approaches. The $10 donation covers the cost of the signs and any excess funds will be put toward future parades, she said.

The goal is for the red-white-and-blue signs to create a patriotic display in conjunction with the parade.

Members of the Metuchen Parade Commission, in addition to Regan, are Patricia Lucas-Schnarre, who served as chair in 2020, Jamie Schleck, Lynne Mueller and Brendan Flynn.

The commission also sponsored a virtual student art contest at all the grade schools, Regan said. A virtual gallery of the patriotic posters can be viewed on the Metuchen Arts Council site at www.metuchenartscouncil.com

“It’s posted and has been a true team effort because the arts council offered their site so that the posters could be submitted digitally,” Regan said, adding that some posters are being displayed in shop windows.

As in the past, the parade will conclude at 11:30 a.m. at Memorial Park where American Legion Post 65 will host a Memorial Day observance with a wreath laying.

He said the observance of Memorial Day will include replacing American flags with new flags on the graves of veterans at cemeteries including Hillside and Old Colonial and the First Presbyterian Church graveyard.

According to Zjawin, Post 65 is named in honor of two local World War I soldiers, Edward O. Fugle and Frank Hummer, both of whom were fatally wounded at the Battle of St. Mihiel, in France, on Sept. 19, 1918.

The ceremony will also be live-streamed on the borough’s Facebook page.