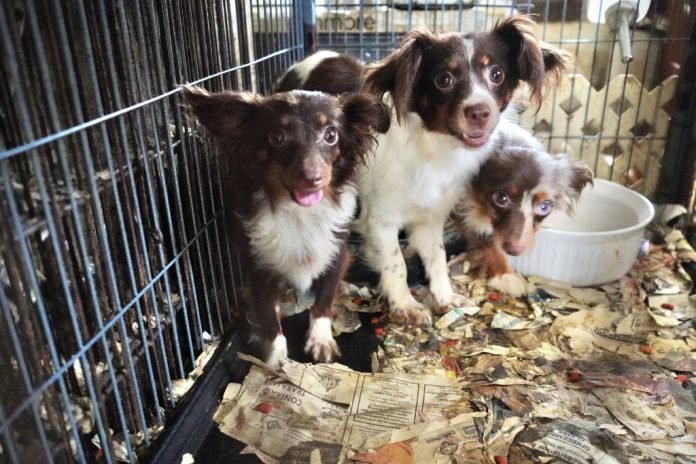 At the height of the coronavirus pandemic, animal shelters across the country experienced a surge in foster families and adoptions for their animals.

The scenario would be no different for SAVE, a nonprofit animal shelter in Montgomery Township, which protects homeless dogs and cats.

But while in 2020, a concern at SAVE would be about the potential influx of animal returns, once restrictions were loosened, a new normal becomes safer, and people return back to similar routines as pre-pandemic.

In 2021, even though some media reports are indicating an increase in animal returns to shelters for certain areas in the United States, SAVE has not currently experienced such a trend in Montgomery and the Princeton area.

“We are fortunate at SAVE. So far we have not seen a surge of returns in adoptions from families. Not even from our adopted pets or from other people trying to surrender a pet they adopted elsewhere,” said Heather Achenbach, executive director of SAVE. “We definitely are not seeing it yet. I say ‘yet,’ because I do not want to put the words out there and turn around tomorrow and that be incorrect.”

Achenbach credits a push by SAVE to have adopters understand especially when it came to taking home dogs that the animals would need additional care during the day.

“Dogs also tend to suffer more from separation anxiety, though cats do too, but we really tried with our adopters to explain, don’t let this happen to your pet. Make sure you are leaving them with a set up plan for when you go back to work,” she said. “I do not know if that is why we are not seeing the returns happening with the area that we serve or if people did what they are supposed to do in taking these animals home.”

According to Shelter Animals Count, a national organization with sheltered animal statistics, the national animal adoption rate increased at its highest point by 22% in April 2020 compared to 2019.

The data compiled from 1,225 shelter organizations, which was reported to Shelter Animals Count for its COVID-19 impact report, also showcased an increase nationally in cat adoptions by 17% in March (highest point in 2020) and 32% in April for the national dog adoption rate compared to 2019.

“We had a tremendous increase especially when the first stay-at-home orders were given. Our adoptions, we could not keep animals in the shelter – and that is cats and dogs,” Achenbach said. “Dogs were certainly popular. There was a lot of immediate attention to puppies, but the fact was senior dogs, adult dogs, adult cats, bonded pairs of cats were going home faster than we had ever seen.”

She added with the extraordinary adoption numbers she thinks the majority of animal shelters in the area experienced an animal shortage during 2020.

“Where we were all calling each other saying, ‘Hey, can I help?’ and laughing and saying, ‘I do not have any to share with you,’ ” Achenbach said. “So really we had to put in an extreme focus to going south to our southern partners in states such as Tennessee and Georgia. That is where we were getting our animals, because the shelters here were emptied.”

SAVE, which can house 25 dogs, emptied themselves of dogs during 2020.

The shelter can also house up to 75 cats.

“Multiple times we literally emptied the dog kennel to zero. We also would get ourselves to 15 or 20 cats that would be left housed with us, which is amazing by feline standards,” she said.

“There were animals that would typically spend weeks or months here, who were leaving within days in 2020. It went through the months of March, April, May, started to get a little less in June, July and by August and September we were reflecting our usual monthly adoption numbers,” Achenbach said.

The SAVE facility has the capacity to care for 100 homeless animals at a time.

With a shortage of animals during periods of 2020, the shelter which has 15 full-time and part-time staff members, the administration at SAVE had say to staff that they would potentially have to cut back their hours.

“For volunteers, we had already cut them back to zero because with the pandemic they were afraid to come in. We agreed that we would just use staff to keep it as safe as possible, but there were times when we had staff go a week or two without work, mostly for our kennel staff,” she said.

The shelter is now preparing for about 30 kittens who are out in foster homes, which are expected to come back to SAVE.

“We have the cage space for them. We also have the space additional animals. That is a non-issue,” Achenbach said. “We have 10 contracts with different municipalities to provide boarding service for stray cats and dogs for animal control.”

SAVE is still appointment only so that the number of people can be controlled in the shelter at any given time and can continue to be safe regarding social distancing.

The appointments also allowed for more one-on-one adoptions and would not impact the shelter’s adoption rate.

“Our real challenges end up being that we operate heavily with volunteer help and volunteers were gone, especially corporate volunteers,” she said. “We only just started bringing our regular volunteers back at the beginning of the year. Also managing staff fears and having them come in was actually hard to take care of until people started to accept the new normal.”

The shelter is currently looking for volunteers to commit to hours on a monthly basis.

“Our needs remain the same. With it being kitten season, kitten and cat food is much appreciated. Kitten supplies are at the top of our list,” Achenbach said. “We are looking for volunteers and people who want to be part of the SAVE family and foster families as well. But anything from our wish list would be appreciated.”

For more information about the wish list, volunteering, donating and SAVE, visit www.savehomelessanimals.org.