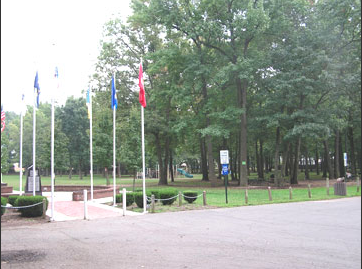 A Trenton-based company has been awarded a contract to install new lighting at Veterans Park.

Kane Communications LLC was awarded a contract for $109,295 for the job by the Lawrence Township Council at its May 18 meeting.

Kane Communications LLC, which was one of six bidders for the job, was the lowest responsible bidder. The bids ranged from Kane’s low bid of $109,295 to a high bid of $168,300.

The goal of the lighting project is to light up the asphalt walking path that winds through Veterans Park, off Oaklyn Terrace.

Earlier this year, the Township Council awarded a $7,000 contract to Clarke Caton & Hintz to study the path and to design lighting in consultation with Kelter & Gilligo Consulting Engineers.

“If anyone goes there at night, it’s really dark and it presents an unsafe situation,” Nerwinski said.