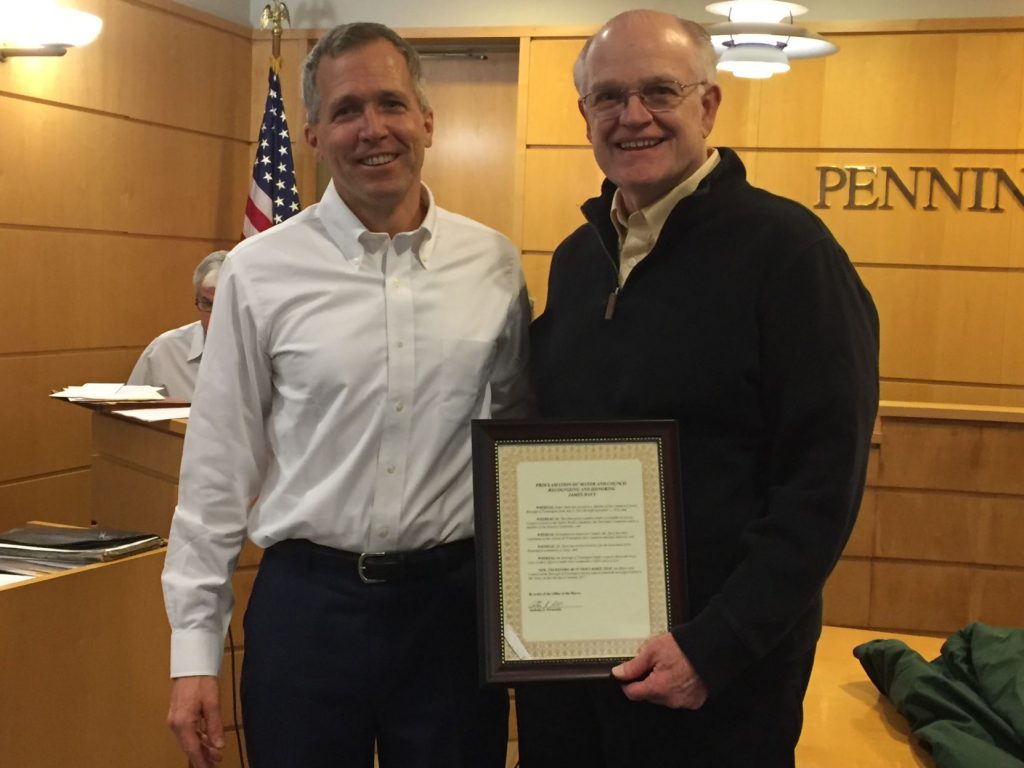 Davy was appointed through a unanimous vote by the Borough Council at a council meeting on June 7.

“James Davy brings a lot of experience to the position of mayor. He is a long time Pennington Resident who has previously served on Borough Council,” Council President Catherine Chandler said. “He is currently the Distinguished Practitioner in Residence in the School of Public Affairs and Administration at Rutgers University.”

“I really do appreciate the honor of the council considering, voting and authorizing me as the next mayor of Pennington. I am looking forward to working with all of you and I think we will continue to do great things for the town of Pennington,” Davy said after his swearing in on June 7. “Pennington is a town that I love. I have been connected to Hopewell Valley for 42 years and 19 of the years as a resident of Pennington.”

He added that he hopes to continue to preserve, protect and advance Pennington’s hometown family environment as mayor.

Davy previously served on Borough Council from 2013-16. He was a former New Jersey commissioner of Human Services and worked as an administrator for Hopewell Township.

“Jim will be fantastic. He served on council before and he knows what is going on and the people involved,” Lawver said. “With his past professional experience he understands how small municipalities need to run efficiently and he is a great person to see that the borough continues to do that.”

“My wife and I had some plans that basically came together sooner than we expected,” Lawver said to the Hopewell Valley News about his decision to resign. “For instance, we are building a house in Princeton that we did not think was going to happen this fast, but for variety of reasons it did. That is what drove the timing, nothing else outside of personal circumstances coming together faster than expected.”

Through more than 10 years of municipal public service, Lawver has served on the Borough Council and as the governing body’s council president, prior to becoming Pennington’s mayor.

“Joe (Lawver) has left an impact. Not just from his short tenure as mayor but from his many years as council member. As mayor, Joe safely steered us through the pandemic,” Chandler said. “He was also key in the transition from a director of public safety to hiring a police chief. He kept a sharp eye on expenditures as well as maintaining a road maintenance program. I think the processes and procedures that he created will serve Pennington well in the future.”

Lawver was appointed mayor in December of 2018 after the retirement and resignation of the late former Mayor Anthony Persichilli that same month.

Lawver completed the rest of Persichilli’s unexpired term in 2019 and would earn a full-term as mayor following his appointment in late 2018.

He said he won’t rule out a future run for public office.

“I am not going to say ‘no’ to that. I will continue to be engaged in building strong communities – that is what makes me happy and excites me,” Lawver said. “Whether that is working as community volunteer at the Pennington Library or help lead the Hopewell Valley Mobile Food Pantry, I will be involved in building strong communities in whatever way or opportunities that present themselves.”

Currently, Lawver will also temporarily serve on Pennington’s Planning Board.

“But other than that I will still involved in Pennington as a volunteer,” he said.

His highlights of serving as mayor include the people such as residents, other elected officials, staff and professionals the borough works with.

“The staff that we have and professionals we work with are by far and away the highlight. They are a fantastic group of individuals who really come to work to perform the task at hand and figure out the best way to build this community,” Lawver said. “The accomplishment I’m certainly excited about is Pennington making the carbon-free pledge by 2035, which is an opportunity for a small town like Pennington to lead.”

Other accomplishments Lawver pointed to had been bringing Hopewell Township and Hopewell Borough together with Pennington to invest in the existing senior center, while plans for another community center evolve and develop.

“Another one I would point to is building a culture of long-term planning in the borough. And Glen Griffiths was great in this regard, too,” he said.  “If you ask us today, we can tell what our next four or five road projects and these are the kinds of investments we are going to be making. Having a capital plan and understanding the budgetary impacts four or five years out.”

The most challenging period as mayor has been dealing with the COVID-19 pandemic and figuring out how to continue to serve the Pennington community and keep employees safe, Lawver added.

“The most challenging period was COVID-19 hands down,” he said. “We had to reinvent the way we did things and then we had to work very closely with Hopewell Township, Hopewell Borough and Health Officer Stephanie Carey from Montgomery Township and ultimately Health Officer Dawn Marling from Hopewell Township to quickly vaccinate our most vulnerable populations. Pennington leads – if not the state – we certainly lead the county in vaccination rates.” 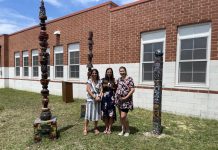