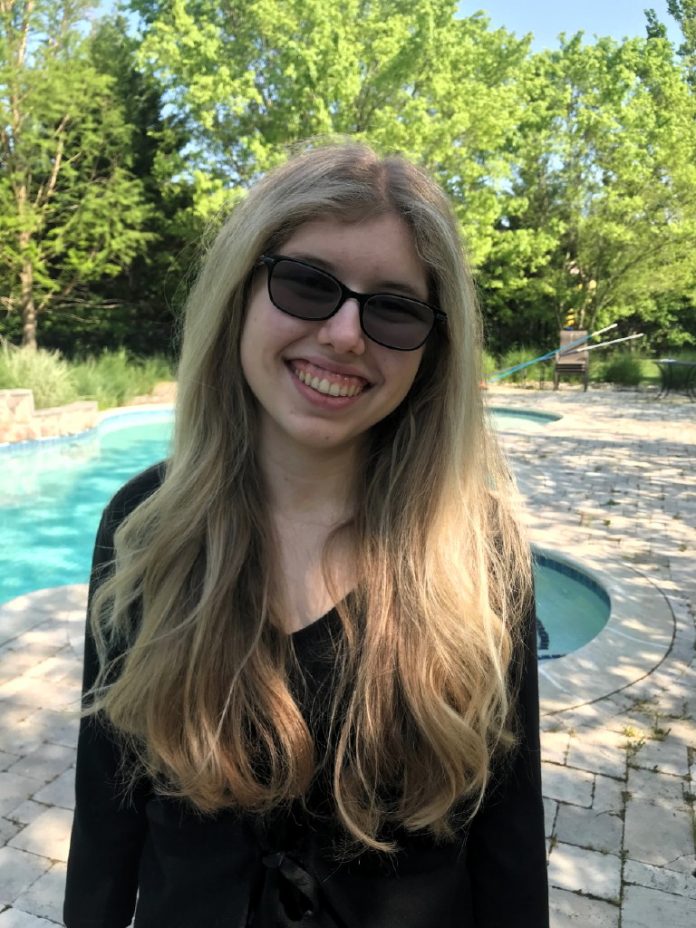 One of the students who is receiving an $8,000 scholarship is Kaleigh Brendle of Freehold Township, who is graduating from Howell High School and will be attending Villanova University, Villanova, Pa., according to a press release from Lighthouse Guild.

Kaleigh said her “ultimate goal is to use the skills I have been given to better the world in some way, or leave some type of positive impact.

“Last May when the College Board denied students Braille on the 2020 Advanced Placement exams, I filed two class complaints with the U.S. departments of education and justice, and worked alongside many incredible lawyers.

“I wrote the initial complaint and the final settlement agreement, and even represented the students in verbal negotiations with the College Board executives. After we ultimately prevailed, I knew I desired to be working on cases like that for the rest of my life,” Kaleigh said.

The young woman went on to say she aspires to earn her undergraduate degree in English so she can enter law school with critical thinking skills and a mastery of the written and spoken word.

“I would love nothing more than to be the first blind individual to serve on the Supreme Court,” Kaleigh said.

Lighthouse Guild scholarships are based on strong academic accomplishment and merit to help students who are legally blind make a successful transition to college and graduate school.

The 2021 recipients are from diverse backgrounds and will be attending some of the nation’s most competitive universities, according to the press release.

Since 2005, Lighthouse Guild’s Scholarship Program has awarded approximately $2.6 million in scholarships to outstanding students from around the country, according to the press release.

“We are particularly pleased to provide scholarships this year during a time when COVID-19 has presented unprecedented challenges for students who are visually impaired,” said Dr. Calvin W. Roberts, president and CEO of Lighthouse Guild.

“I commend these outstanding students for their perseverance and academic achievements and wish them success in their future careers,” Roberts said.

Lighthouse Guild’s podcast series, “On Tech & Vision with Dr. Cal Roberts,” offers information and insights about technological innovations that are removing barriers for people who are blind or visually impaired, according to the press release.