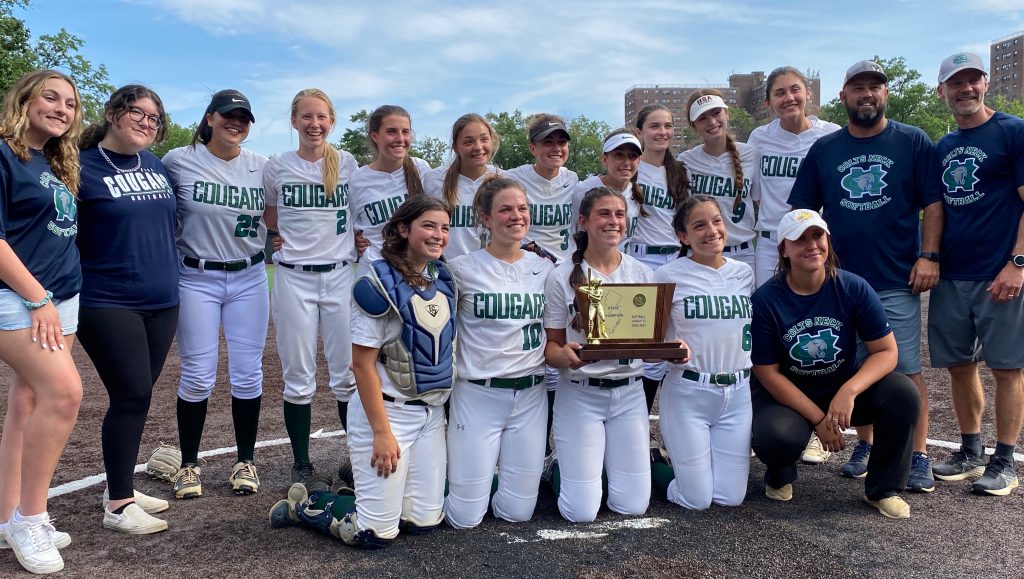 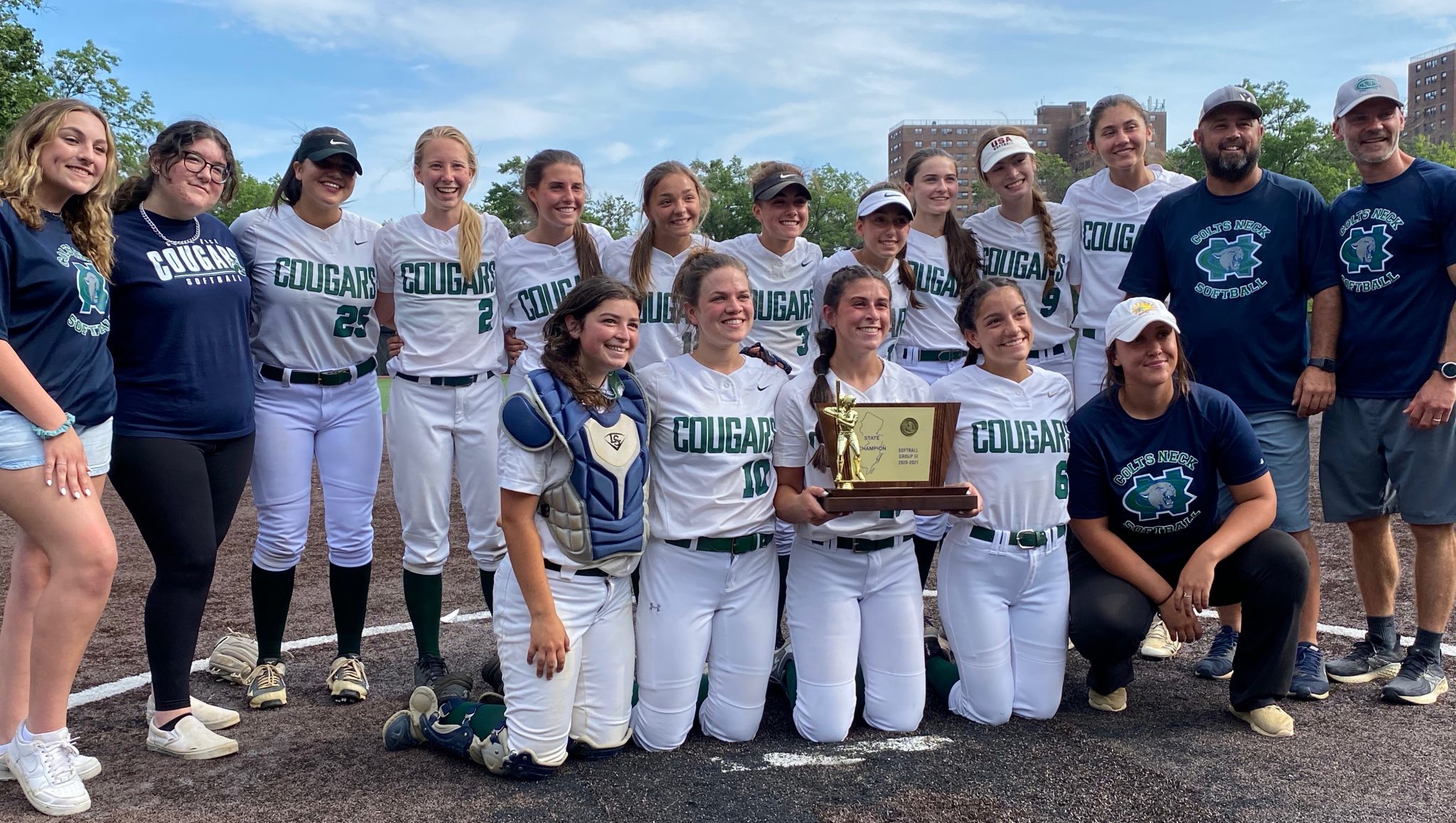 History has been synonymous with the Colts Neck High School softball team during the 2021 season.

After winning their first NJSIAA state sectional tournament title and a Monmouth County Tournament crown in the span of a week, the Cougars (28-1) claimed the NJSIAA Group III state championship with a 2-0 victory over Cranford High School of Union County on June 18 at Seton Hall University, South Orange.

“I honestly couldn’t have asked for a better game,” Metzger said. “I didn’t give up any runs and only gave up two hits and had eight strikeouts.”

Metzger struck out 16 hitters in Colts Neck’s 10-1 victory over Steinert High School of Mercer County a week earlier to lock up the Central Jersey Group III state sectional tournament championship. She has 308 strikeouts in 2021.

At Seton Hall, the Group III state championship game was scoreless heading into the top of the fifth inning as Colts Neck came to bat. Senior Melissa Deissler drew a four-pitch walk with the bases loaded to score Cassidy Relay for a 1-0 lead.

Relay was 4-4 with three singles and a triple in the title game.

In the top of the seventh, Relay singled and then scored on Metzger’s double with two out to forge a 2-0 lead.

“I knew I had to get that one extra run in to secure our win,” Metzger said. “It’s so surreal to be ending my senior year as a state champion.”

In the bottom of the seventh, Metzger worked around a one-out walk by striking out the final two Cranford batters to bring the Group III crown to Colts Neck.

The Cougars will advance to the Tournament of Champions, which will feature all of the Group champions.