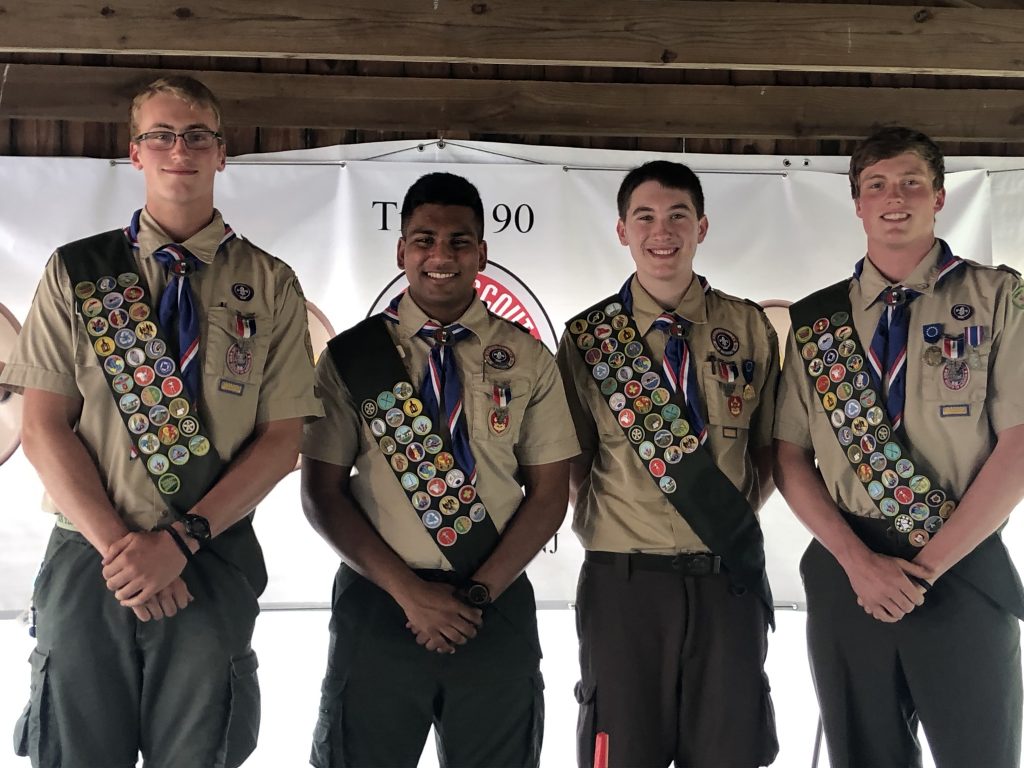 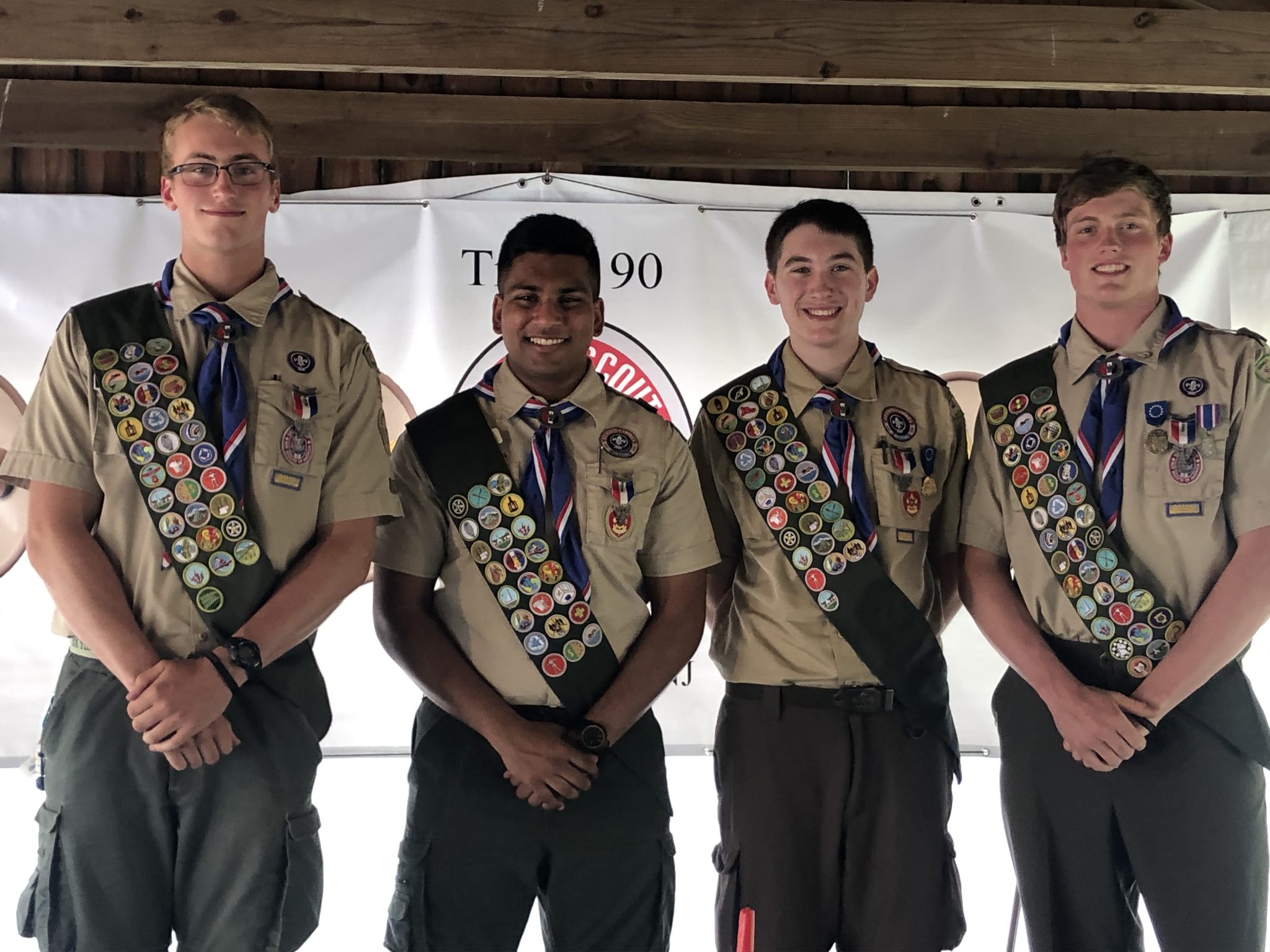 As members of Troop 90, all four showed their commitment to the aims of scouting: character, citizenship, personal fitness and leadership.  n order to do so they earned at least 21 merit badges covering a wide range of knowledge and skills and served as guides and instructors in the youth-led troop.

They then proved their commitment through service to the community, supervising teams of volunteers in their Eagle project. The Carlsons each performed significant renovations at American Legion Post 401 in Monmouth Junction. Thomas built and installed new benches and planted trees at Kingsley Park in Kendall Park. Drew built and installed an instrument organization system for South Brunswick High School.

Through these efforts they became part of a select group: only 6% of Scouts BSA members ever attain this honor.

The four new Eagle Scouts were recognized in ceremonies held on May 2 at Reichler Park.

Boy Scout Troop 90 is chartered by Grace Presbyterian Church in the Kendall Park section of South Brunswick. For over 50 years, the troop has been dedicated to promoting the aims of scouting to the youth of South Brunswick. The scouts have served the community through over 90 Eagle projects as well as recurring annual service for the South Brunswick food pantry, grounds maintenance at the Vunk-Quick cemetery, and honoring veterans through Memorial Day services in conjunction with VFW Post 9111.

* This information was provided by Minesh Joseph, Troop 90 committee secretary. 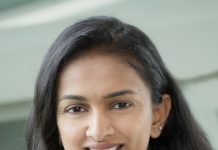 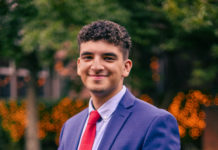