MARLBORO – The members of the Marlboro Township Council have introduced an ordinance that will, if adopted, prohibit the operation of any class of cannabis licensed business in the municipality.

“We understand (adult use marijuana) is legal, but we don’t believe it adds to the value of residents in Marlboro in terms of sale and production,” Mayor Jonathan Hornik said following the June 17 introduction of the ordinance.

The ordinance states the council members have “determined it is necessary and appropriate, and in the best interest of the health, safety and welfare of Marlboro’s residents and members of the public who visit, travel or conduct business in Marlboro to prohibit all classes of cannabis establishments, distributors or delivery licenses and
services anywhere in Marlboro.”

The potential action in Marlboro follows the New Jersey Cannabis Regulatory, Enforcement Assistance, and Marketplace Modernization Act, also known as A-21, which was approved by state legislators in February after New Jersey residents voted in 2020 to approve a constitutional amendment to legalize marijuana.

Marlboro’s council members are proposing to not issue any type of cannabis license. They may not, by law, prohibit the delivery of cannabis and cannabis supplies in Marlboro by a delivery service that is licensed in another municipality. 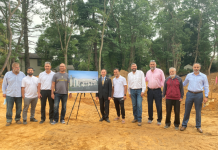 Letter to the Editor: Speaking about mental health removes stigma