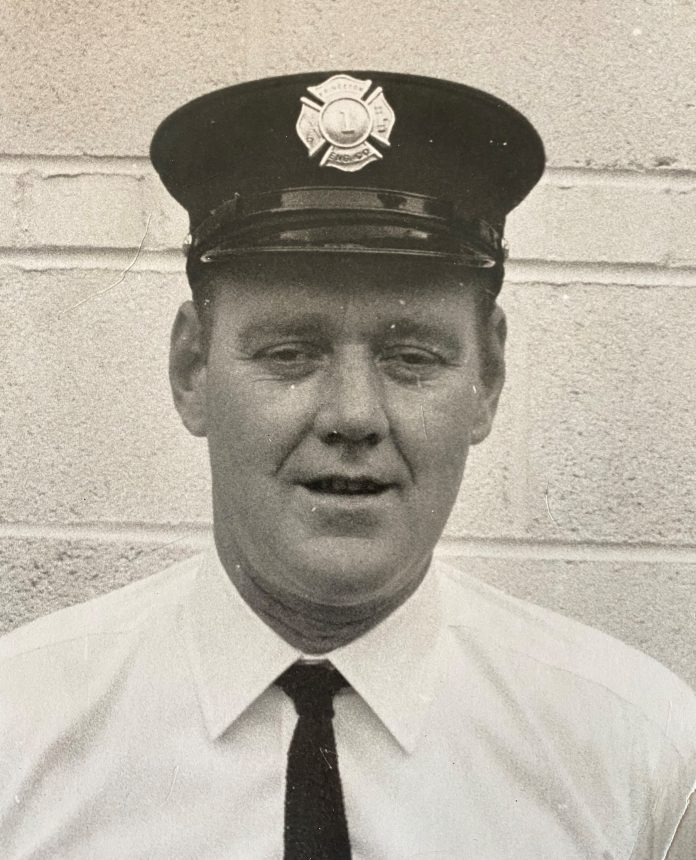 Andrew “Bucky” Cupples, 93, of Princeton passed away peacefully on June 25, 2021 at Stonebridge at Montgomery Assisted Living in Skillman. He was born, raised, and a lifelong resident of Princeton. He was a three sport athlete at Princeton High School playing baseball, football, and basketball. He was inducted into the Princeton High School Athletic Hall of Fame in the 2000’s.  After high school he enlisted in the United States Army and served during the Korean War.  After returning home he met his lifelong wife of 60 years Teresa B. Cupples. Bucky was an active Firefighter with Princeton Engine Co. #1 with over 60 years of service and also worked and received service awards from the Princeton American Legion as well.  Bucky is considered one of the last few remaining “Townies”.  He loved Princeton and enjoyed raising his children and grandchildren there.  Always attending Princeton University sporting events and parades down Nassau St.

Visitation was held on Thursday, July 1, 2021 from 6-8pm at The Mather-Hodge Funeral Home, 40 Vandeventer Ave. Princeton, NJ 08542. Funeral service and burial will be private.

In lieu of flowers donations may be made to the Princeton Engine Co. #1 / Princeton Fire Department, 363 Witherspoon St. Princeton, NJ 08540.