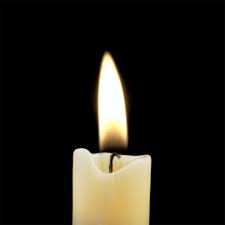 A 23-year-old Hamilton Township man was killed when the car in which he was riding was broadsided by another car on Route 1 south, near Carnegie Center Boulevard, at 3:30 a.m. June 26, according to the West Windsor Police Department.

The Volkswagen Passat in which the victim was riding had been involved in a crash moments earlier, police said. The driver lost control of the car, which left the roadway and struck a utility pole, a street sign and another utility pole before coming to rest in the center lane of Route 1 south.

The car was disabled after the initial crash, and stopped with its passenger side facing oncoming traffic in the center lane of Route 1, police said. That’s when a Chevrolet Cruze sedan, also traveling south on Route 1, struck the front passenger side of the Volkswagen.

The victim was trapped in the front passenger seat of the Passat and had to be cut out of the car. He was taken to Capital Health Regional Medical Center in Trenton in critical condition, and later died of his injuries, police said.

The 24-year-old driver of the Volkswagen Passat and two rear seat passengers, ages 24 and 26, suffered serious injuries. They were also taken to Capital Health Regional Medical Center. The driver lives in Hamilton and the rear seat passengers live in Trenton.

The driver of the Chevrolet Cruz, who was identified as a 50-year-old Willingboro resident, was taken to Penn Medicine Medical Center in Plainsboro Township for treatment of minor injuries, police said.

Because of the severity of the crash, additional resources were requested, including the Plainsboro Township Police Department and the Mercer County Prosecutor’s Office Serious Collision Response Team, police said.

The accident is under investigation, and no charges have been filed.