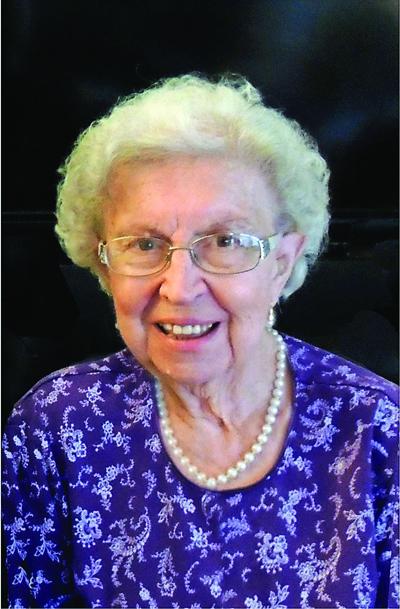 Born in Larksville, Penn., Betty moved to Newark, N.J., at a young age and married Gerald “Jerry” Gray in 1949 before moving to Spotswood, where they lived for most of their married life. Jerry died in 2011. Betty moved to Newton, Mass., in 2013 and then to Princeton Care Center in 2020.

At a time when women, especially mothers with young children, did not work outside the home, Betty worked nights as a bookkeeper for Prudential Insurance Company in Newark in the early 1950s before moving to Spotswood. She became a Tupperware dealer and eventually managed a team of dealers, a position she held for many years. In the mid-1970s Betty returned to full-time work as an executive assistant in the undergraduate admissions office at Rutgers University, before retiring as executive assistant to the director of the Associate Alumnae of Douglass College in 1997.

Betty was an active member of Immaculate Conception Church Choir for more than forty years and enjoyed participating in the Ocean Grove Choir Festival yearly. She was actively involved in church activities, especially Immaculate Conception School. She was a Girl Scout leader in Spotswood for many years and was a longtime member of the Ladies Auxiliary of the Spotswood Fire Department. She and Jerry enjoyed traveling extensively in the United States and throughout the world, often with their “club,” five couples from West Side High School in Newark who maintained a friendship for more than 75 years.

Betty is survived by two sisters, Marie Bauman and Josephine Kubovcik, both of Massachusetts, and her children: Barbara Flanagan and her husband, David, of Brookline, Mass.; Linda Flanagan and her husband, James, of Sag Harbor, N.Y.; William Gray and his wife, Stephanie, of Princeton, N.J.; and Maryellen Smith of Waltham, Mass. In addition she leaves nine grandchildren, Erin Flanagan Manning and Megan Flanagan LaForge, Michael and Thomas Flanagan; Michael Anna Gray, Corrie Gray Garcia, and Abigail Gray; and Hannah and Sarah Smith; and seven great-grandchildren.

Contributions may be made in memory of Elizabeth Gray to the Dementia Society of America, PO Box 600, Doylestown, PA 18901 or online at www.DementiaSociety.org/donate. 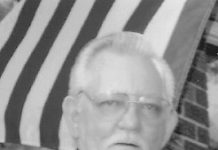 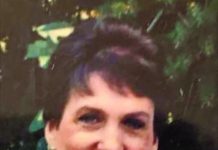