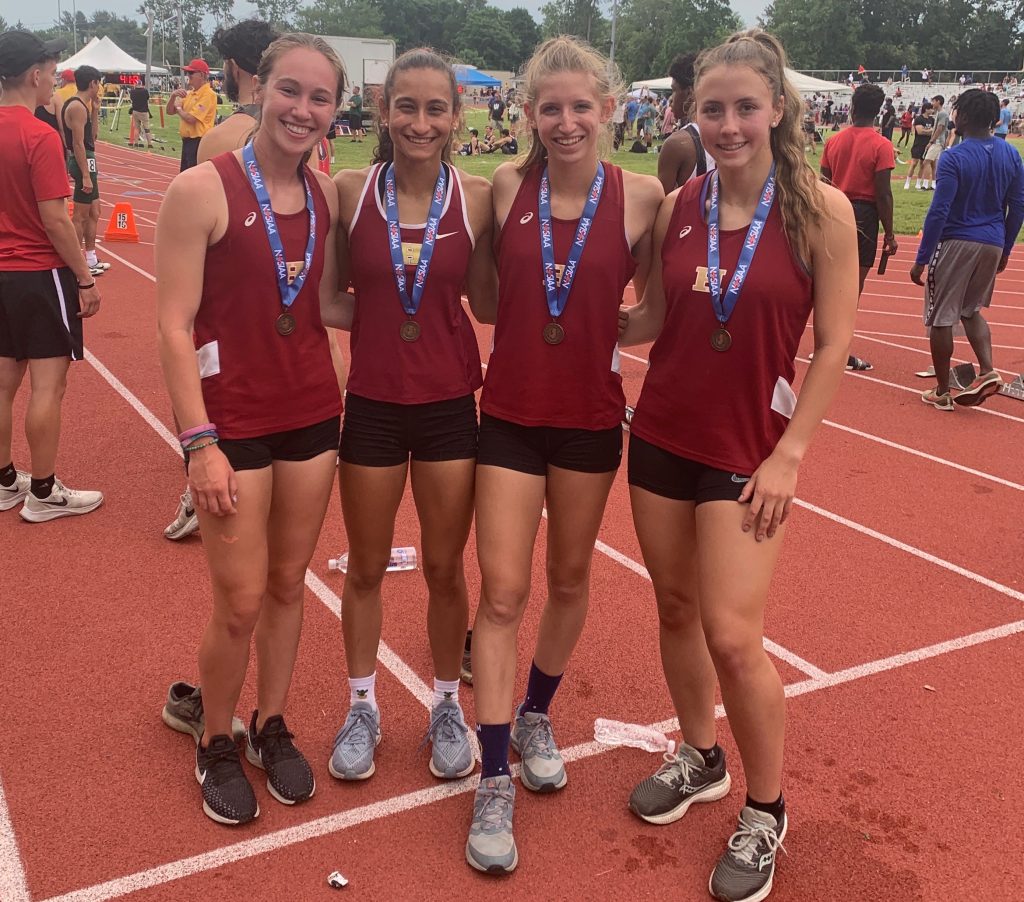 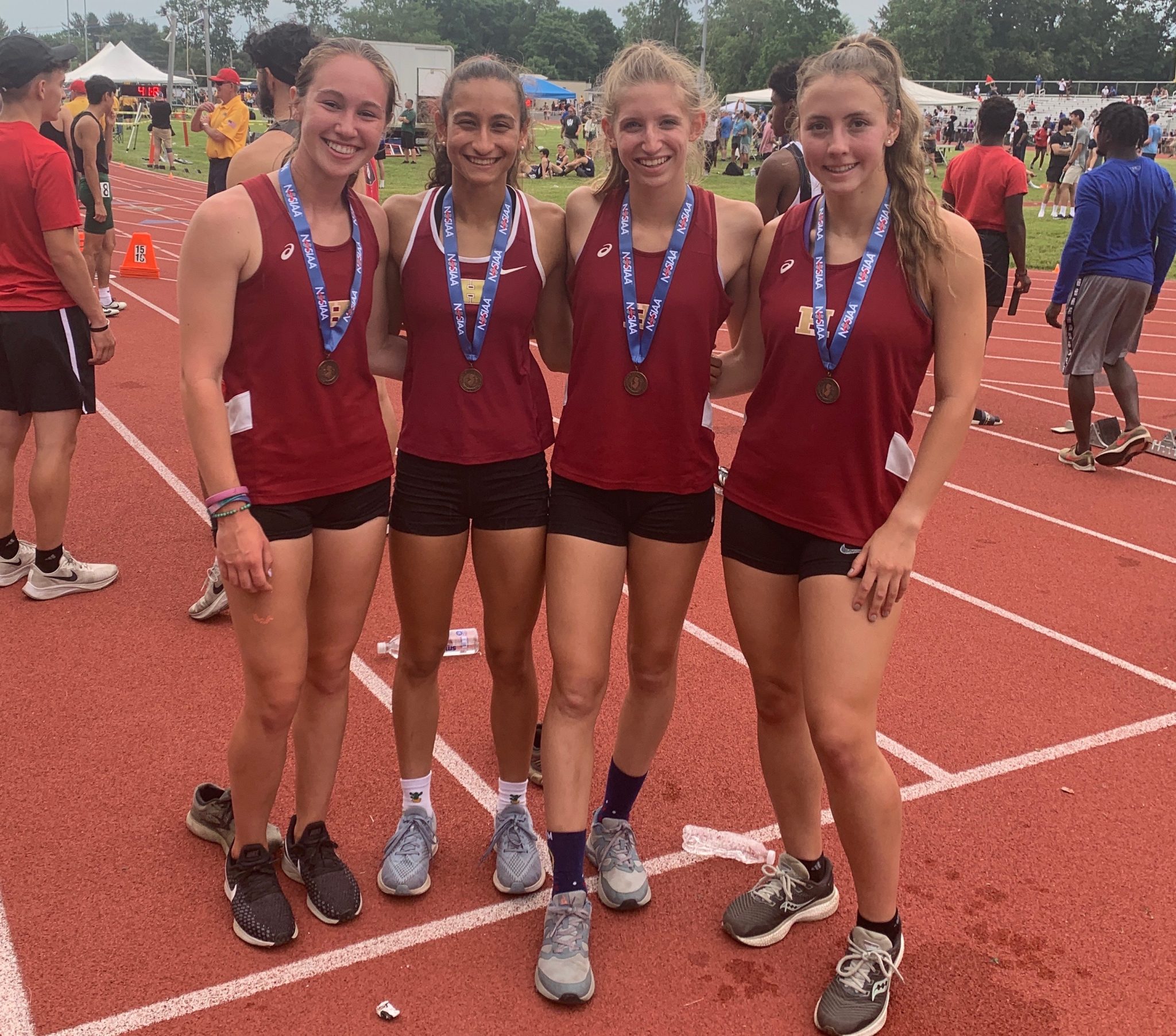 The end to a tremendous senior season for Hillsborough High School girls track and field star Kirstyn Schechter will come to a head this weekend when the best of the best across the country compete at the 30th annual Outdoor Nationals in Eugene, Oregon.

Schechter will compete in both the 100- and 400-meter hurdles and be a part of the Hillsborough 4×400 relay squad that will race at the event as well.

“I’m very excited,” Schechter said about competing at nationals. “I’m excited to feel the energy on the same track that held the Olympic Qualifiers last week.”

This will be Schechter’s second time competing at nationals, her first time in 2019 as a sophomore.

Losing out on her junior season because of the coronavirus pandemic didn’t stop Schechter from achieving excellence this past spring.

Taking advantage of every day she had to train in the offseason, Schechter’s hard work paid off in helping Hillsborough win both a sectional and conference overall team championship.

The senior brought home a bronze medal or better in her four events at the state sectional tournament, claiming a gold medal in the triple jump and being a vital part of Hillsborough’s first-place finish in the 4×400 meter relay race.

“I wanted to make my senior year the best it could be,” Schechter said. “It feels very rewarding.”

It was a great sectional tournament overall for Hillsborough, which had four athletes score in all four events they competed in, which led to the Raiders scoring an NJSIAA Central Jersey, Group IV tournament record of 137.25 points.

“Winning the sectional championship was very rewarding,” Schechter said. “It was nice to see everyone on the team do their best to help us win.”

On May 20 during the Skyland Conference Championships, Schechter was a gold medal machine in both the 100- and 400-meter hurdle races, beating teammate Jayde McDermid both times for her two first-place finishes.

She went on to add two silver medals at the conference championships, finishing second in the triple jump and helping Hillsborough place second in the 4×400 meter relay.

Having great success individually and seeing her team accomplish a lot this spring meant a lot to Schechter, who knew Hillsborough had the talent last year to achieve a lot and have a great season.

“We knew what we were capable of last year and wanted to show it with the people we had coming back this year,” Schechter said. “We all worked really hard to get better and make this year just as good as it could’ve been last year.”

Hillsborough won the NJSIAA Group IV indoor girls track and field championship in 2020 before the pandemic canceled the 2020 spring season.

Schechter added more medals to her ledger this spring during both the NJSIAA Group IV Championships and Meet of Champions.

During Meet of Champions on June 19 at South Plainfield High School, Schechter secured a bronze medal in the 400-meter hurdles, while also helping Hillsborough make history with its third-place finish in the 4×400 meter relay race.

Schechter, McDermid, Sia Mahajan and Sarah Wnorowski teamed up to break a program record in the 4×400 meter relay with a time of 3:52.56.

The same squad scored a time of 3:54.49 at the NJSIAA Group IV Championships to place second in the event and qualify for nationals.

Schechter is looking forward to having one last “run” with her 4×400 relay team at nationals and believes the team can make history by breaking the program record again.

“We’re hoping to break it again at nationals,” she added.

Schechter will continue to run at the collegiate level next year as part of the Syracuse University women’s track and field team.